You’re probably already aware of the more obvious service station no-no’s, such as not smoking or striking a match, ever. But servo safety is about much more than that. Here are nine safety tips to keep in mind when you’re next filling up your car.

1. Turn off your engine when filling your tank 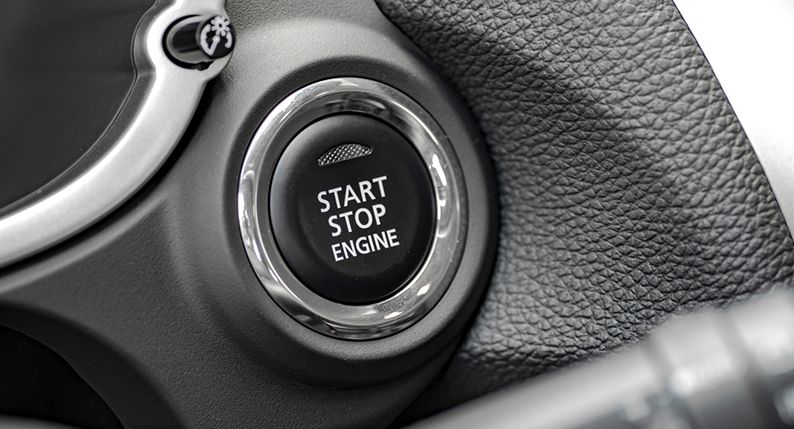 It’s common knowledge that you should turn off your engine before refuelling, but most of us don’t realise that it’s actually the law.

When you’re filling your tank, ensure your engine is off and your keys are out of the ignition and in your pocket. This way, there’ll be no chance of anyone in the car accidentally turning on the engine when you’re part-way through the fill.

2. Don’t ever smoke, use a lighter or light a match 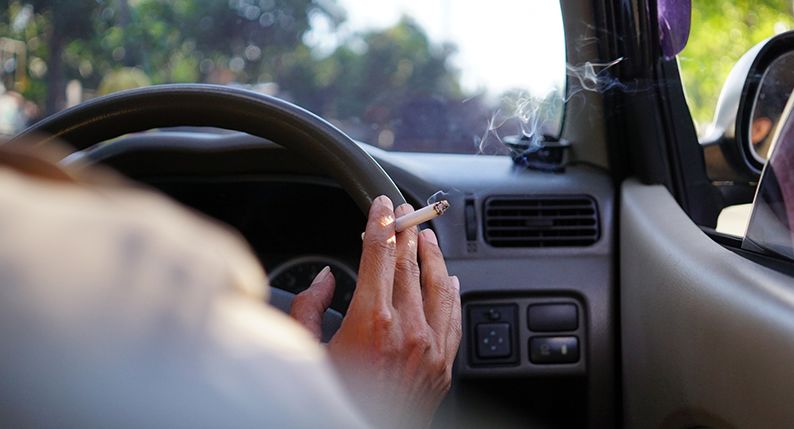 Obviously, smoking in any service station — or using a lighter or matches — is extremely dangerous behaviour, due to the risk of ignition and fire.

it’s illegal for anyone (not just you as the driver) to smoke inside a service station. That includes smoking inside a parked vehicle with the windows up. You must, by law, put out any cigarettes before you enter the service station grounds.

Want more of the same? Have a look at these

3. Don’t use your mobile phone The reason we’re told not to use mobile phones at service stations is that mobiles have been known to cause sparks that can ignite petrol vapours.

While not everyone is convinced by this advice, it’s hard to argue against the fact that using a mobile phone while you’re filling up can distract you and lead to other hazards, like over-filling your tank or not paying attention to what’s happening around your vehicle.

For these reasons, it’s best to leave your phone in your pocket or tucked away in your glove box while you’re filling up your tank. 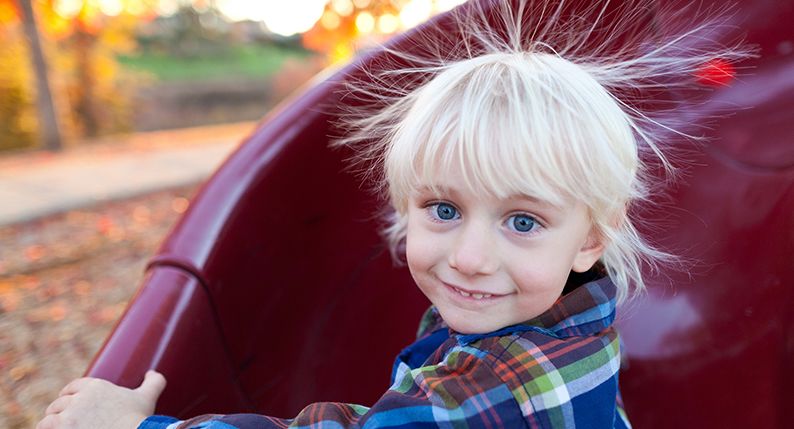 Aim to discharge any static before you reach for the pump nozzle. You can do this by touching the metal parts of your vehicle. Static electricity is produced by friction, and it can cause sparks.

“A static electric charge can develop on your body as you slide across the seat, and when you reach for the pump, a spark can ignite [petrol] vapour,” cautions the National Fire Protection Association.

“If you must get into the vehicle during refuelling, discharge any static electricity by touching metal on the outside of the vehicle, away from the filling point, before removing the nozzle from your vehicle,” they advise.

According to the American Petroleum Institute, static electricity-related incidents at retail fuel outlets are extremely unusual: “The potential for them to happen appears to be the highest during cool or cold and dry climate conditions,” they advise.

“In rare circumstances, these static-related incidents have resulted in a brief flash fire occurring at the fill point.” 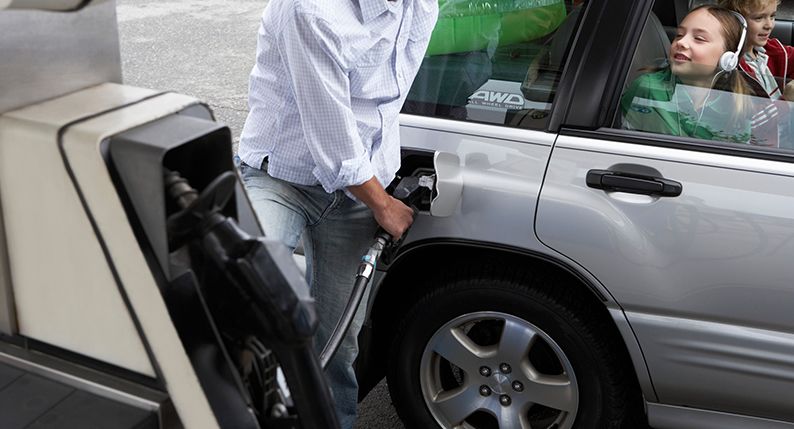 By law, only people aged 16 years and over can fill up a vehicle’s fuel tank.

Children, especially younger children, shouldn’t be encouraged to refill or be near an adult who’s refuelling. Keep the kids safely buckled inside the car with the windows up until you’re done.

6. Be aware of the potential of theft 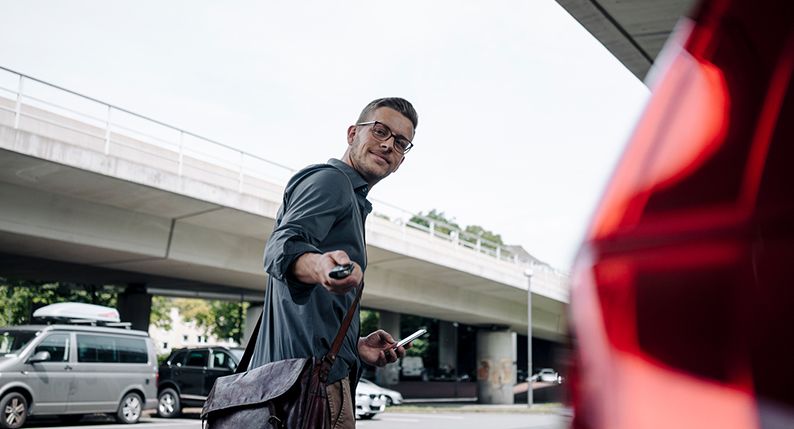 Theft at service stations does happen. It’s easy for a thief to quickly enter your unlocked car and grab items like a handbag, mobile phone or other valuables if they are left in plain sight when you go inside the store to pay for fuel or buy other items.

Be aware of the potential of theft. Most service stations have a few parking spots out the front of the store — consider driving away from the pumps and parking there while you pay to avoid being in a situation where a thief could easily enter your vehicle. Always lock your car when you’re refuelling and inside the service-station store. 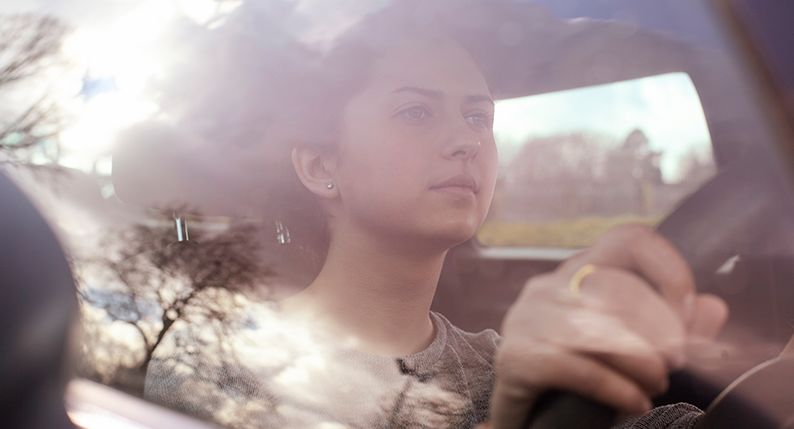 Servos are busy places. There are cars driving in and out as well as people walking to and from their cars, including parents with young children.

Always drive slowly and cautiously in a service station. And of course, make sure the nozzle has been placed back in the dispenser before you drive away.

8. Be careful when storing or handling petrol If you’re filling up a fuel container (as opposed to the tank in your vehicle), store it well out of reach of any children and in a ventilated area. Remember that you can’t dispose of fuel in a drain or in the environment — if you’re unsure, speak to your local service station staff about the best way to dispose of unwanted fuel.

As it’s illegal to fill a non-approved container with petrol, make sure your storage devices are compliant and labelled at all times. Generally, approved containers should be metal or plastic; you can buy them from any petrol station.

Keep in mind that petrol can be harmful when you are exposed to it for long periods of time. It can also irritate your skin or eyes and damage clothes. Any clothes or body parts that come into contact with petrol need to be washed with water immediately.

9. Campervans: Turn off your pilot lights 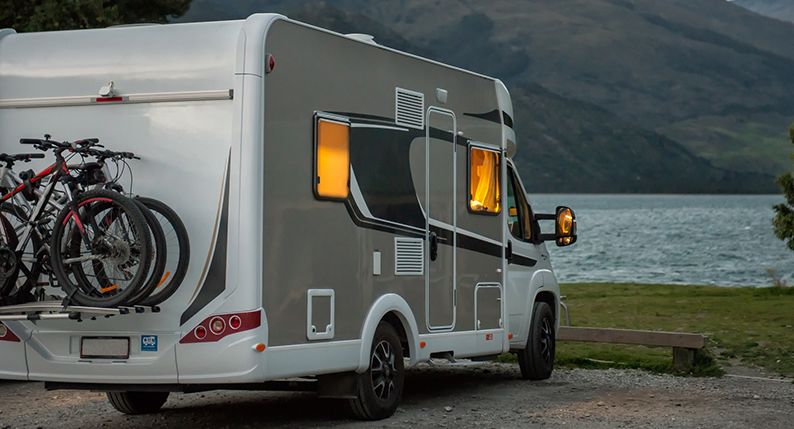 Pilot lights are the small gas flames that light larger ones in ovens and fridges in vehicles such as campervans, caravans, food vans and boats. The law states that all pilot lights must be extinguished before entering a service station.

What should service station staff know?

Service station staff should know how to deal with situations such as leaks and spills as well as emergency evacuations. While emergencies at service stations are unlikely, you can avoid unsafe situations by being sensible when you’re filling up your tank. If ever in doubt, speak to the manager on duty.

The best used dual cab utes for families in Australia

The essential road trip checklist for 2020

Used car buying guide: How to buy a used car

Staying focused while on the go