Which states and cities in Australia have the most motor vehicle thefts? 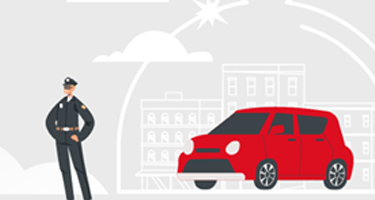 During 2021, there were over 20 million registered motor vehicles on Australia's roads, and between 2020 and 2021 the national fleet increased by 1.7%. According to our research 2021 saw more than 190,000 motor vehicle thefts and thefts from motor vehicles across Australia.

We have analysed local government and national crime and police data[1] to reveal the most crime prevalent areas across the country for both motor thefts and thefts from motor vehicles. Take a look at our findings in the graphics below to see which states and cities top the list.

Which Australian states have the most motor vehicle thefts?

There were a total of 55,427 vehicle thefts across the country during 2021, but when it comes to states that suffered the most from motor vehicle crime, it’s Queensland that takes the top spot. With over 15,805 thefts in 2021, the state sees a motor theft crime rate of 3.7 per 1,000 vehicles.

The Australian Capital Territory saw the lowest total number of motor thefts during 2021, with just under 1,500. However, when it comes to figures by 1,000 vehicles, the Australia Capital Territory ranks second for motor vehicle thefts, with 4.5 per 1,000. New South Wales sees the lowest figures for average theft rate per 1,000 vehicles with 1.8, followed by Tasmania with 2.1 and South Australia with 2.3.

Which Australian cities have the most motor vehicle thefts? 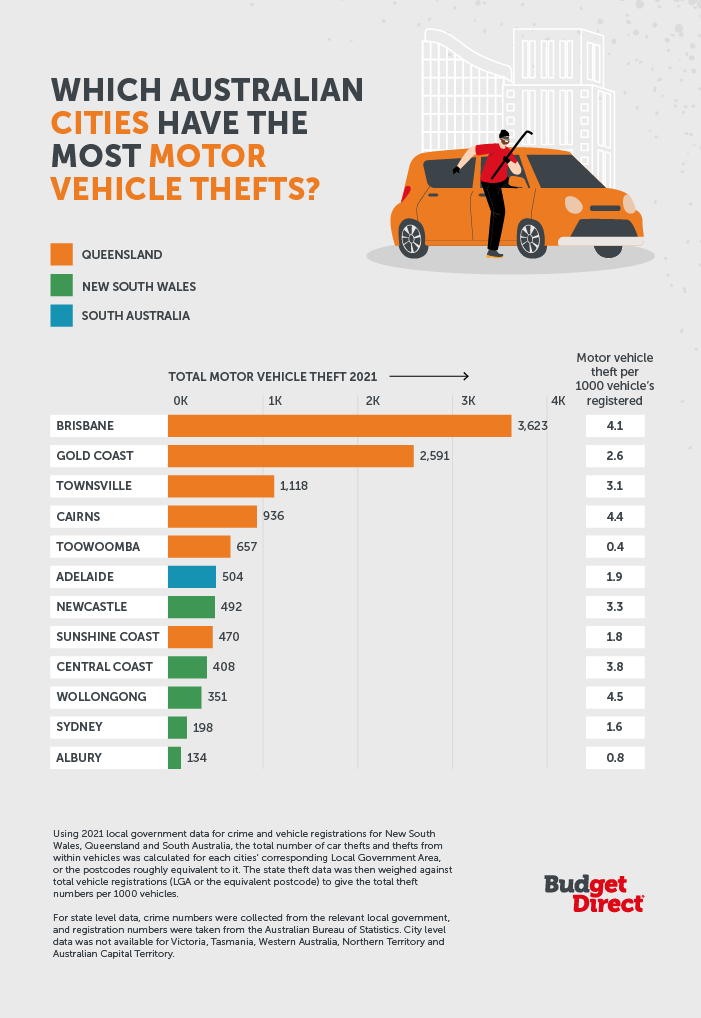 It is important to note that Brisbane has recorded the highest number of motor vehicle thefts in 2021, which could be attributed to Brisbane’s LGA which covers a much bigger area than other cities such as Sydney.

Which Australian cities have the most thefts from motor vehicles

Over the course of 2021, there were over 134,918 reported instances of theft from motor vehicles across the country. As the leading city for motor vehicle theft, it’s probably no surprise that Brisbane also tops the crime list for thefts from a motor vehicle, with over 7,400 crimes reported. Similarly, Albury was the city with the lowest number of reported thefts. It is important to note that Brisbane has recorded the highest number of thefts from motor vehicles in 2021, which could be attributed to Brisbane’s LGA which covers a much bigger area than other cities such as Sydney.

Using 2021 local government data for crime and vehicle registrations for New South Wales, Queensland and South Australia, the total number of car thefts and thefts from within vehicles was calculated for each cities' corresponding Local Government Area, or the postcodes equivalent to it. The state theft data was then weighed against total vehicle registrations (again, by LGA or equivalent postcode) to give the total theft numbers per 1000 vehicles.

For state level data, crime numbers were collected from the relevant local government, and registration numbers were taken from the Australian Bureau of Statistics. In some instances data was not available, as noted in the 'Sources' tab. 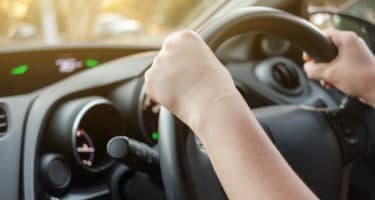 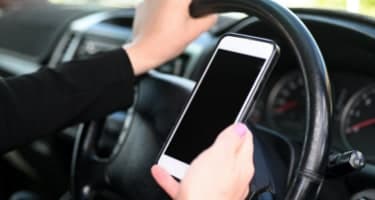