When you purchase a car, you tend to expect certain things from it. First and foremost, it should be able to get you from point A to point B. But beyond that, there are some very important considerations that should not be overlooked, and most important of those is safety.

After all, the very mechanical principles that allow aa car to function are also inherently dangerous when they fail to function properly. Internal combustion engines mix volatile fuel with oxygen and harness the resultant explosion for energy. Pistons churn and pump with enough force to shatter bone. The entire process is one of fast-moving synchronization, with each part relying on the others in order to operate effectively in a mechanical ballet of spinning metal.

So, when one or more of those parts fail, the entire system becomes one big threat to human safety. Unfortunately, not every new car that rolls off of the assembly line is built to meet the high safety standards that we as drivers have come to expect.

Sometimes corners are cut, defects are overlooked, and/or unforeseen potential dangers manifest themselves long after the fact. When these quality concerns are brought to light, car manufacturers are responsible to step in and make things right, and that means performing a recall. 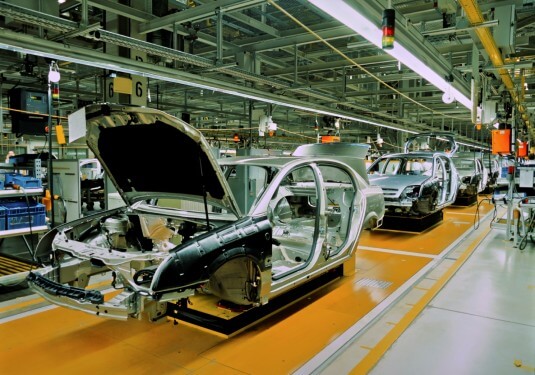 According to the Australian Competition & Consumer Commission:If a product or service presents a safety risk or is non-compliant with a mandatory standard or ban, it may need to be taken off the market or ‘recalled.

Recalls are expensive and time consuming for car manufacturers, and may even cause irreparable damage to a manufacturer’s reputation. Recalls can be an unwanted nuisance for car owners as well, who often see recalls as necessary precautions against unlikely scenarios. As such, they will sometimes choose to ignore recalls in favour of keeping the car that they have.

However, when manufacturers issue a recall, it is because of the presence of serious dangers. Those who ignore recalls and continue to use recalled vehicles put themselves and others at risk of property damage, injury, or even death. And, considering the record-high number of recalls that were issued in 2014, it appears as though recalls are becoming ever more common.

Here are nine interesting facts about auto recalls, and some insight into how this data might affect you.

1. 175 recalls were issued in Australia in 2014, totalling approximately 1.1 million vehicles.

In 2014, more cars were recalled in Australia than were sold that year. With millions of cars being recalled, Australians are finding that where once recalls were a rare event, now they are becoming increasingly common-place. 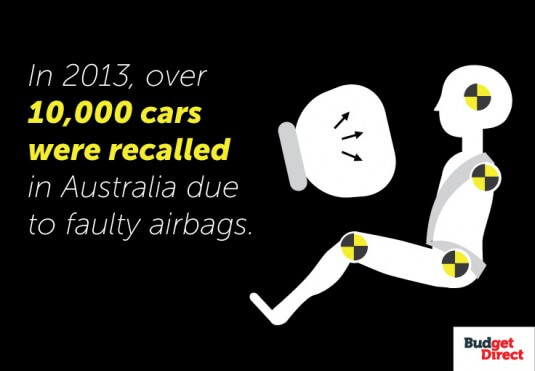 Sometimes, the very systems that are designed to protect drivers can be the cause of accidents. In 2013, a large number of cars were manufactured with improperly assembled passenger air-bag inflators, which could cause the airbags to deploy incorrectly in the event of a collision, and could even cause fires within a vehicle.

3. Don’t assume that just because no recalls have been issued on an older car that none will be.

Sometimes it takes a long time for a defect to be identified. During that time, many different models may be designed and released, all capable of the same malfunction. Don’t assume that just because no recalls have been issued on an older car that none will be. Be aware of any new recalls that are being issued, and take the time to do your own research.

Although we tend to think of certain cars as being intrinsically more dependable than others, the reality is that a recall may be issued for any vehicle, no matter the make or model. Don’t assume that just because you drive something that is expensive and high-quality, that it is without defect.

5. Mechanical defects play a part in up to 19 per cent of all vehicle accidents. 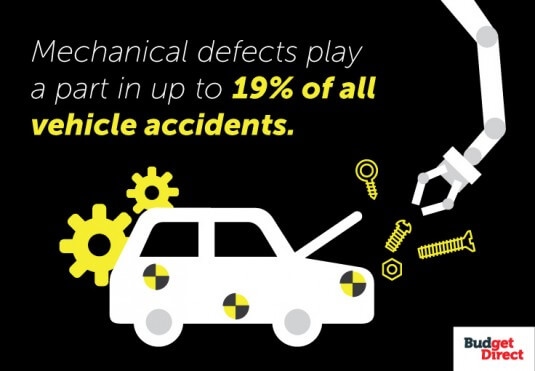 Although many vehicle accidents are a result of careless driving or other human-errors, approximately one in five vehicle accidents can be traced to mechanical defects in the vehicles themselves. These defects may be difficult to defend against, as they often provide no warning before causing a car to suffer a malfunction

6. Recall campaigns have affected 29 of the 51 passenger-car brands from January to September 2014

Over half of all passenger-car brands in Australia issued recalls in 2014, meaning that many drivers were actually more likely to be affected by recall notifications than not. Unfortunately, not all of the vehicles that were recalled were ever repaired, which means that a large number of automobiles on the road are being driven with known-defects.

7. Some cars sold in Australia were shown to have instruction manuals that failed to address certain issues

Not all recalls are issued as a result of mechanical defects; sometimes, something as simple as misprinted or incomplete manuals can necessitate a recall. Some cars sold in Australia were shown to have instruction manuals that failed to address certain issues regarding the use of child restraints. And while this recall would only affect specific drivers (namely those with children or who transport children), the fact that owner manual misprints can lead to recalls is one that owners should be aware of.

8. Some car manufacturers take bigger hits when it comes to recalls than others, clearly outpacing the number of vehicles sold for a given year.

When this happens, manufacturers see their profits—as well as their reputation—begin to dip. The good news is that, hopefully, the difficulty and expense that manufacturers endure in issuing a recall will lead to more attention to detail in the design and manufacture of future vehicle models.

That having been said, drivers should be aware of which brands have a history of releasing defective models, and take that information into account when making a purchase.

9. More vehicles were recalled in 2014 than in any other calendar year on record, with the exception of 2001

The number of automobile recalls has spiked in recent years, and it appears as though this is a trend that may continue for years to come. There are a number of factors that may be the cause of this increase. For one thing, regulatory agencies have begun to be more aggressive with manufacturers, forcing recalls where before they might not have. Another issue is that cars are becoming more complex, resulting in a greater number of potential defects.

Lastly, manufacturers themselves are beginning to realise that it is often better to come forward when defects are discovered, rather than attempting to cover them up.

New cars aren’t the only ones that are recalled

One of the biggest problems associated with car recalls is that often the vehicles being recalled aren’t new models. When potentially hazardous defects are discovered in older cars, many manufacturers have difficulty locating owners.

One of the biggest problems associated with car recalls is that often the vehicles being recalled aren’t new models. When potentially hazardous defects are discovered in older cars, many manufacturers have difficulty locating owners. This is because, while manufacturers and dealerships keep detailed records of a vehicle’s original purchaser, it can be much more difficult to keep track of cars that are later resold privately, especially when multiple resales have occurred over several years.

If you own a used car, then you should be sure to check with the ACCC on a regular basis to see if any recalls have been issued for your vehicle. A comprehensive list can be found here.

With the flood of recalls having been issued within the last year, many owners are beginning to ignore recall notices. The simple fact is that as recalls become more and more common, they also become less note-worthy.

As public coverage for every recalled vehicle increases, car owners begins to see recall events as being common-place. As a result, fewer vehicle owners pay attention to recall notices. This is especially true among vehicle owners who haven’t been able to notice anything wrong with their cars.

Between those that ignore recalls, and those whom manufacturers are unable to contact with recall notices, approximately 25 per cent of Australian recalled-vehicle owners never bring their vehicles in for the recommended repairs.

To them, if a vehicle is working properly, then why would they want to waste their time and effort in taking it back to the manufacturer for repair? The problem with this line of thinking is that it focuses only on obvious problems, when in fact, it can be the more dangerous issues are those that are not apparent.

In some cases, owners of recalled vehicles will never experience a system failure or obvious malfunction, but that in no way dismisses the presence of a potential defect.Between those that ignore recalls, and those whom manufacturers are unable to contact with recall notices, approximately 25 per cent of Australian recalled-vehicle owners never bring their vehicles in for the recommended repairs. 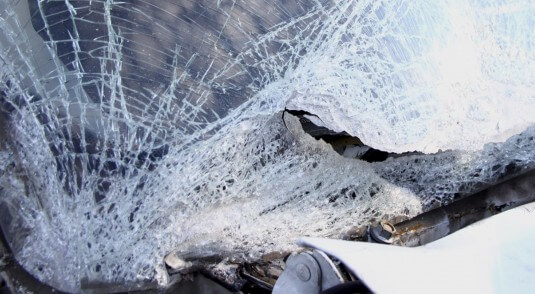 When a manufacturer initiates a recall, the cost of any recommended repairs made to the recalled vehicle are covered by the manufacturer, which means that lack of available funds shouldn’t be a deterrent to car owners who need to have their defective vehicles fixed.

But again, the reality is that a large percentage of used-car drivers never receive recall notices, and of the vehicle owners that do receive them, too many disregard them as unimportant. And while some recalls are issued for seemingly benign reasons, such as defective inflation of spare tyres, all recalls that are issued are done so for safety reasons.

Any vehicle that has been recalled but not repaired poses a threat not only to the driver, but also to passengers and others on the road.

Any vehicle that has been recalled but not repaired poses a threat not only to the driver, but also to passengers and others on the road. Recalls are not something that automotive manufacturers enjoy issuing—they are expensive and have a way of tarnishing a manufacturer’s reputation.

As such, once a recall is finally issued, you can be sure that it is for good reason. When you ignore a vehicle recall, you are gambling with your life.

Yes, it might be inconvenient to have to take your car back to a dealership in order to get it repaired once a recall has been issued, but consider the alternative. Would you rather be entrusting your life to a machine that could malfunction dangerously at any given moment? Would you want your family to have to ride in a car that isn’t safe? Your life, and the lives of your passengers are certainly worth more having to spend a few hours waiting for you repairs to be completed.

If you receive a recall notice for your automobile, don’t put off getting it taken care of. And, if you drive an older car, be sure to regularly check with the ACCC to see if any recalls have been issued. Recalls exist to keep you safe, but if you don’t take advantage of them, then you might find yourself a dangerous situation that could have been easily avoided.

Tips to Protect Your Home from Break-ins