Whether you travel by car, motorbike, bicycle or on foot, we have a shared responsibility to our fellow travellers.

While drivers are protected by airbags, seatbelts, and the general protection of the vehicle’s body, cyclists and pedestrians are highly exposed, making them more susceptible to serious injuries and even fatality.

Combined together, pedestrians, cyclists and motorcyclists accounted for over 33% of the total number of fatalities that took place on Australian roads in 2017.

38 people lost their lives while riding a bike in 2017. 160 pedestrians were also killed. And out of the total 1226 people who passed away, 211 of them were motorcyclists.

Cyclists and pedestrians hold the same rights on the road as drivers. Here are a few tips to help you share the road and ensure that non-motorists are just as safe. 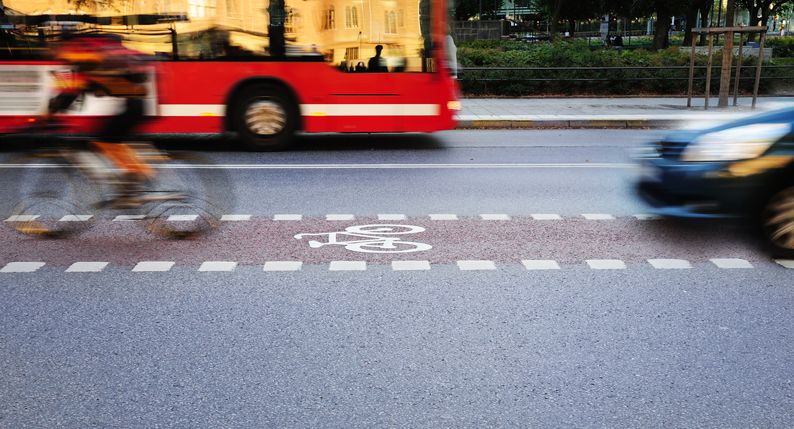 Non-motorists are vulnerable and highly susceptible to injury in the absence of protection.

As drivers, it is important to recognise this vulnerability by maintaining an appropriate distance between your vehicle and non-motorists on the road.

Under current law in most Australian states, it is required that vehicles remain at least one metre away from bicycles on the road, and 1.5 metres away in areas with a speed limit over 60km/h.

Under current law in most Australian states, it is required that vehicles remain at least one metre away from bicycles on the road, and 1.5 metres away in areas with a speed limit over 60km/h. The fine for breaching this is $319, plus the deduction of two demerit points.

While this law is currently only applicable to bicycle riders, it can be a great indicator for the distance you should maintain with other non-motorists, including pedestrians and motorbikes.

According to the Australian Bureau of Statistics, motorcycles accounted for only 4.5% of vehicle registrations in 2017, but considering that they accounted for over 17% of fatalities, it is clear they are much more likely to be affected on the road than normal vehicles. 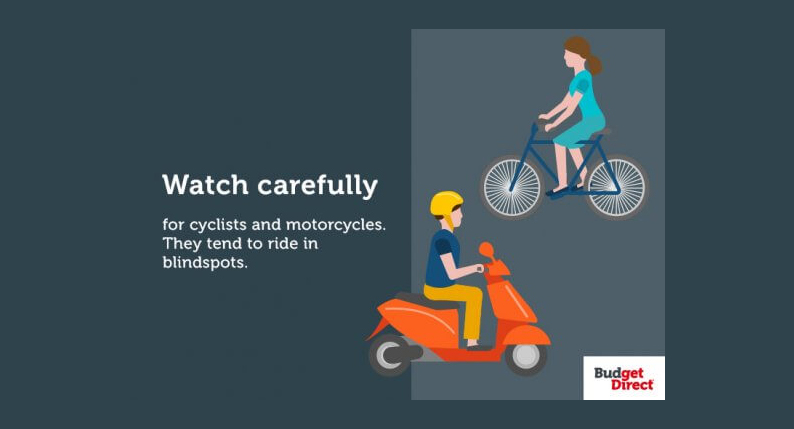 Whether it’s a bicycle, motorbike or person, non-motorists are comparably small to the size of your car and can at times seem invisible on the road — particularly with blind spots.

Be aware when turning Checking your blind spots through constant mirror and head checks is a good way to keep everyone safe when sharing the road. It’s also important to check when you have parked and ready to open the door, to avoid a pedestrian or cyclist being struck by your car door, or what’s also known as being ‘doored’. 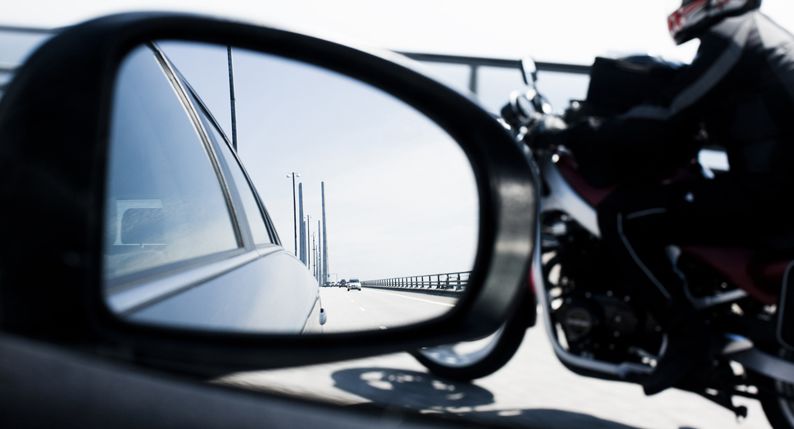 When you’re turning right, cyclists or motorbike riders coming from the opposite direction may be going straight through the intersection. As they are not in cars, there is a common misconception that they don’t go as fast and you will therefore be able to quickly sneak through that small gap; this is particularly the case with bicycles.

However, cyclists can easily get to 25-30km/h, especially on a downward incline when their speed can increase exponentially. Be mindful when turning right and start turning only when there’s at least a 3-second gap, as you would with a car.

On the other hand, turning left poses a different set of risks. Cyclists and motorcyclists could be travelling on your left and want to continue straight when you are turning left. In this situation, it is much safer to slow down, head check for potential blind spots, and let them pass.

The alternate, which is speeding ahead and cutting them off when you turn, could lead to loss of control or collisions.

It’s also important to remain mindful of the smallest and least-protected travellers on the road — pedestrians. When turning right or left, look out for those who may aimlessly walk across the street, pop out between parked cars or just appear out of nowhere.

Slow down and be patient 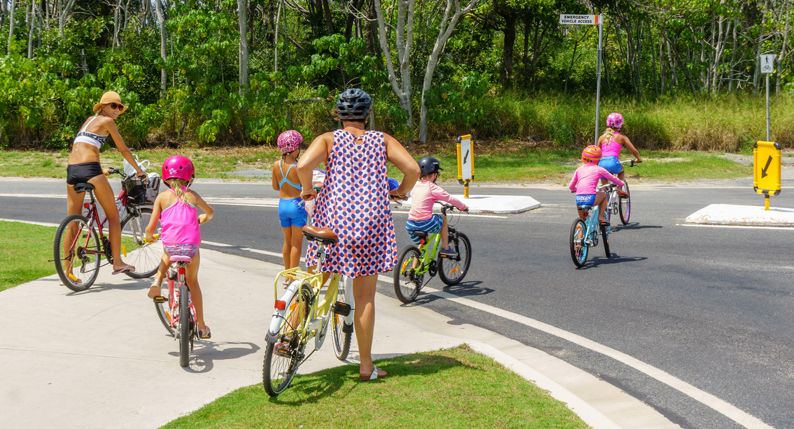 In the face of frustration, try to slow down and remain patient around cyclists and other non-motorists, particularly when driving through areas that are more susceptible to non-motorist activity, such as schools, shopping centres and parks.

Being defensive rather than offensive when behind the wheel makes the road a safer and happier place for all travellers.

As a driver, you are one of the most protected travellers on the road, making you more responsible for ensuring that non-motorists, like cyclists, motorbike riders and pedestrians, feel comfortable and safe.

Quick Guide to Travelling with Kids

Life Insurance for children: All your questions answered

Hazards in the Home

Why Do You Need Pet Insurance?

15 Things to put in a car emergency kit