Everybody talks about the changing seasons with eager anticipation, but have you ever slowed down to contemplate the strangeness of nature’s quarterly makeover?

The colour of the sky, the quality of the light, a carpet of blossoms, leaves, or snow, can each transform a moody landscape into a tranquil paradise.

We decided to capture this magic in a series of images showing the same location across the four seasons. To do this we chose eight places that change dramatically under the influence of spring, summer, autumn, and winter and then added some digital sparkle to show just how many worlds dwell in a single landscape.

Hampi, once the capital of the Vijayanagar Empire, still boasts the proud ruins of the temples and working spaces of its people. Perhaps the finest example is the shrine to Garuda (the eagle god) at Vittala Temple: a stone chariot representing the vehicle of the Hindu god, Vishnu. While culturally India is a country of six seasons (allowing for a monsoon season and more nuance as summer passes into autumn), the Indian Meteorological Department (IMD) keeps to a strict four: pre-monsoon, southwest monsoon, post-monsoon and winter (pictured here). Thus, the chariot always looks dramatic, whether it hurtles through the shimmering shadows of the humid months or the dark and heavy skies of the monsoon period. 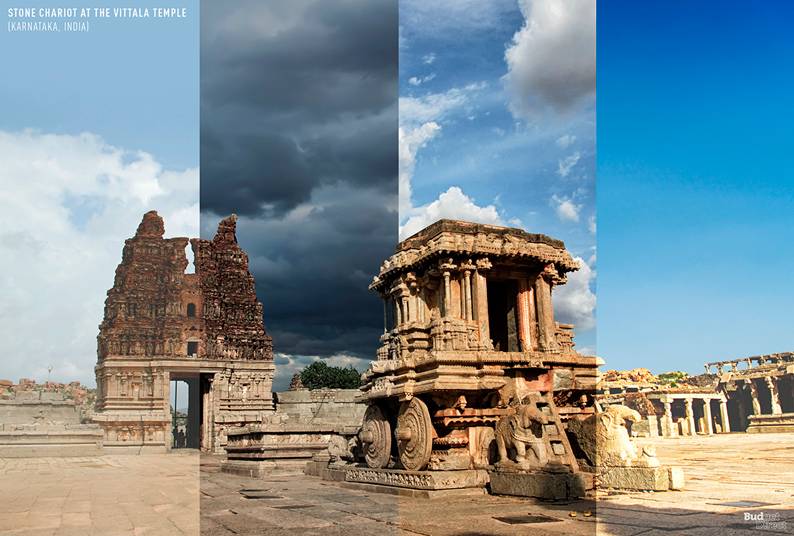 You may think of New York as back-to-back buildings and hustle, and that’s certainly part of the appeal for New Yorkers and visitors alike. But little oases of calm offer a moment to catch your breath and appreciate the transience of daily life and the seasons. The ‘heart of Central Park,’ Bethesda Terrace is just that oasis: “Nature first, second, and third,” was how its designer, Calvert Vaux, described his priorities for the space in the 1860s: “architecture after a while.” Inside, Jacob Wrey Mould’s arcade is church-like, clad in 15,000 colourful, patterned encaustic tiles, and features carvings that represent the four seasons – whose real-life effect in the nature of Central Park is to cover the full spectrum of colour as the months pass. Built starting in 1664 as a summer palace for the Wittelsbach dynasty, the warmer months remain the best time to visit if you want to see inside. But outdoors you’ll find a stunningly different picture at any time of year, since the palace is set in extensive parklands and gardens (created by a pupil of André Le Nôtre, the landscape architect of Versaille) and even has its own canal system. Between the sprouting greens of springtime and the postcard snowiness of the Bavarian winter, the autumn visitor might notice the palace’s auburn shades look a little blurry – if they’ve first sampled the beer at Munich’s famous Oktoberfest nearby. 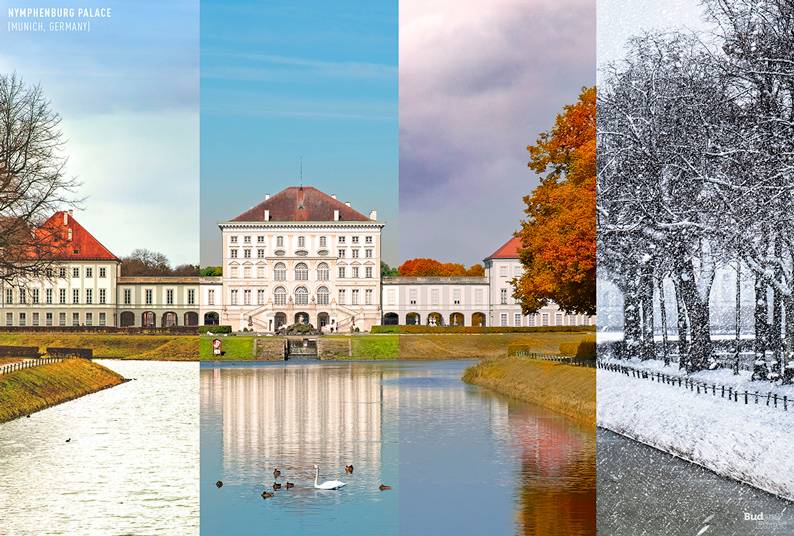 The Chapel at King’s College, University of Aberdeen (Scotland, UK)

Emblematic of Aberdeen University, the Chapel at King’s College has weathered the seasons since the year 1495. In fact, this area of Northeast Scotland gets some of the best of British weather, being the sunniest city in the UK, enjoying mild and enchanting autumns and winters, and northerly enough to never get fully dark at night during the summer. A stroll to the medieval Old Town offers further glimpses of history going nowhere in a hurry, while mid-18th to mid-20th buildings in the area are characteristically made from granite, offering steely-grey relief to the changing colours of Aberdeen’s many parks and the North Sea beyond.

The ideal time to see the Elqui Valley in motion is between February and May, the dry, hot months when grapes are harvested to produce the regional brandy, pisco. But any time of year is striking in this region, since the vineyards offer a changing stroke of colour against the greys, browns, and snow-whites – during winter – of the mountains beyond. June and July are cooler and rainier, making for a passionate off-season setting to try local wines and beers or reconnect with your spiritual side. An observatory, Observatorio Cerro Mamalluca, offers an even deeper gaze into (and beyond) the atmosphere; in fact, the valley was named as the world’s first International Dark Sky Sanctuary. 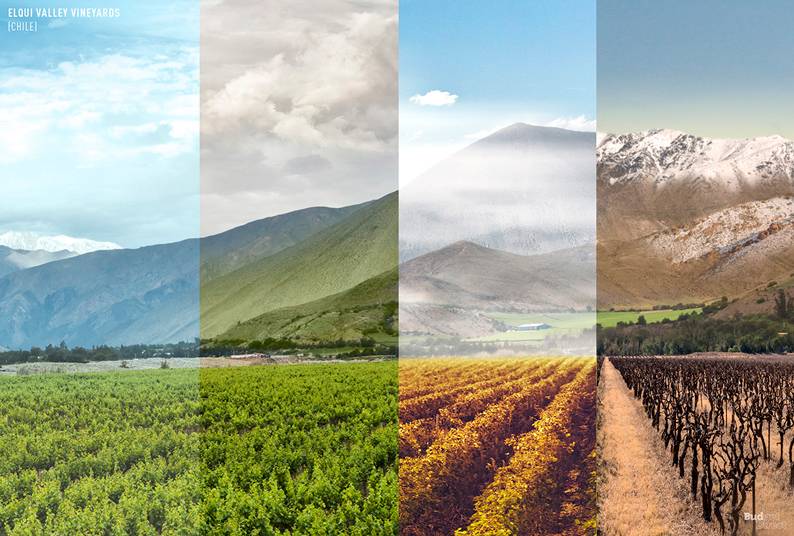 Olkhon Island in Lake Baikal in the Irkutsk province of east-central Russia is a sacred place to the Buryat people and is one of five global poles of shamanic energy. The island is spotted with holy places, making it a common pilgrimage for shamans from across Russia. Shamanka, or the Shaman’s Rock, is the most sacred and most beautiful, where the ancient leader of the isle is said to dwell. Its white marble twin peaks greet visitors at the end of a sandy beach bordered by ancient trees, dunes, and red moss-topped rocks. Just 1500 people live on the island, which has only had full electricity since 2005, creating a peaceful and reflective atmosphere to contemplate Shamanka against the burned oranges of autumn or the thawing lake in springtime. 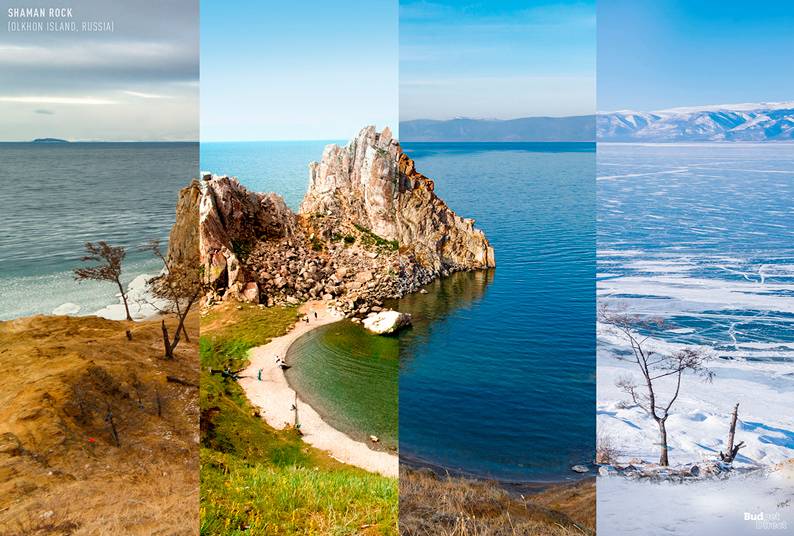 This 2nd-century AD amphitheatre in Europe’s longest continuously-inhabited city has witnessed many a dramatic, thundery Bulgarian summer and long, frosty autumns. Set among the six hills of the Thracian Plain, the amphitheatre offers rich views year-around whether you find a rewarding angle from Hemus Street or pay to explore the space itself – giving access to extraordinary details such as ancient district names carved into the seating to direct audiences to the appropriate zones. You could even take in a show in the evening, as the amphitheatre has been functional since being rediscovered following a landslide in the 1970s. 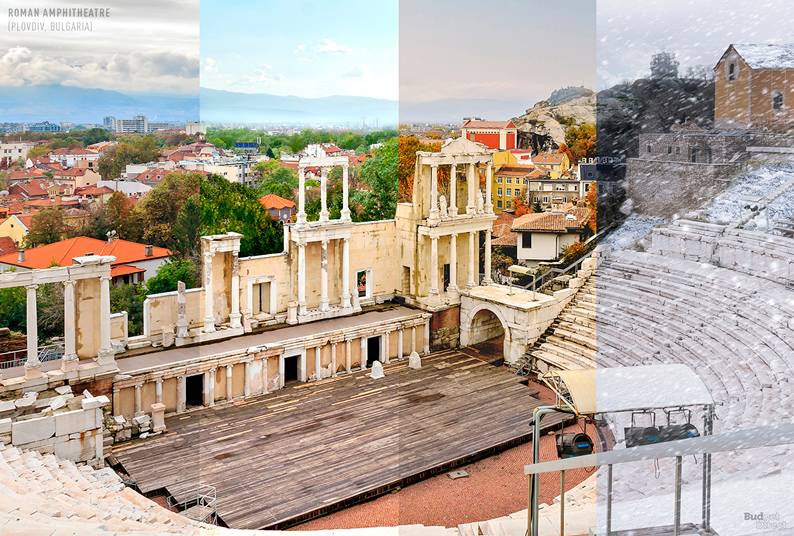 Of cultural importance to the Aboriginal Bundjalung people, the extinct volcano of Mount Warning is situated in a dramatically natural region. Beaches and subtropical rainforests make homes for flowers, entertainingly-named birds (wompoo pigeon, rufous scrub-bird, marbled frogmouth), as well as kangaroos and their macropod cousins. The park is always teeming with life, so your time of arrival simply dictates the point in the cycle that you witness – and you’ll experience seasons within seasons, since a trip to the peak takes you through subtropical and temperate rainforest, wet sclerophyll forest, and heath shrubland to the permanent chill of the summit. 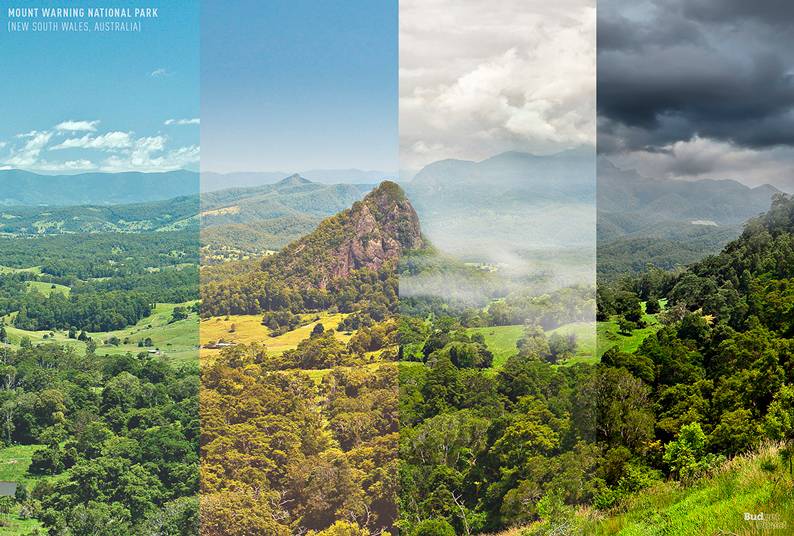 The seasons shape the way we experience the world around us, offering promise, reflection, and acceptance of the transience of life through their aesthetic patterns and surprises. How do the changing seasons affect the way you feel in your own home town?

The history of Holden