The dangerous combination of speed, soft edges and animals was to blame for the inexperienced driver losing control and rolling the vehicle. While the vehicle was a ‘write-off’, the driver and passengers escaped unharmed, but learned firsthand the many hidden dangers of common road hazards and to be cautious at all times.

These are five hidden driving hazards of the Australian roadways. 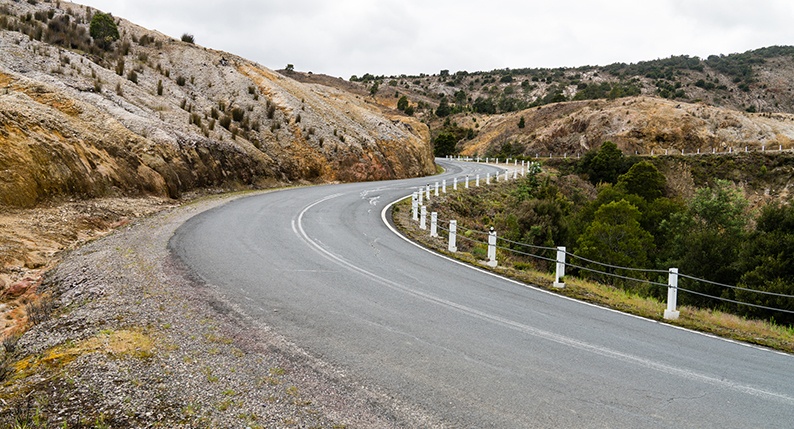 When it comes to avoiding potential car accidents, it is imperative that drivers are aware of the road conditions and drive accordingly. This is particularly so when it comes to variable road surfaces from cities, the arid outback and everything in between.

In the country, gravel and dirt roads are common and often have soft edges and verges. Avoid getting your wheels caught.

The first thing for drivers to do is slow down. Your speed should be no faster than 80km/hr. Inexperienced drivers should avoid driving on dirt roads at night. A good way to visualise the hazard is to liken the tyre to driving on a road surface of ball bearings.

If you should hit a verge, don’t panic, hit the brakes or pull the wheel.

When driving on dirt roads, it is always safest to resist swerving, whether you’re trying to avoid hitting an animal or pothole. By jerking the wheel or swerving, drivers are in greater danger. This loss of control might result in hitting a tree, falling into a ditch, rolling the vehicle or having a head-on with an approaching car.

If you should hit a verge, don’t panic, hit the brakes or pull the wheel.

It is best to keep your foot off the accelerator while very gently slowing the speed and directing the car’s wheels back onto the road. Keep a firm and steady hand on the steering wheel.

If it is a gravel road it will take longer for the car to come to a halt and you should be aware of the common road hazard of bends and turns where you can easily lose control and go into a roll. The best advice is to slow down and make bigger allowances for stopping. Be aware of your margin of error.

Rain doesn’t seem very intimidating. But rain on the roads after a long period of dry is a hidden hazard in Australia.

During extended dry spells road surfaces accumulate grease, grime, oil and other contaminants, which get baked onto the surface by the harsh sun. When the rain eventually falls, these substances create a slimy, slippery surface that provides a challenge to driver stability. It is similar to the effect black ice has when you’re driving. It’s invisible so if you’re driving at too great a speed, you may find your car skating across the road with little to no traction.

Be aware of this condition and adjust your speed accordingly.

It is also important to check tyres regularly, including tread and pressures to keep them at optimal performance and safety. 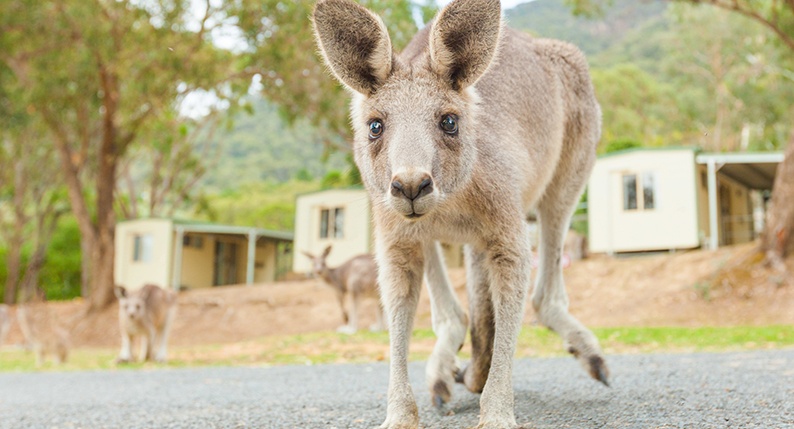 Be aware that one of the danger times for hitting animals and wildlife is at dusk.

It is nighttime and you are driving along on a country road, sitting comfortably on the speed limit of 100kph. Without warning, a kangaroo jumps out in front of the car. Do you swerve to avoid it or put you foot on the brake and run the risk of hitting the ‘roo’?

Be aware that one of the danger times for hitting animals and wildlife is at dusk.

Drive slower than you normally would and if there are no approaching vehicles, keep your lights on high beam. If the situation should arise, it is always best to avoid swerving – because as already explained, that will place you in danger of several other common road hazards.

In the event of an animal suddenly appearing on the road, the best course of action is to put on the brakes, sound your horn and flash the lights. 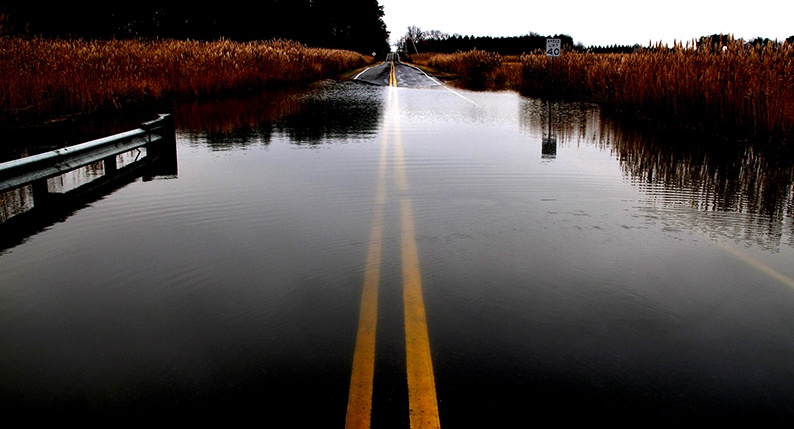 If it’s flooded, forget it! Every year in Australia people ignore the warnings and road advice by regarding flooded roads. There is always news of people in cars caught in high water and in many cases, the outcome is fatal or requires the help of emergency services and airlifts to safety.

Your vehicle can quickly be swept away by flooded roads. Tony Gill, Director of Roads ACT, cautions of the danger of flooded roads. “At places like Angle Crossing and Point Hut, fast moving water can rise to around two-and-a-half metres which has the possibility of fully submerging a general vehicle,” he said.

Flooded roads should be avoided at all costs. When in doubt, don’t attempt to cross a flooded road or causeway.

Flooded roads should be avoided at all costs. When in doubt, don’t attempt to cross a flooded road or causeway.

Instead, take the long way around or avoid driving altogether. When the water levels subside, a series of other hazards emerge (like potholes and rough or eroded surfaces). Drive with caution and maintain lower speeds.

According to the NRMA, driver fatigue increases the risk of crashing your car by up to a third. In fact, it has been found by the Centre for Sleep Research in South Australia that people who drive after being awake for 17 hours are at the same hazard risk as someone whose blood alcohol level is at the legal drinking limit of 0.05 1.

Driver fatigue is a preventable, but it can still be a problem even for advanced drivers. NSW Police Senior Constable Peter Bickford, of Yass Highway Patrol admits to falling asleep at the wheel.

“I ran off the road. There were no fences so there was no injury to myself but it really alerted me to the issue of fatigue,” he says.

Driving between destinations in Australia can mean long travel times and big stretches of road. It is important to plan your trip in advance and work out how far you will travel each day without compromising your personal safety or that of others on the road.

Signs of fatigue are many and in some cases, hard to pinpoint. A feeling of vagueness or a dreamy-like state, restlessness, sore eyes, headache, yawning and difficulty maintaining concentration are just some things to look out for.

Be aware of how long you have been awake and driving. Don’t start your journey after working all day (if you can avoid it) and take a break every couple of hours.

Drink water, take a brisk walk and refresh. Australia has many driver reviver stops along its roadways — many of which offer free coffee and biscuits — providing the perfect excuse to break the journey.

First, get a good night’s sleep. In addition to stopping regularly, keep hydrated, maintain a well-ventilated car and instead of pulling into the nearest fast food joint for a heavy burger and fries, try eating smaller, lighter meals.

Kids in the car can also be a distraction and be tiring to manage when you’re driving long distances. Pack some good games, have devices fully charged and keep snacks and water handy. Also, make scheduled stops to break the boredom. For more tips, see our article ‘6 Games To Keep Your Kids Busy On Your Next Road Trip‘.

Get to grips with the road ahead and plan your trip accordingly.

While there is no better way of discovering Australia and all its natural glory than getting out of the city and hitting the open road, there are many hidden hazards to be aware of before you take off. Road conditions can vary greatly depending on maintenance and environmental conditions.

Get to grips with the road ahead and plan your trip accordingly.

In other words, be prepared, be extra cautious and you’ll be in great shape to enjoy the drive free from car accidents! But if the worst was to happen, be sure to have car insurance with Budget Direct.

The 5 most common car myths

What should I name my car? Tips for naming your cars

Packing tips: How to organise before your big move