The skyscraper of a city is as unique as a fingerprint – no two are alike. The natural landscape, human ingenuity, and the passage of time all come together to create an image of each great city that’s one of a kind.

But if a few slight adjustments were made over the years, some of our most beloved cities could have looked completely different. Plans that never came to fruition, or that were passed over for one reason or another, might have delivered completely different faces to Australia’s population centres.

To show you what some of these city centres could have looked like, our researchers scoured through architectural archives and public records on a mission to uncover what could have been some of Australia’s most iconic architectural touchstones.

Western Australia’s capital is no stranger to modern architecture. However, the countryside outside Perth could have looked much differently, had architect Pier Luigi Nervi’s vision for a New Norcia Cathedral and Monastery come to fruition.

Located about an hour and a half outside Perth, New Norcia is a monastic town, home to the order of St. Benedict. Following a major Catholic pilgrimage in 1951, the town’s abbot decided to make the town a tourist destination. In 1957, Abbot Gregory Gomez commissioned an impressive new cathedral and monastery to be built where the cemetery is currently located, between St. Gertrude’s college and St. Ildephonsus’ College. 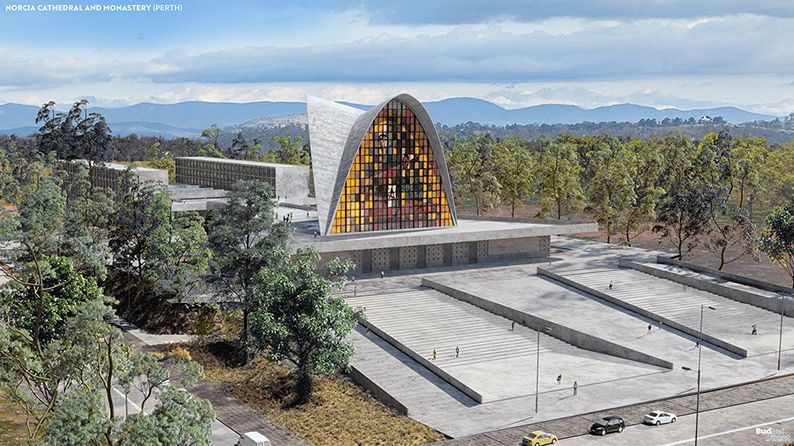 If built, the cathedral would have seated 820, with standing room for 1,000. Three parabolic arches sit on top of an equilateral triangle, all facing outward. Behind the cathedral stood a new 3-storey monastery, with 114 cells for the order’s monks.

But at 800,000 dollars, the project’s price tag proved to be too much. Although the community called for contributions and the order sold off other parcels of land, the cathedral was never built. 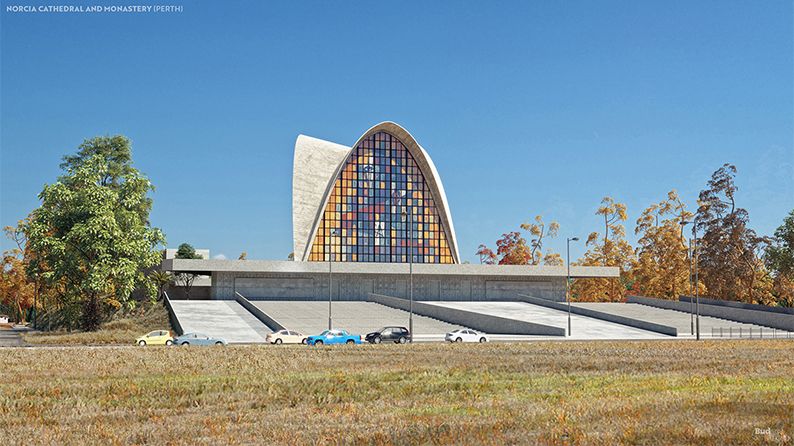 When Australia’s government announced a competition in 1911 to design a new capital for the nation, over a hundred entries flooded in from around the world. When the dust settled, the designs of Chicago architect Walter Burley Griffin and his wife, Marion Mahony Griffin, remained.

The Griffins had crafted the plans on their honeymoon, and had a sweeping vision for the nation’s capital that would have included a ziggurat-shaped Capitol Building where Parliament House now sits, with a parliament house closer to the lake and beneath it. 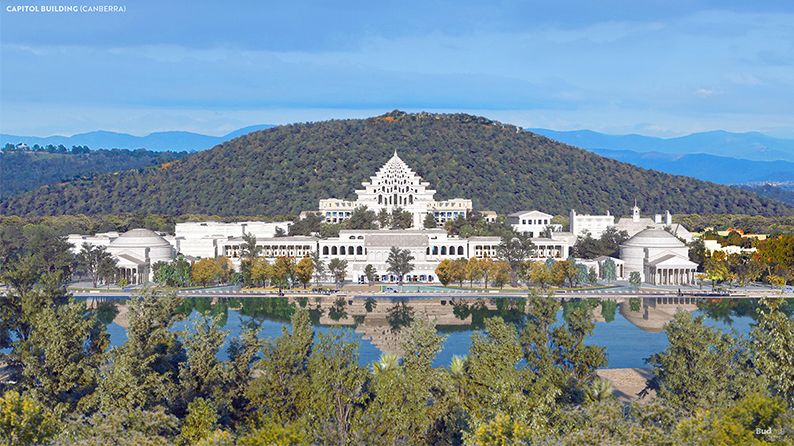 “(He used) the idea of putting the people above the parliament by using the landscape to create that kind of response to Australia’s population and democracy,” said Amy Lay, curator of the National Archives of Australia.

World War I tightened the nation’s purse strings, however, and bureaucrats steadily took away the young architect’s authority. Griffin eventually resigned, and the plans were never fully realised. 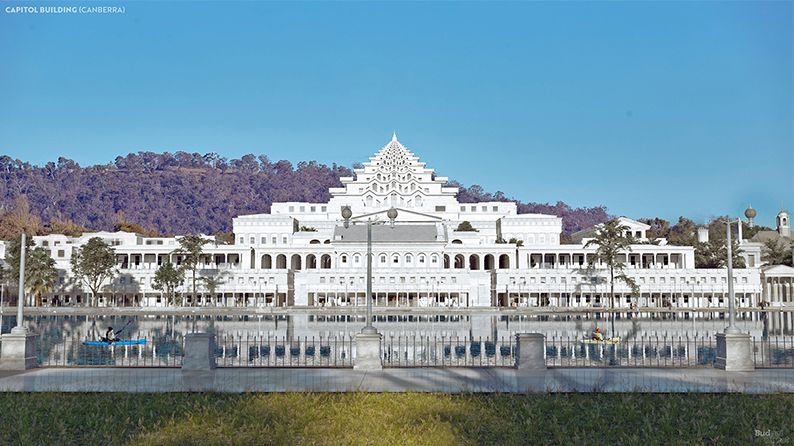 American architect Walter Burley Griffin appears for the second time on our list, this time for a some-what familiar design that would have transformed Melbourne’s Jolimont railway yards, on the edge of the city’s central business district. 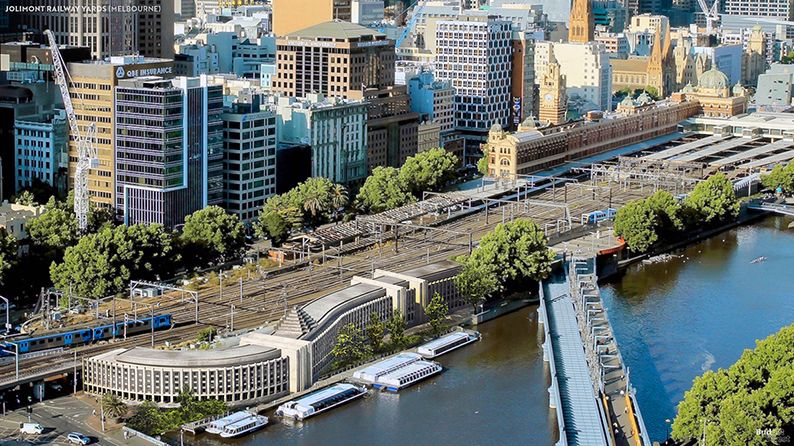 Commonly considered an eyesore, several competitions were held over the years to redevelop the area along the Yarra River. Griffin’s firm proposed a new building for a competition in 1925, that would have included a tiered structure similar to what he proposed for the capitol building in Canberra.

The structure would have been constructed between Exhibition Street and Swanston Street, undulating along the river bank. Ultimately it wasn’t meant to be – contest organisers went with a design by James Smith. 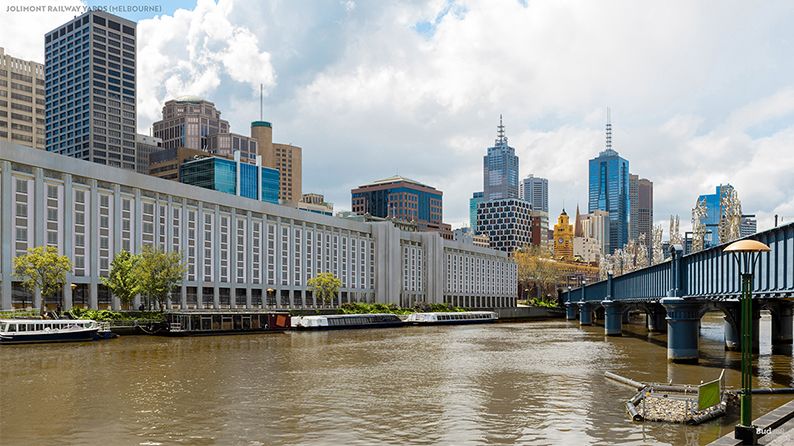 The capital of New South Wales is home to Australia’s oldest legislative chamber. But the quarters of Sydney’s Legislative Assembly might have looked much differently if plans proposed by Irish architect William H. Lynn had been implemented. 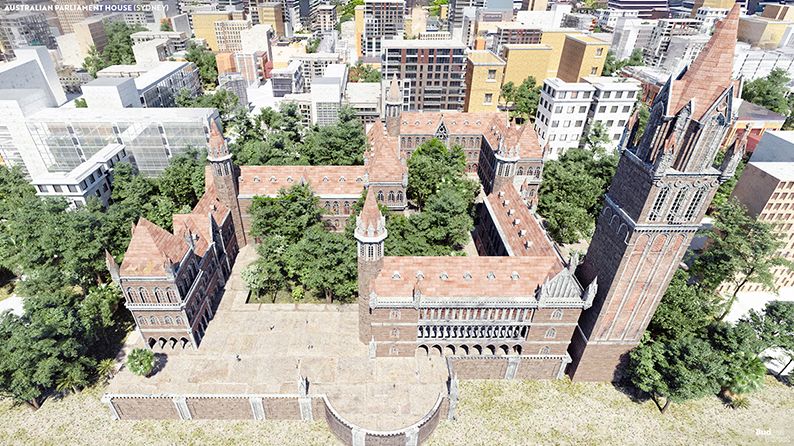 Lynn won the architectural contest in 1861 that would have transformed NSW’s Parliament House into a Gothic vision, which included “a succession of lofty towers, including a campanile… and a high-pitched roof and windows [that were] highly ornamented.” It was estimated that the new structure would have cost over a million dollars to build.

It’s unclear why plans never moved forward, but the chaotic nature of NSW’s government might have kept leaders from moving forward – still known as the ‘bear pit,’ there were more than 28 different ministries between 1856 and 1900. Sometimes a plan is so lofty, that actually getting it off the ground is nearly impossible. This proved to be the case for the Holy Name Cathedral, a massive structure that was proposed for construction in Brisbane’s Fortitude Valley in 1928. 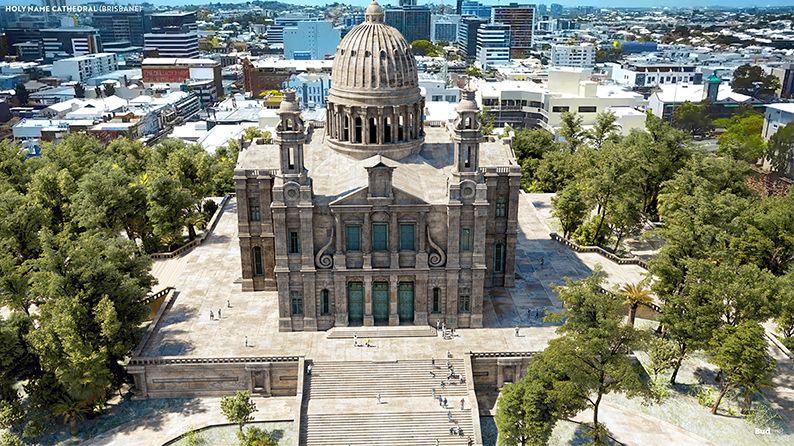 The cathedral was intended to be the highlight of Brisbane Archbishop James Duhig’s career – with enough room to hold 4,000, it would have been the single biggest cathedral in the world. The structure was to have included an 82-meter cupola and an imposing concrete dome in the Renaissance style.

But at a projected cost of a million dollars (80 million dollars in today’s figures), plans were stalled when the Great Depression of 1929 hit Brisbane. And although the foundation stone was placed at the site, the cathedral was never built. 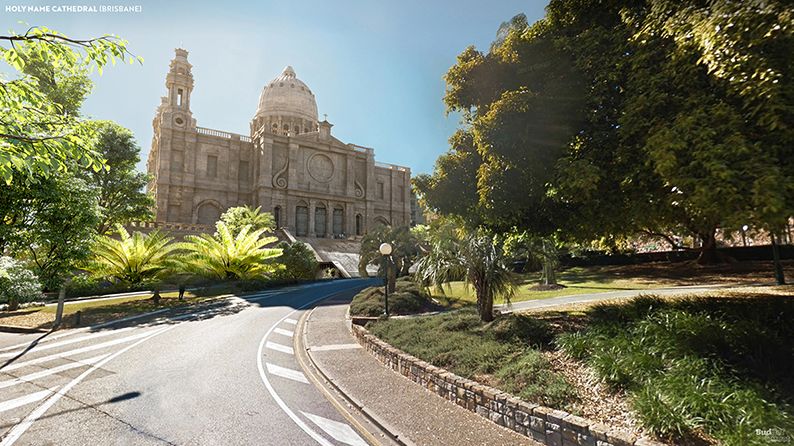 Whether the change would be subtle or showy, Australia’s major cities would have appeared much differently had some of these plans been brought to life. Which of these daydreams should have become reality?

Holt, N. (2018). The cathedral that was never built. catholicleader.com

If 6 abandoned homes were renovated for the 21st century

If 6 ancient houses were renovated for the 21st century