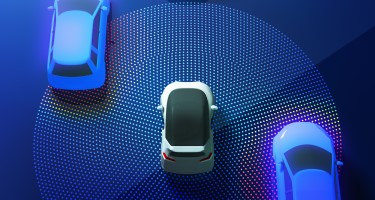 We surveyed 920 Australians 18+ through Pure Profile to find out how many have advanced driver assistance systems in their cars, and how they feel about the future of fully automated cars.

Advanced driver assistance systems are accelerating in both sophistication, and applications across cars. From smart windscreen wipers to automated parking, almost every aspect of driving is being influenced by the smartest and latest technologies.

But as these technologies grow, questions start to arise over the future of human drivers. Are we far away from fully autonomous cars, and are we ready for them?

To help understand the impact these systems have on our safety, our perceptions of safety on the road, and our behaviours, we examined the latest industry information, and surveyed 920 Australians (with current driver’s licences, and who own a car) to discover:

Advanced Driver Assistance Systems (ADASs) are defined by the Federal Chamber of Automotive Industries (FCAI) as systems that “assist drivers with warnings or automatic braking to help avoid or mitigate accidents”. They also list some of the available technology on the Australian market, including:

2.0 Cars on the Market with ADASs

A majority of new cars on the market have advanced driver assistance systems installed.

Market interests and price points often dictate what features car manufacturers should include in their most marketable models. So it’s little to no surprise that most of the top 10 cars on the market share incredibly similar ADASs.

Interestingly, automated parking assistance (cars that can park themselves) did not feature in the 10 most sold models of 2021. However, plenty of cars featuring this system are available on the market, such as the Volkswagen T-Cross[13] or Peugeot 2008[14].

What year was your car produced?

Remarkably, almost 70% of cars owned by participants in our survey were produced during, or after 2007. This rises to around 87% in New South Wales, or 85% in Victoria.

Younger respondents (aged 18 to 24) had the highest rates of owning older cars, produced during or before 2002. In a lot of cases, this means the car would be older than them.

Participants aged 45 to 54 had the highest rates of owning newer cars, produced from 2019 to current day.

3.2 Most ADASs feature in less than 50% of cars on Australian roads

Which of the following features does your current car have?*

When you were a learner, which of these features did you use?*

Access to ADASs was quite limited while learning, for participants in our study. Only 23% of all respondents had access to any on our list when they learned to drive.

However, younger generations have been given the opportunity to learn with more technology than their predecessors. Over 57% of respondents aged 18 to 24 learned to drive in a car that had ADASs, compared to just 4% of drivers aged 65 or above.

3.4 Drivers with blind spot detection were 74% more likely to be in an accident with someone in their blind spot, than the average respondent

In your current car, which of these situations have you been in before?*

Analysing the rates of incidents for drivers with specific ADASs yields phenomenal findings. By a statistically minimal margin, both cruise control and adaptive cruise control seem to share a correlation with reduced speeding tickets among our participants. However, lane departure warnings and automatic steering seemed to indicate drivers had better odds at avoiding collisions with curbs, or items off the road.

Automated parking systems also correlated to a reduced rate of collisions while parking, indicating the system performs as expected. Similarly, drivers with emergency braking in their car experienced nearly 20% less rear-end crashes than all drivers in our survey.

3.5 81% of drivers whose cars were made after 2018 feel their ADASs have helped them avoid road incidents

Do you feel as though your advanced driver assistance systems have ever helped prevent you being in an incident?*

**Only respondents who indicated in Q3.2 that their current car has a form of ADAS was served this question. “Type of ADAS” refers to users who confirmed they had that particular system in their car.

The newer a car is, the more likely our respondents were to believe its ADASs had helped them avoid road incidents in the past.

Interestingly, blind spot detection scored as one of the most influential forms of ADAS, with over 85% of respondents with blind spot detection believing it had perhaps, or almost certainly helped them avoid an accident. However, data in Q3.4 show that blind spot detection was associated with respondents that had significantly higher rates of being in collisions with cars in their blind spot. This could further indicate that drivers place a lot of faith in technology, and don’t perform the required checks/looks before merging.

How comfortable are you being in a car with advanced driver assistance features?

Australians generally responded as fairly comfortable to being in a car with advanced driver assistance systems. This was significantly higher for younger demographics, where participants aged 18 to 24 averaged 0.38 higher (on a 5-point scale) than respondents aged 65 or above.

3.7 72% of Australian respondents agree that they will never own a fully automated, self-driving car

Do you think you'll ever own a fully automated, self-driving car?

3.8 In current road conditions, over 12% of Australian respondents would rather be driven by a legally drunk driver than an automated car

With current cars and drivers on the roads, who would you prefer to have drive you for a 30 minute journey?

Shockingly, almost 20% of participants would choose a driver engaged in illegal and dangerous activity (driving over the limit, driving while distracted, or driving under extreme fatigue) over a self-driving car in current road conditions.

It’s important to note that these conditions are not only illegal and extremely dangerous, but would often void a person’s insurance. They do not represent safe solutions for travel, and should be avoided by any possible means.

Nevertheless, over 15% of Queenslanders would feel more comfortable with a person illegally driving over the blood alcohol limit than a fully automated car.

These results don’t indicate comfort with any of these transport options, and it shouldn’t be assumed any respondents would ideally use these methods. However, they do represent that in current conditions, comfort and faith in automated cars can draw comparisons with unsafe and illegal driving behaviours.

Over 75% of respondents who own a car produced in 2015 or later (with ADASs included) felt their advanced driver assistance systems had helped them avoid an accident. However, this rate falls to less than 44% for the owners of cars produced during or before 2002.

Despite how common ADASs are in cars, drivers feel that owning a fully autonomous car is very far away

The direct correlation between reduced rates of accidents/incidents, and the ADASs designed to prevent them, were inconsistent

In terms of what shared a correlation with improved road safety - adaptive cruise control and emergency braking showed strong signs that they reduce the rates of drivers rear-ending other cars on the roads. They were associated with reduced rates of rear-end collisions by roughly 13% and 20% respectively.

The impact cruise control and adaptive cruise control had on participants rates of receiving speeding tickets was extremely minimal. This makes sense, given the driver will choose the speed to set, meaning the option to drive faster than the speed limit is still available.

This survey was conducted by Pure Profile on behalf of Budget Direct in March 2022. The survey was conducted online with a total sample size of 920, weighted and representative of all Australian adults (aged 18+) who currently hold an active driver’s licence, and own a vehicle. All other data on this website are the latest available from the named sources in this article, and were obtained in March 2022. Auto & General Services Pty Ltd does not guarantee the accuracy or completeness of the data and accepts no liability whatsoever arising from or connected in any way to the use or reliance upon this data. 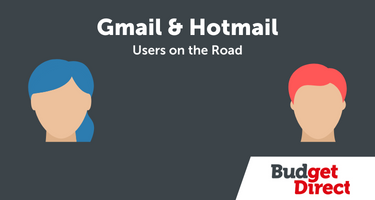