We all want to protect our precious pups and as dog owners, it’s important that we all know the signs and symptoms associated with common dog diseases.

Looking out for specific signs and symptoms will help to ensure your pet’s overall health and signal when to seek out further assistance from a vet.

Here is a list of diseases commonly associated with dogs: 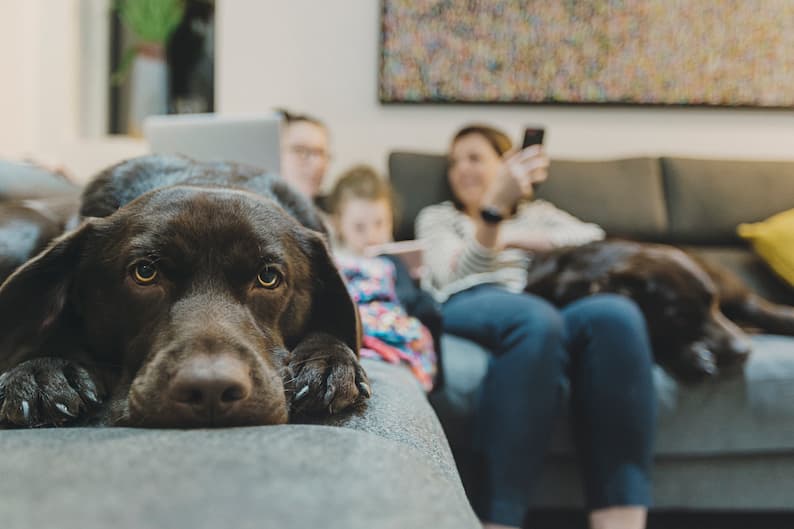 Parvovirus is highly contagious and can produce a life-threatening illness.

It can be transmitted to a dog by any person, animal or object that comes in contact with a dog’s infected faeces. It can even survive in the environment for months to years on objects such as food bowls, soil, shoes, clothes and floors.

Symptoms of canine parvovirus may include:

To getting parvovirus make sure that they are up to date on their vaccinations. Parvovirus is considered a core vaccine and puppies, adolescent dogs and canines who aren’t vaccinated are more susceptible.

The vaccine should take place at 6-8 weeks and then a booster is administered in four-week intervals until the puppy is 14-16 weeks of age according to vaccination guidelines. This can also differ based on each clinic’s protocol.

Unfortunately, dogs can still catch parvovirus even after being vaccinated.

It’s important to note that there are currently no drugs available for treatment and treatment for parvovirus often involves intensive supportive care and is not always successful. 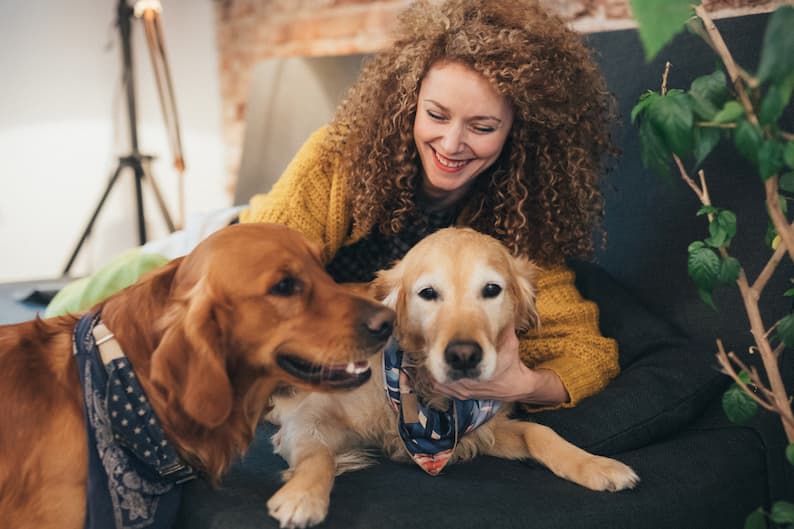 Kennel cough is a respiratory infection in dogs (both viral and bacterial) that is similar to a chest cold in humans. It causes inflammation of the dog’s windpipe and voice box and is highly contagious to other dogs.

Symptoms of kennel cough in dogs may include:

Causes associated with kennel cough may include:

The best way to prevent kennel cough is to avoid exposure. If you think your dog has kennel cough then you should attempt to isolate them and seek the assistance of your veterinarian. 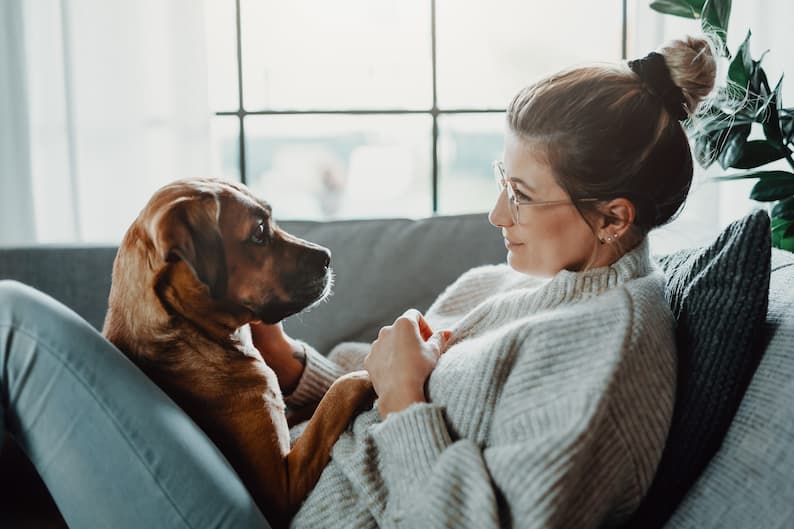 Symptoms of cruciate ligament conditions may include:

Surgery is the main form of treatment for cruciate ligament conditions. The surgery performed will depend on the state of the injury and the size of your dog. 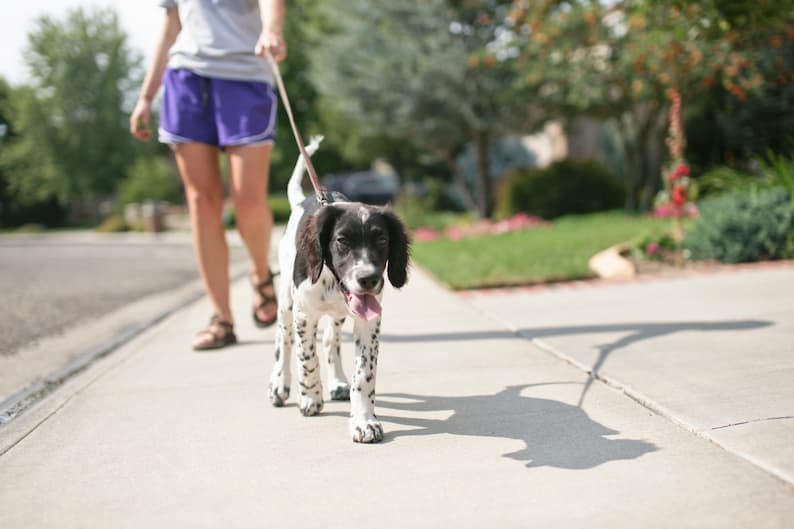 Cushing’s Disease can occur when your dog’s body produces excessive amounts of the stress hormone cortisol. This type of hormone can help them respond to stress, control weight, fight infection and keep their blood level sugars in check when under control.

There are two different causes associated with Cushing’s disease that can affect dogs:

Symptoms of Cushing’s disease in dogs may include:

There are three different ways to treat Cushing’s disease: Pancreatitis is a condition where the pancreas becomes completely inflamed. When functioning normally the pancreas is involved in the digestion of food and the release of insulin.

There are several different causes associated with pancreatitis:

Symptoms of pancreatitis in dogs may include:

Most cases are treated by allowing the pancreas to rest and recover and take around four to five days to recover completely. Please contact your veterinarian immediately if you think your dog is at risk of developing pancreatitis. 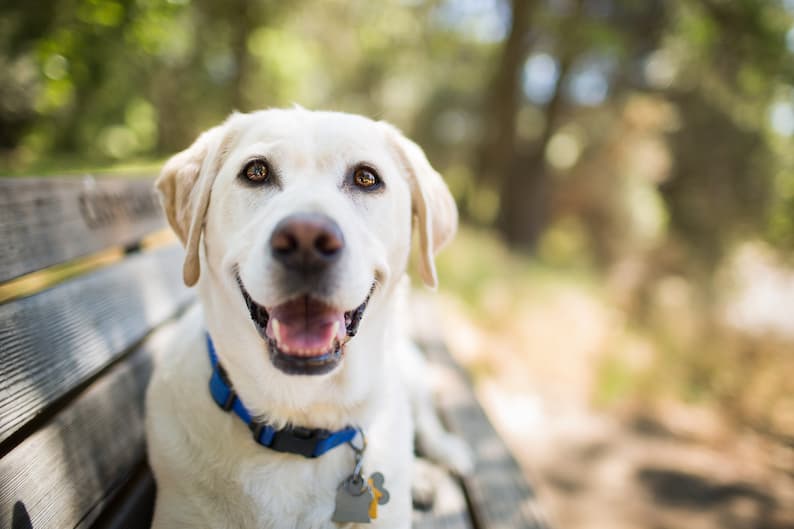 It should be known that animals in Australia do not have rabies. A vaccine against rabies is not necessary unless you plan on taking your dog overseas.

Rabies is a viral disease that can devastatingly affect the brain and spinal cord of your pet. While it is preventable, rabies can become fatal once symptoms associated with the disease show.

There are several ways the rabies virus can be transmitted:

Transmission of the virus via saliva can happen as early as ten days before symptoms appear.

Symptoms of rabies may include:

Vaccination is necessary for preventing the spread of rabies if you are taking your dog overseas. Not only will your dog be protected but it’ll also protect your dog if he bites someone else. Avoiding contact with wild animals is also necessary. 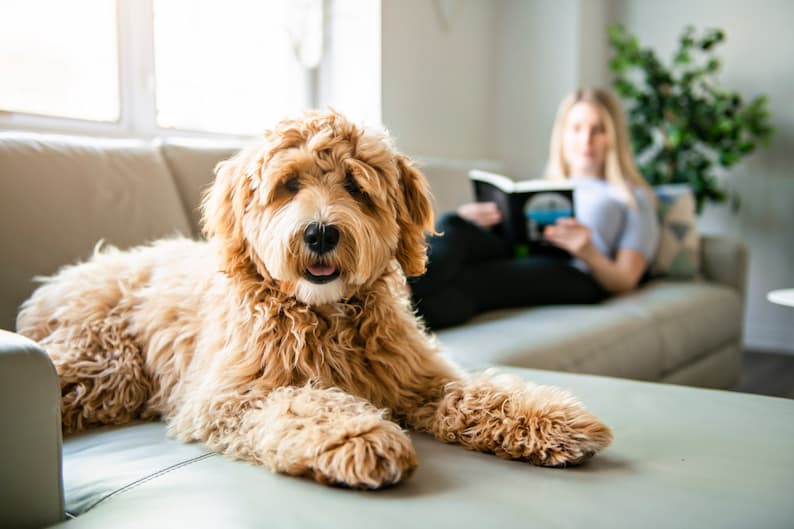 This disease is caused by the infection of a bacteria called Leptospira. Leptospirosis can cause kidney failure, liver failure, severe lung disease and bleeding disorders.

Dogs are more susceptible to this disease, especially if they drink or swim in waterways, come into contact with rodents or farm animals or are in an area with a warmer climate and lots of rain.

There are several ways your dog can become infected:

Symptoms of Leptospirosis can vary in dogs and may include:

The most effective way to prevent leptospirosis is to get your dog vaccinated. Dogs who are considered most at risk should be vaccinated yearly. Make sure to contact your veterinarian if you live in an area where your dog could be exposed to Leptospira bacteria to discuss your preventative options. 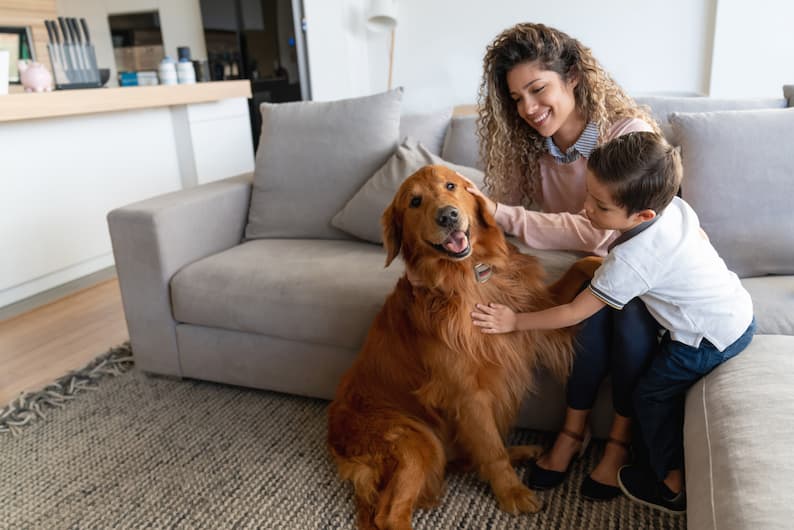 Over time this disease can also lead to congestive heart failure when the heart becomes too weak to push the blood in the right direction leaving fluid to accumulate in the lungs.

The cause associated with this disease is unclear, but several genetic factors may contribute to Mitral Valve disease. Certain breeds such as Cavalier King Charles Spaniels are more at risk of developing this disease.

Symptoms of mitral valve disease may include:

There are often no signs that a heart murmur is present and if detected this may be evidence of heart disease too. Diagnosis usually requires x-rays, or an ultrasound of the heart called an echocardiogram. 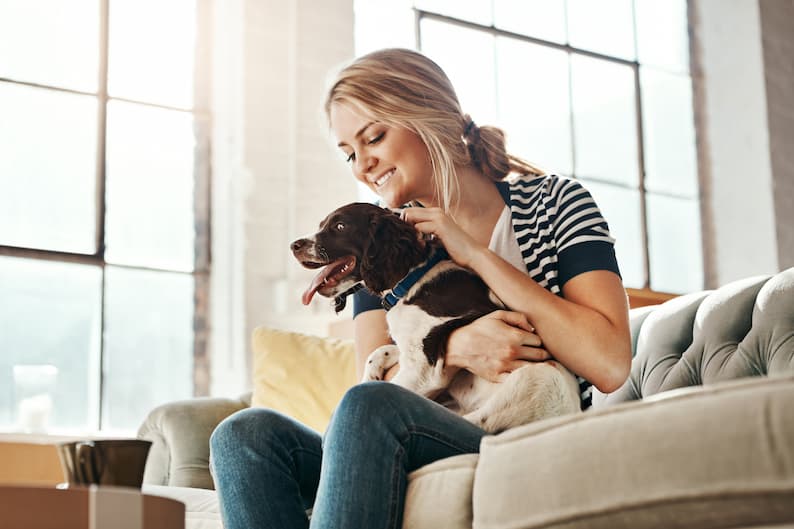 This skin disease is closely associated with and is thought to be a cause of allergic dermatitis.

Diagnosing atopic dermatitis can sometimes be very challenging; it may be diagnosed through a process of elimination and results from skin tests taken within a veterinary clinic. Blood tests and skin tests are also used by specialist veterinarian dermatologists to determine if the dog has any special skin conditions.

Some of the most common causes associated with atopic dermatitis include:

This is why you should always consider where and what time of year your pet is scratching themselves, their flea control, diet, where they sleep, spend time outdoors, whether they’ve been washed, or if any changes have occurred in your pet’s routine before you visit the vet.

Symptoms of atopic dermatitis may include:

Dogs with atopic dermatitis will normally experience symptoms in the warmer months and less in the cooler months. If the disease is not treated then your dog will continue to experience seasonal dermatitis until it is properly treated.

Refer to your veterinarian as soon as possible for preferred short-term and long-term treatments for atopic dermatitis. 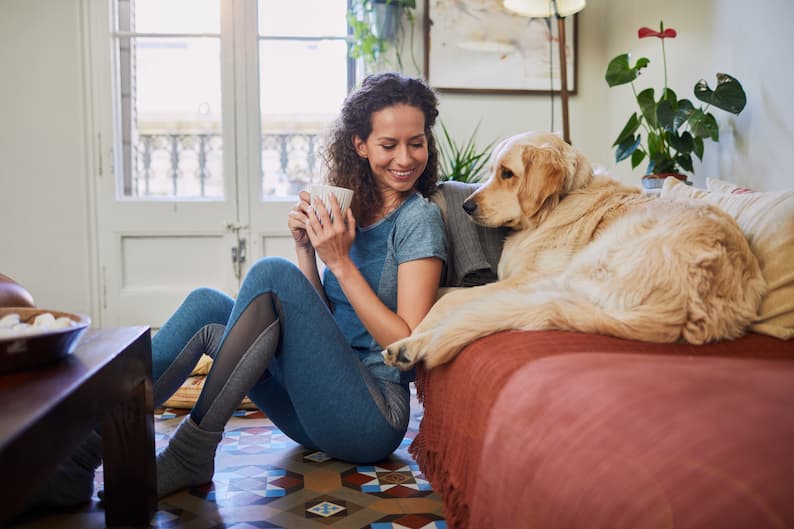 Foreign body ingestion is when a large or irregularly shaped object outside the body gets stuck in the digestive system and leads to your dog needing urgent veterinary attention.

These are some of the most common objects swallowed by dogs:

The location and degree of obstruction will determine the ongoing signs and symptoms. You must call your vet as soon as you know that your dog has ingested a foreign body.

Symptoms of foreign body ingestion may include:

Once your veterinarian has examined your pet, their symptoms and where the foreign body is likely to be lodged they will be able to best inform you of what is needed to treat your pet. 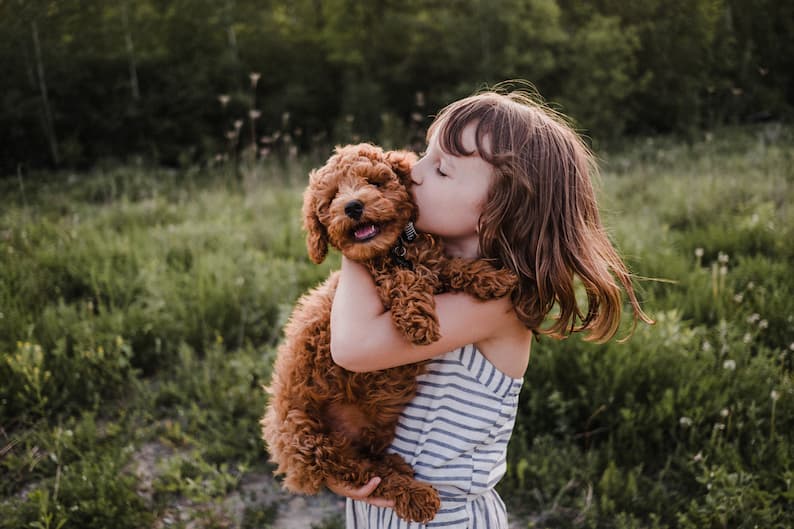 Ear infections can cause a lot of discomforts and are particularly common amongst dogs with long ears.

Dogs’ ears are shaped like a long “L” leaving them predisposed to collect debris, moisture, allergies, heat, excessive earwax, ear mites, infectious bacteria, yeast, foreign materials and unknown growths. These can all lead to infection in the outer, middle or inner ears.

Symptoms of an ear infection may include:

Because a dog’s ears are so sensitive it’s best to contact your veterinarian immediately if you suspect they have an ear infection or foreign materials in the ear canal. 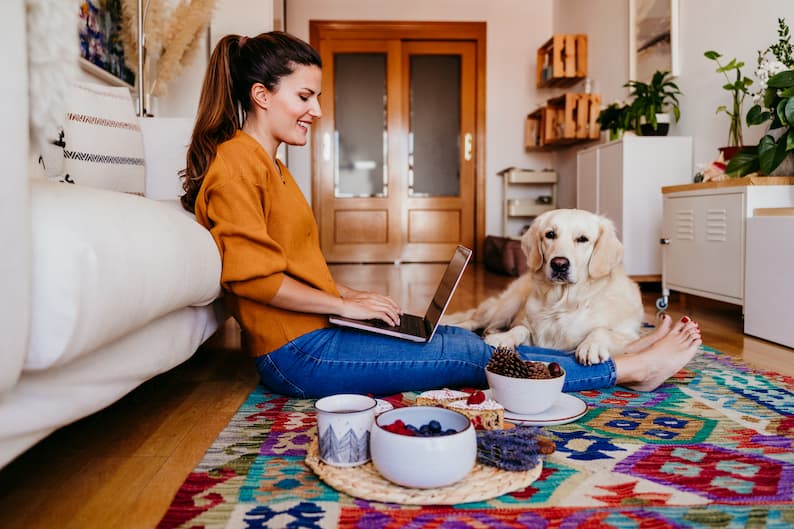 Cancer can be confined to one area or spread throughout the entire body.

There is no single cause for cancer however there are hereditary and environmental factors that can contribute to the development of cancer in dogs.

Symptoms of cancer may include:

Cancer is more common in older dogs and can include conditions such as mast cell tumours or lymphoma. Having your dog neutered at a young age can reduce their chances of getting different types of cancer.

Treatment options are dependent on the type and stage of your dog’s cancer. Surgery, chemotherapy, radiation and immunotherapy are just some of the options available.

Early detection is paramount, and you must contact your vet immediately if you notice your dog displaying any of the symptoms listed above. 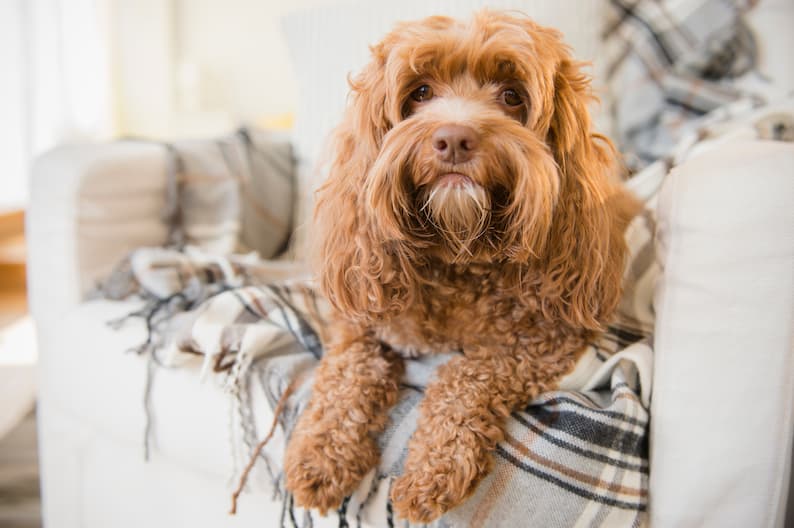 In dogs, tick paralysis is a potentially fatal condition caused by the parasite Ixodes holocyclus (also known as the Paralysis tick).

They can attach themselves to your dog, feed on their blood and secrete a toxin into your dog’s body via saliva. This toxin can disrupt your dog’s nervous system causing weakness and ultimately paralysis.

In Australia, ticks are found on the eastern seaboard of northern Queensland to eastern Victoria. It’s important to note that ticks can be found all year round and are more commonly found from spring to late autumn in southern areas.

Symptoms of tick paralysis may include:

If you find a tick on your dog or they’re showing symptoms of toxic tick paralysis, make sure that you take your pet to a veterinarian as soon as possible. Paralysis tick symptoms can occur for up to 3-5 days after the tick attaches.

If you suspect your dog has any of these then you should have them tested and examined by your chosen veterinarian right away. During your visit, you’ll want to prepare a detailed description of any signs or symptoms associated with your dog’s condition. 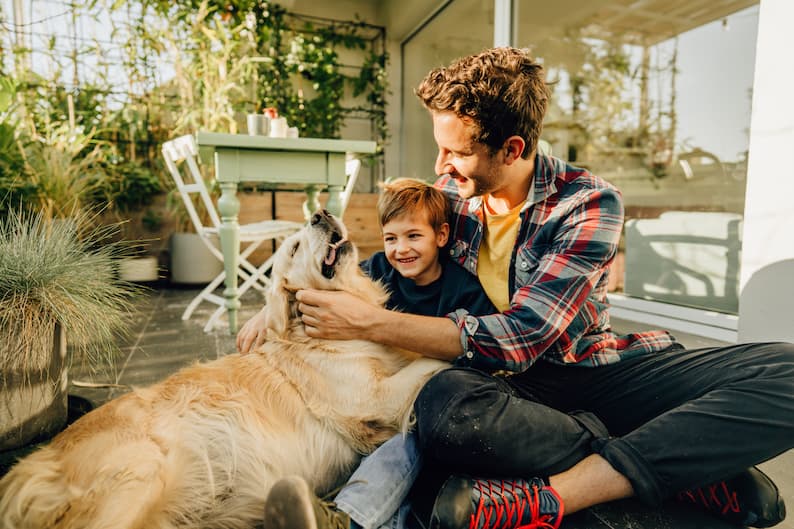 Can a vaccinated dog get parvovirus?

Yes. Unfortunately, dogs can still catch parvovirus even after being vaccinated.

Will kennel cough go away on its own?

Yes, kennel cough can go away on its own and in will clear up within three weeks without any treatment.

How do you get rid of kennel cough?

While most cases of kennel cough will resolve without treatment medication from your veterinarian may speed up recovery during the course of infection.

Can a dog get rabies in Australia?

Animals in Australia do not have rabies. A vaccine against rabies is not necessary unless you plan on taking your dog overseas.

10 easy ways to remove dog hair from your car

Toxic foods and plants your dog should not eat

Handy tips for driving with pets