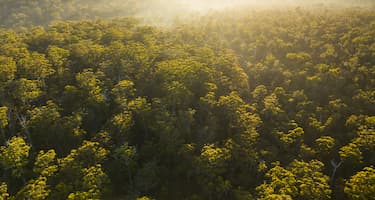 Disclaimer: This survey was conducted by Google Surveys on behalf of Budget Direct in November 2020. All figures are from this research unless stated otherwise. The survey was conducted online with a total sample size of 277, weighted and representative of all Australian adults (aged 18+) who live in bushfire-prone areas.

Bushfire season is an unfortunate part of Australian life. But as common as it is, how prepared is the average Australian? In November 2020, we surveyed 277 Australians who live in bushfire-prone areas to find out their thoughts on bushfire preparedness.

Here’s what we found from their responses:

After the 2019 Australian bushfire events, are you more concerned about this year’s bushfire season?

Over 55% of respondents stated that they felt more concerned about bushfires, due to the events of the 2019/20 summer. This is a reasonably natural response, given over 3,000 homes were lost to the series of blazes.

Interestingly, this increase in concern was more notable across older demographics, where around 68.0% of participants aged 55 or older felt more concerned about the risk of bushfires than they had previously. This is far higher than those aged 18 to 44, where only 48.5% felt more concerned about bushfires than they had previously.

Are you prepared for bushfire season this year?

Over half of Australians living in bushfire-prone areas believed they were ready for bushfire season. Interestingly, 25% of women believed they weren’t ready, whereas only 12% of men felt the same. This could indicate that either men were more likely to be prepared (or at least working toward it), or men simply have a greater chance of feeling like they’re preparing.

In the event of a bushfire, if you had enough time to evacuate, would you choose to leave or stay?

Queenslanders seem to be the most likely to delay their decision. On average, they are 75% more likely to leave at the last minute than the rest of Australia.

Do you currently have home or contents insurance?

Queenslanders had the highest rates of not having home insurance – with 43.7% of respondents indicating they had either no insurance, or just contents insurance. This could be correlated to why they were the least likely to leave their home immediately in the event of a bushfire.

Victorians on the other hand seem to have the highest rates of home insurance, with only 22.5% of respondents indicating they had no form of home insurance. This again could correlate to why they were more likely to leave immediately in the event of a bushfire.

For a full summary of how each statistic was calculated, please refer to our full breakdown of response data.

Get a home insurance quote online