“Escape of Liquid” (EOL) is a little-known concept to most Australians. Yet data from the Australia Federation of Travel Agents (AFTA) show that in 2018, the average cost of a water damage claim (excluding natural disaster events) was over AU$30,000. And as our survey data will show, over 12% of our survey participants who had made an insurance claim did so because of escaped liquid.

Knowing that this can be a common and serious situation for homeowners and renters alike, we conducted a survey of 960 Australians 18+ through Pure Profile (omitting respondents who work in insurance services) to see just how much the average Aussie knows about EOL, and how prepared they might be against EOL damage.

1.0 What is Escape of Liquid

‘Escape of Liquid’ is tricky, because some insurers have different definitions, and different titles. A report from the Financial Rights Legal Centre in 2019 found that most often, insurers would refer to damage caused by “water or other liquid” at the insured address. However, there are certain insurers who only list “water”, not mentioning other liquid[2].

Loss or damage at the insured address caused by the sudden escape of liquid. You are also covered for damage from liquid that has escaped slowly over time that you couldn’t be reasonably aware of.

This includes water from pipes or plumbing, but also any non-water liquids that suddenly escape in your home. For example, if an old oil heater were to leak into your floorboards or carpet, that would still be described as an Escape of Liquid.

2.0 The Benefits of Understanding Escape of Liquid

Depending on what risks you face, knowing what’s covered by your insurer as “Escape of Liquid” is important. EOL should not be confused with flood cover, which for some insurers is an optional cover which you may consider adding to your policy.

By knowing where liquid can escape in your home (such as from old oil heaters, flexi-hoses, and other liquid-filled items around the home), you can proactively take measures to decrease their risk of leaking.

If you know in advance what your insurer would call “Escape of Liquid”, or what’s storm damage, you can often make a claim with more confidence that you won’t receive a nasty surprise when your claim is reviewed.

For most insurance customers, having an understanding of this field can help immensely, from buying insurance to making claims.

3.1 58% of participants don’t know what “Escape of Liquid” means

What is the industry definition of "Escape of Liquid"?

We took a general summation of “Escape of Liquid” as defined by a variety of insurers based on The Financial Rights Legal Centre’s findings, to find out whether Australians were familiar with it as a term for home insurance.

The findings were that Australian respondents were able to associate it more closely with damage in the home than our other 3 fictitious descriptions, however 58% of those surveyed still weren’t able to correctly identify what “Escape of Liquid” might relate to in respect of home and contents insurance, being ‘When liquid escapes in the home and causes damage.’

3.2 Over 26% of Australian participants have no Home or Contents Insurance

Do you have insurance on the home you live in?

Over 60% of renters in our study do not have any form of home or contents insurance, compared to less than 6% of homeowners. The type of home factored significantly into someone’s likelihood to have insurance, with those in houses by far the most likely to have Home & Contents Insurance.

3.3 Over 40% of participants with Home & Contents Insurance have made a claim

Have you ever made a claim on your home and/or contents insurance?*

*Only participants with a current insurance policy were asked this question.

It seems those with home insurance, or contents insurance as standalone policies have the lowest rate of claims, with 22% and 26% rates respectively. However this could also correlate to having less covered events and situations, therefore less reasons to make a claim.

3.4 26% of participants who claimed on Home and Contents Insurance don’t know if their claim concerned ‘Escape of Liquid’

Have you ever made a claim relating to Escape of Liquid?**

**Only participants who had previously made a claim were asked this question.

Taking results only from participants who had confirmed they’d previously made a claim on their home and/or contents insurance, we find there’s still some uncertainty as to whether EOL was involved. 73% of participants could confirm or deny whether EOL was definitively involved (with 12.4% confirming it was), but a staggering 27% weren’t completely sure what their own claim was related to. This further shows there needs to be more understanding around EOL across Australia.

3.5 Only 36% of participants correctly identified all possible signs of escaped liquid

Which of these situations might indicate to you that there has been an escape of liquid (that may cause damage) in a home?***

***Participants were allowed to select multiple options (except for “None of the above”, which was mutually exclusive). This means results may not add to 100%. “EOL Claimers” refers to the people who confidently knew they’d made an Escape of Liquid claim before, based on results in Q3.4.

Each of the above scenarios could present as a possible sign of EOL (except None of the Above). Rotting skirting boards, paint bubbling, brown spots, and all the others might indicate that plumbing has a slow leak, constituting escaped liquid.

However, only 36% of survey participants were able to identify all results. Colour changes in carpet was left out by 50% of respondents, however this can sometimes be a sign that water has escaped from under the floor, or perhaps the roof above. While it doesn’t guarantee there’s been an escape of liquid, it could possibly indicate one.

Taking results only from those who’d confirmed they’d made an EOL claim previously, and we see even less clarity. Generally, their familiarity with the warning signs of EOL are lower than the consensus from participants. In fact, 16% of those who have made an EOL claim in our study believed that none of these indicate escaped liquid.

3.6 Only 1.4% of participants could accurately identify which circumstances would count as ‘Escape of Liquid’

Which of these do you feel an insurance company would consider "escape of liquid"?

3.7 Most participants feel property owners are liable to inspect for possible EOL threats

Whose job should it be to inspect flexi-hoses in rental homes for damage?

One common cause of escaped liquid is the deterioration/fracture of a flexi-hose, usually found under a sink or behind a washing machine. A good habit to be in to avoid damage to your home or belongings is to check the condition of these hoses, and identify early if there is any leakage.

The specific laws around these responsibilities indicate it is more the tenant’s responsibility than the landlord. In Queensland, the Residential Tenancies Authority (RTA) suggests that owners are responsible for keeping the property in a good state of repair, whereas tenants are required to inform landlords of any required works. This would mean tenants should keep an eye on potential EOL signs, and alert their landlord. Generally, landlords are liable to perform any repairs as soon as possible.

54% of Australian respondents have Home & Contents Insurance, and 41% of those people have made a claim on their insurance. It shows that the added coverage of insuring both home and contents can create more instances where their insurance can step in.

Respondents had little to no idea what “Escape of Liquid” meant

58% of respondents couldn’t identify the typical industry definition of “Escape of Liquid”. Beyond understanding that EOL relates to insurance, only 36% could identify all the signs of potential EOL, and less than 2% could identify which events would be classed as EOL by an insurance company.

Even some of those who had claimed were in the dark on EOL. 27% of respondents who had made a claim couldn’t definitely say whether or not their claim had to do with an escape of liquid.

When asked what type of insurance they held, 30% of participants living in townhouses said they have Home & Contents Insurance. Given this isn’t possible within the insurance industry, it speaks to our participants being unsure of how to classify their own insurance coverage, and a lack of understanding around insurance terms.

This was mirrored by the confusion around Escape of Liquid. By not understanding what your insurer covers under Escape of Liquid, you may be at risk of a nasty surprise when a claim for EOL is assessed. After all, 13% of participants felt an action of the sea would be classed as Escape of Liquid, however this is a general exclusion in Budget Direct Home & Contents Insurance.

The smartest step you can take is to really read the Product Disclosure Statement (PDS), and understand just what your specific insurer classes as EOL. That way, should the day come that you need to claim, you’ll likely know in advance whether your claim is for an insured event.

For Budget Direct customers, you can view your PDS for Home & Contents Insurance online.

This survey was conducted by Pure Profile on behalf of Budget Direct in February 2022. The survey was conducted online with a total sample size of 960, weighted and representative of all Australian adults (aged 18+) who don’t work in insurance services. All other data on this website are the latest available from the named sources in this article, and were obtained in March 2022. Auto & General Services Pty Ltd does not guarantee the accuracy or completeness of the data and accepts no liability whatsoever arising from or connected in any way to the use or reliance upon this data. 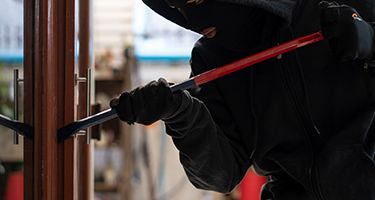 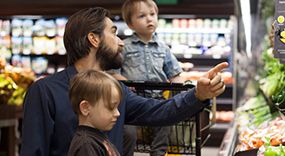 Average grocery bill and cost of food in Australia 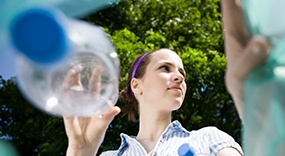