Japan is a fascinating archipelago in East Asia that lures travellers from across the globe.

This island nation tempts globetrotters with its other-worldly cultural sights, innovative technologies and futuristic fashions. From the hyperactive pace of city life to the tranquil beauty of Naoshima, Japan is an eclectic land that arrests the sensibilities of a curious traveller. Japan is the burgeoning conglomerate of the Pacific Ocean country cherishing its ancient roots and advancing as an economic powerhouse.

Before you depart into the diverse island nation of anime, manga, imperial cities and ancient temples, make sure to plan in advance. Proper preparation may not be as magical as your Japanese daydreams, but it’s indispensable.

Secure insurance in case your luggage gets lost, and register with the Australian Government’s Department of Foreign Affairs and Trade (DFAT) in case of an emergency. Without requisite preparation, your dream vacation could quickly collapse into a nightmare. Use the following as your travel guide for what to know about travelling to Japan with minimal financial, health and safety risks. 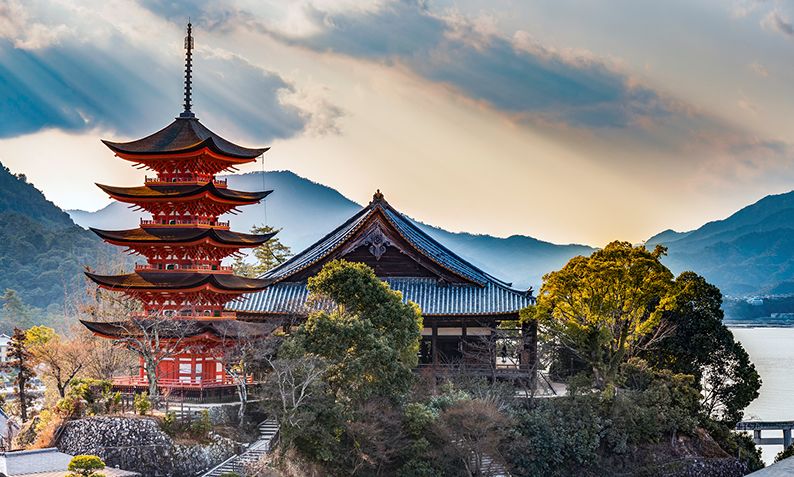 Expect to take off your shoes before entering a house, inn or even restaurant. You’ll be provided with slippers to wear; however, slippers should be removed before stepping on a tatami mat. Bowing reflects a person’s social status and social position and is customary for Japanese people to greet one another.

A handshake is an acceptable greeting for foreigners. Also, state “itadakimasu” (“I humbly receive,” “bon appetit”) before eating to express gratitude; share alcohol with others and serve based on seniority. Toast one another and then drink the first drink together.

Japan-bound tourists can target Okinawa for “green” destinations, as well as the Tsuji island to learn about dolphin ecology. In Yakushima, a UNESCO World Heritage site, tourists can go canyoning, snorkeling, forest walking and take a two-day coastline drive to see stunning views and sea turtles.

Japan’s modernised and energy-efficient public transit can be expensive, yet accessible, fast and an opportunity to see the country. Bullet trains (known as shinkansens) and a network of high-speed train lines connect major cities in the main islands Honshu and Kyushu.

Japan is a relatively temperate country. Autumn is between September and November, and December to February marks the winter season. Spring, the months between March and May, is Japan’s high peak travelling season because of favourable temperatures and the holiday Golden Week, which falls on April 27 to May 6.

The hot and humid summer season begins in June, which is also the start of a three to four-week rainy season. For more details on when to travel, check out Japan-Guide.com’s month-by-month breakdown on Japan’s weather and temperatures.

Things to do in Japan 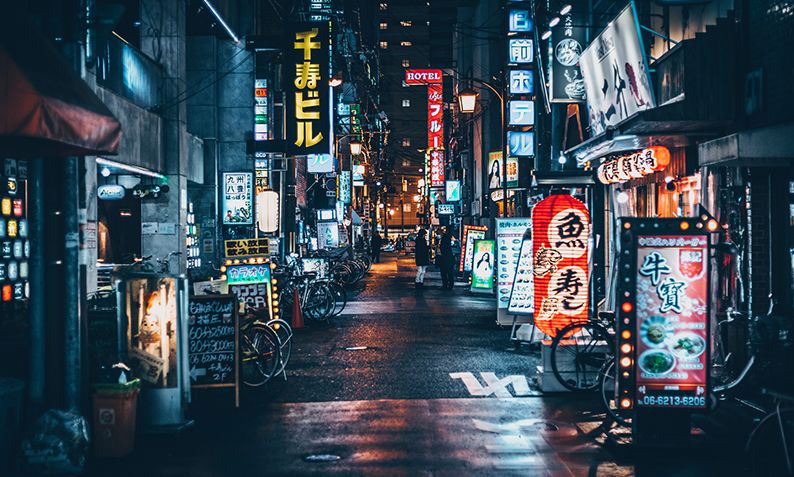 Kyoto, the sublime cultural centre and former imperial city, is adored for its rich representation of traditional Japan. The city’s zen gardens, beautiful shrines and awe-inspiring palaces portray Japanese heritage whereas designer shops and trendy cafes showcase its more contemporary side. Explore the Kinkaku-ji Temple (or The Golden Pavilion), a UNESCO World Heritage Site, the Gion District and the Arashiyama Bamboo Grove.

Nagano is the capital city of Nagano Prefecture, where die-hard skiers can play in Japan’s snowy paradise, Nozawa Onsen. The quaint traditional Japanese village is located at the base of Mt. Kenashi-yama and is known for its hot springs that date back to the eighth century. Tourists can hit the slopes at Nozawa Onsen Ski Resort, and then take a dip in the relaxing public hot spring baths.

This network of ancient pilgrimage routes on Japan’s largest peninsula, Kii Hanto is a UNESCO World Heritage Site that leads to Kumano Sanzan, a sacred site of three Grand Shrines. A trek on one of the four pilgrimage routes (Nakahechi being the most popular) traverses through serene forests and mountainous tea fields. Set your sights on the striking Nachi Falls in Kumano Nachi Taisha, and then relax in a healing hot spring.

Climbing Mount Fuji is for intrepid hikers with an adventurous heart and fearless spirit. The traditional Mount Fuji hike, which starts at Fujiyoshida, and ascends over 17 km through steep slopes and rocky terrain. Climbing season is between July and August. Huts are available en route to the summit to provide accommodation and food; just make sure to book in advance. 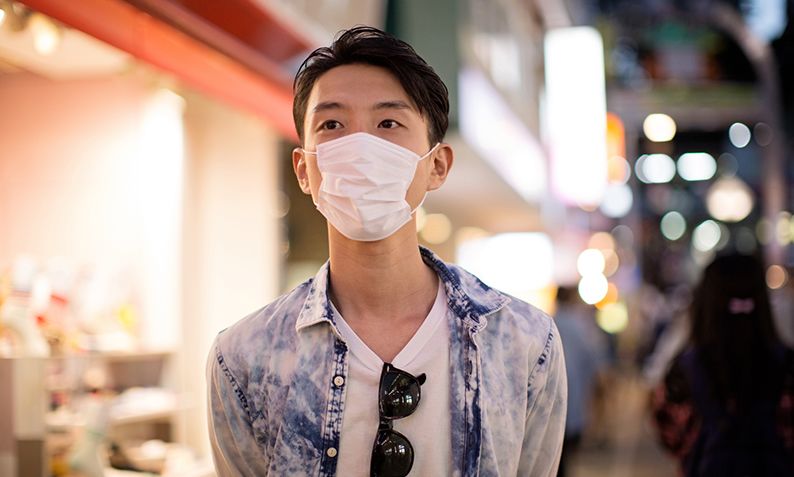 Gather various ways to access money in case your cash is stolen or you lose your credit card. ATMs that accept foreign cards and banks that accept traveller’s cheques are limited in some Japanese areas and cities, which is why it’s important to have multiple payment options.

Cash is preferred in Japan, but bring along traveller’s cheques, debit cards and cash cards as well. Check credit card limits and expiration dates to avoid getting declined. Try to use a credit card that doesn’t charge a foreign transaction fee and offers travel rewards.

Be very mindful of your surroundings, especially during a purchase in a crowded area like the frenetic city of Tokyo. Thieves are experts at stealing credit card information, and pocket-surfers use a high-tech scanner to electronically pickpocket your information (also known as crowd hacking).

Prevent credit card fraud by first notifying your credit card company about your trip abroad to prevent an account hold due to suspected fraud; your issuer will then monitor for any unusual activity. Use the device Signal Vault or wrap cards in aluminum to protect yourself from electronic pickpocketing.

Secure your travel insurance to insulate yourself from steep financial losses in the event of a medical emergency, major travel delay or cancellation, lost luggage, damage or theft. An insurance policy is a travelling essential serving as protection from unpredictable circumstances that no traveller is exempt from. The DFAT recommends registering travel and contact details in case you need to be contacted or located. Also, subscribe to DFAT’s Travel Advisories and Bulletins to receive updates and notifications about travelling to Japan.

Getting around in Japan 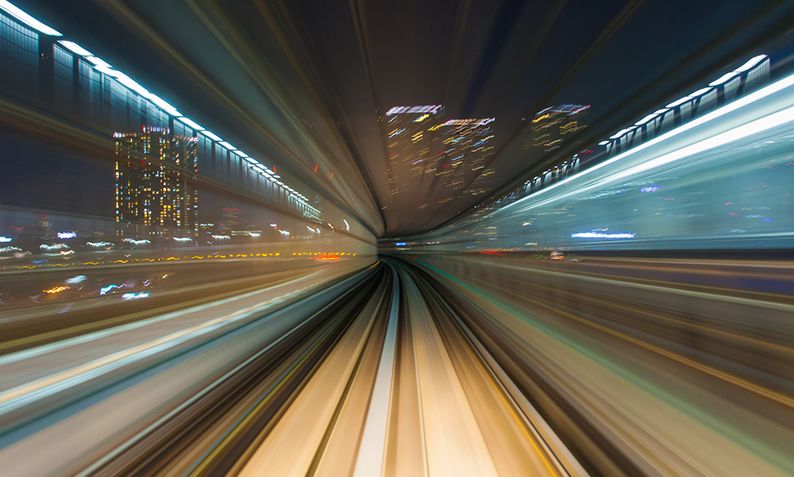 Hotels are common and available; yet, because the high costs of living in Japan affect the country’s tourism industry, prices can get costly, depending on where you’re staying. Hostel dorms and pod or capsule hotels tend to be on the cheaper end.

In a capsule hotel, travellers sleep in a tiny capsule and share bathrooms and common areas. Couchsurfing, also known as hospitality exchanges, isn’t as prevalent in Japan, but if you book well in advance, you have a high chance of reserving a place to stay.

The bullet train provides excellent cross-country travel. It’s convenient, comfortable, fast and ideal for travellers with limited time to see the country. Individual tickets are expensive though and can cost hundreds of dollars. Get a Japan Rail pass for intercountry and even intracity travel with local stops. City metro tickets for a single journey or day pass are options as well. In Tokyo, hit the world-class Yamanote Line for all major city stops. Bus travel is less expensive than the bullet train, but keep in mind you’ll sacrifice time for a lower fare. Avoid taxis if possible; public transportation will be the most efficient and cost-effective.

Japan’s food culture is world-class from the flavours and freshness to the aesthetic presentation of any dish. Sushi, ramen and tempura are iconic Japanese cuisine to try and savor, but traditional Japanese fare goes way beyond fish, rice and noodles.

Okonomiyaki (mix between omelette and pancake) and takoyaki (fritters)

Before stepping foot on this island nation, though, just make sure to prepare accordingly to avoid mishaps that can turn your trip into a catastrophe.

Equipped with an awesome agenda and proper preparation? Now you’re ready for unforgettable experience in the “Land of the Rising Sun.”

Bali travel guide: everything you need to know