India is a vibrant country of exquisite natural beauty and cultural opulence.

You could travel for months from one vibrant city to a rural village—and everywhere in between—and still not be able to explore all of the sacred sites, centuries-old majestic monuments, ancient religious ritual sites and extraordinary places.

India is a vast world in its own right, coloured by stunning landscapes, relentless cultural spirit and enthralling urban centres. Also, as the birthplace of yoga, India offers spiritual reawakening and meditation retreats with its various yoga centres and ashrams. Incredible India is a great resource to plan your trip within India.

Yet, among spectacular temples and romantic palaces, there exists poverty, slums and evidence of the diverse country’s glaring disparities. No traveller can afford to go unprepared, physically, emotionally or intellectually.

Your trip to India requires advanced planning including safety awareness, protective measures (like insurance coverage for travelling and medical vaccinations), cultural expectations and, most importantly, adventures to embark upon.

Etiquette & Customs: Indian etiquette is quite formal, a mix of both Western and Asian culture. India was part of the British Commonwealth for many years and as a result of that connection a considerable volume of the Indian population have been influenced by the British style of etiquette – formal and somewhat conservative. 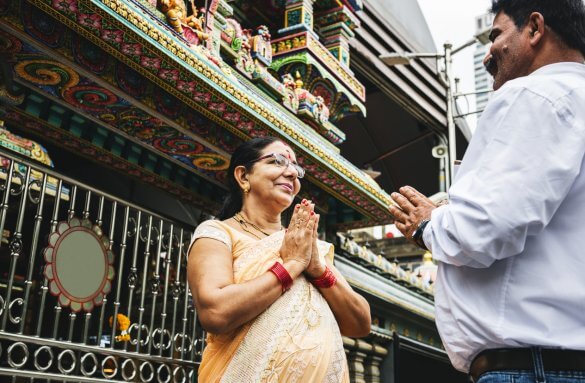 Always greet the eldest person in a group first, and when leaving make sure to bid farewell to each person individually. Although shaking hands is customary, handshakes between a man and a woman are seldom because of religious beliefs.

If you’re invited into someone’s home, take off your shoes before entering, dress modestly and politely turn down the first offer of food or drink. (The host will ask again.) Also, it’s not necessary to bring a gift when you’re invited to an Indian home.

Indian etiquette considers it important to use a person’s title wherever it is possible, titles such as doctor or professor etc. Use courtesy titles such as “Mr”, “Mrs”, or “Miss” for those without professional titles and wait to be invited to use first names.

Try ‘Sir/ Ma’am’ for strangers and ‘Uncle/ Aunty’ (or Chachaji, Mausiji etc) for familiar people. For a stranger who is not so old, it is better to suffix the name with ‘ji’, as a mark of respect.

Ecotourism: Visit TraveltoCare.com to learn about eco-responsible hotels in India that are dedicated to preserving the environment and supporting local communities. The Indian-based online guide provides sustainable and responsible accommodation options in India’s most popular places and undiscovered destinations. 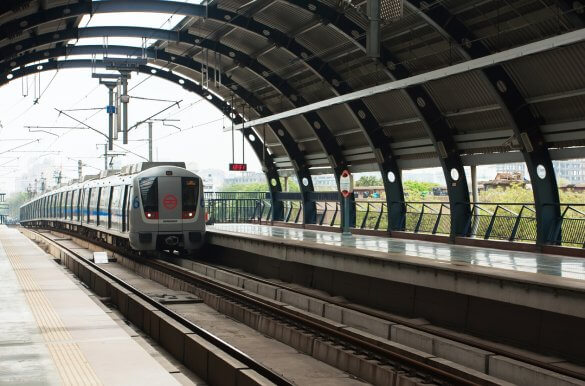 Transportation: Most of India’s population uses public transportation, especially since transportation is a major part of the country’s economy. India’s rail transport is the fourth largest railway network in the world and the most common way to travel long distance. Indian locals and tourists can also get around by bicycles and rickshaws.

Temperature & Weather: The country’s weather vastly ranges from tropical in the south to snowy in the north and hot and dry in central India. The country is also divided into seven distinct climatic regions, including the Himalayas, Assam and West Bengal, Indo-Gangetic Plain/North Indian Plain, Western Ghats and coast, Deccan Plateau and Eastern Ghats and coast.

Winter, summer and monsoon make up India’s seasons. Summer starts in February and reaches its peak in April. Signs of monsoon season start in late May to October. In November, the sunny skies and relatively cool temps of winter move in and attract travellers, marking it as India’s peak tourist season.

To help narrow down your Indian excursion, here are 10 discernible destinations embellished with cultural accolades and natural ornate beauty that make up the heart and soul of India. 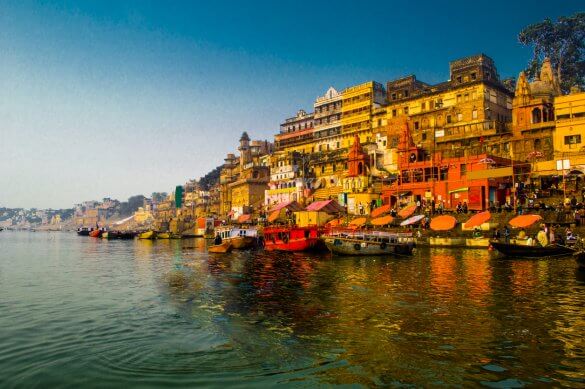 Vaccines & Medicines
Health officials recommend visiting your doctor four to six weeks prior to travelling to get routine vaccines including:

Most travellers should get Hepatitis A and Typhoid as protection from contaminated food and water.

Also, prevent bug bites from mosquitoes, ticks and fleas to reduce the risk of disease while travelling in India. Travellers may be susceptible to dengue fever and mosquito-borne diseases. Wear clothes that cover exposed skin and use insect repellent. Stay in air-conditioned or screened rooms, and use a bed net if you’re sleeping outdoors. Seek medical attention for any signs of a fever.

Food and drink awareness is a traveller’s first defence against illness and disease. Although India has great medical facilities available but it can be very expensive. Protect yourself with travel insurance in case of an emergency that requires immediate health care or a medical evacuation.

According to Australia’s Department of Foreign Affairs and Trade “Healthcare agreements are no substitute for travel insurance. They won’t cover you if a doctor recommends medical evacuation back to Australia.”

Even the healthiest and fittest travellers can’t afford to travel to India without a comprehensive policy. Keep in mind malaria is high-risk in India. Talk to your doctor about prescription medicine to prevent the disease, and verify that any prescription drugs are legal to bring into the country.

If you need to take prescription drugs while abroad, bring extra medication and carry a card identifying all of your medical information.

Crime & Civil Unrest
Because of terrorist attacks and security threats in India, use extreme caution and practice personal security at all times. Give attention to any public alert warnings about terrorist activity issued by the Indian Government. The DFAT offers safety and security guidance on the following:

Women Safety
Female foreigners are highly encouraged to exercise vigilance at all times. Use common sense, travel with heightened attention and follow your instincts, even in major cities, tourist spots and during group travel. For the most positive experience, women travellers should do the following:

A Country of Beauty, Bewilderment & Brilliance 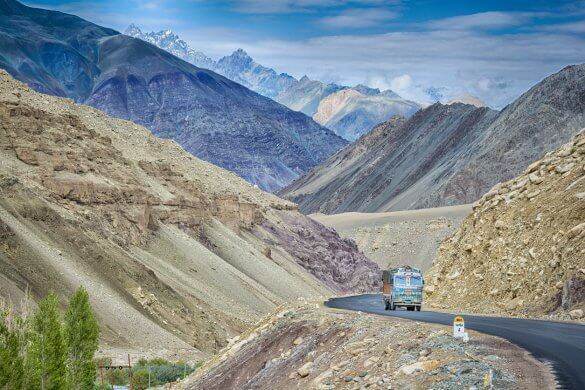 India is undoubtedly a country that has no rival. It proudly lives with audacious spirit and unparalleled beauty. It’s unapologetic for its materialistic-driven society or arguably dysfunctional, perhaps misunderstood, ways of life.

India is a country of paradoxical existence, oscillating between ancient architectural grandeur and world-class technologies to perilous political strife and dismaying social conflict.

The country can perplex or fascinate from one instance to another, which is why it’s a destination for epic adventures and unforgettable experiences. Treat the country with respect, embrace the culture, be flexible and have an open heart.

Plan to have the best trip imaginable and prepare for the worst case scenario. But also don’t neglect to protect yourself during your adventures abroad by taking the necessary pre-trip precautions and purchasing travel insurance.

Equipped with coverage and other indispensable safety measures like vaccinations and security info, travellers can embark on a once-in-a-lifetime experience to India.

The essential road trip checklist for 2021