Here’s the inside scoop on how concept cars come from the drawing board through to your garage.

Concept cars as a playground for innovation

“Design and beauty not only command attention, but they are the very foundation of living, breathing progress… not only in automobiles but all man’s progress.” So said automobile designer Harley Earl. As the man regarded as the father of the concept car, Earl took imagination and design to new heights at General Motors in the 1950s.

Concept cars shone a light on innovation in motors, manufacturing materials and design. Their original name, “dream cars,” set the stage for this invaluable tool in automotive innovation.

The tradition of concept cars continues today, as it allows car manufacturers to test ideas. In the conceptual design stage, car manufacturers and their design teams often want to solve a particular problem or test a theory.

The cycle of the concept car works like this:

Find this interesting? Check out these articles.

Why the concept car?

The concept car serves as a research and development phase for car companies. It allows manufacturers the ability to test concepts without making entire lines. And it satisfies the curiosity of car lovers who eagerly await the latest innovations in car manufacturing.

The concept car means stretching boundaries. Using steel for the Pontiac Club de Mer in 1956 gave it a space-age-meets-Bond look and feel. Flattening a Ferrari gave the Ferrari Modulo the opportunity to demonstrate excellence in geometry, symmetry and coach building in one car.

Capturing imagination is an essential part of the concept car. Consider the Kevlar, carbon fibre and aluminium mix of the 1980s debut Italdesign Aztec. It may not have ended up changing the face of body shaping or materials, but it certainly captured the imagination of a Japanese billionaire who went on to order 18 of them off the production line.

But it isn’t always about play time. 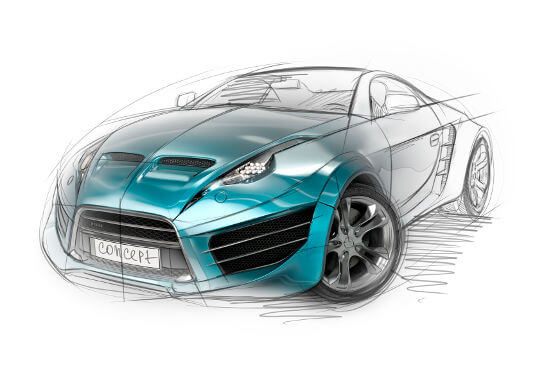 The concept car as the market tester

The concept car tests adoption and can be used as a sales vehicle. The Porsche Boxster was introduced in 1993 at the Detroit Motor Show as a concept car, but was racing off the production line in 1997 because of popular demand. It was a return to the looks and road manners of the celebrated 550 Spyder of the 1950s. It was a two-seater cockpit sports car with a tasty six-cylinder, water-cooled, horizontally opposed engine (boxer).

With a relatively modest price of $40,000, it was the most affordable yet powerful Porsche seen for decades. Beautifully styled and perfectly priced, it offered the motoring enthusiast access to Porsche prestige.

Introduced in 1993 at the Detroit Motor Show as a concept car, the Porsche Boxster was racing off the production line in 1997 because of popular demand.

It was the make-or-break moment for a financially ailing Porsche. Strong German currency and a declining interest in sports cars were hurting the manufacturer. It was the Boxster and the quick thinking of then-CEO Wendelin Wiedeking that reversed the company’s fortunes.

In an interview for the August 1993 issue of Britain’s CAR magazine, Wiedeking said his vision was to: “…cultivate the 911 because it is the backbone of our business. At the same time, we must develop an entry-level car priced below [$40,000]. This segment is six times bigger than the one the 911 competes in. As soon as the new baseline Porsche is in the showroom, I guarantee you that our production will double to over 30,000 vehicles a year.”

Wiedeking used the Boxster concept as a testing ground for the car and for manufacturing processes. The Boxster proved affordability had been a key barrier to entry for most Porsche enthusiasts. He also proved that adopting a lean production model, like the Japanese’s, and using part sharing freed the company from high overheads. These savings could then be handed directly to the consumer.

This significant change in manufacturing resulted in 56,000 Boxsters hitting the road each year. The same collaborative process and part sharing has moved parent company VW to the forefront of price competitiveness across the Audi, VW and Skoda brands. 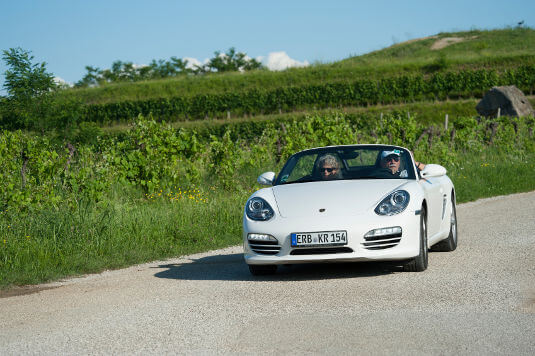 Economics and market adoption aren’t always the driving force behind the concept car. The Chevrolet Volt and EV1 were GM’s response to government-mandated emissions research. Where the GM EV1 failed to gain traction during the ‘90s, the Volt has succeeded.

The GM EV1 was a 1990 concept car based on producing zero emissions as an entirely electric vehicle, sold at Saturn dealerships across the U.S.

While its government-ordered mandate of zero emissions pleased consumers, GM resented the EV1. They leased (as opposed to sold) the vehicles. They restricted distribution to Saturn dealerships and shied away from providing proper support

In a New York Times article, the company made its distaste for the clean-tech initiatives clear. At the 1994 Detroit Motor Show, GM’s spokesperson William J. O’Neill said, “it is not going to help if we build ‘X’ number of units to satisfy the mandate, and then don’t sell them”.

Once the regulations were relaxed to include hybrids and gas cars, GM made a further startling move. GM canceled all EV1 leases, recalled the car and sent them to the crusher. Since only a handful survived, this car is now one of the rarest produced in the ’90s.

The much more celebrated GM car, the hybrid Chevrolet Volt, wins green awards. It has switched from concept to production car and has sold steadily since 2011. The Volt shares the bill with the EV Spark, a lithium-ion battery-powered car that serves as a symbol of the technologically advanced nature of GM. 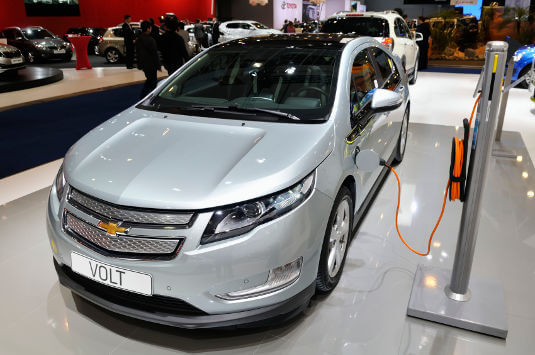 The concept car on the drawing board

The concept car will always have its place within modern car manufacturing. It gives the audience the ability to imagine the car of the future while measuring consumer interest in real, live concepts.

Concept cars are a bridge between imagination and practicality. The desire of designers and engineers to stretch automotive limits is satiated while the commercial reality is tested.

Not all concept cars make their way from showcase to showroom. However, the concept car remains a testament to innovation, engineering and imagination.

Extend or move: how much does an extension cost?

How much does it cost to live in Australia?