Whether you’re an outdoor enthusiast or an urban aficionado Canada’s far-reaching geography offers tourists the best of all worlds.

From cascading waterfalls, majestic national parks, bustling city centres and oceanside escapes, visitors of all interests and lifestyles will feel at home in any of Canada’s welcoming provinces.

This culturally diverse country, comprised of French, British and its native aboriginal people (comprised of the First Nations, Inuit and Metis) Canadian locals are known for their friendly, tolerant and open-minded disposition.

From getting around the country and safeguarding your travels to top attractions and regions, we’ve got everything you need to know to make the most of this top travel destination.

Etiquette & Customs: Canada’s culturally diverse population is comprised of highly tolerant and welcoming locals known for their community-oriented nature. Canada’s natives have a high regard for social responsibility, be mindful of eco-friendly practices and cognizant of the various cultures and languages across the country.

Ecotourism: Known for its vast expanses of unspoiled wilderness, Canada’s ecotourism is plentiful. From the Boreal Forest with thousands of beautiful remote lakes and streams to the Canadian Shield with its famous rock formations and whitewater rivers, Canada’s eco system boast wildlife waiting to be photographed along with a highly diversified aboriginal culture to discover, according to Canada Wilderness.

Transportation: As the world’s second largest country, trekking through its ample terrain may seem like an overwhelming feat. Luckily, various forms of transportation are offered; read to learn more about transportation options in Canada.

Temperature & Weather: Canada is known for its winter sports, making it a hotspot for skiers and cold-weather enthusiasts alike. However, the country’s climate ranges in temperature depending on the region. According to CEC Network, Canadians enjoy four very distinct seasons, particularly in the more populated regions along the US border. Daytime summer temperatures can rise to 35 degrees celsius and higher, while lows of -25 degrees celsius are not uncommon in winter. More moderate temperatures are the norm in spring and autumn. 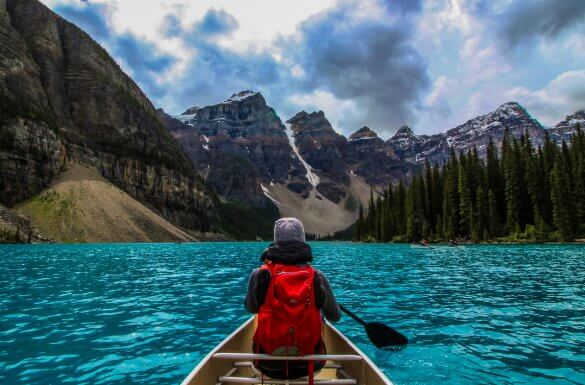 Canada is composed of 10 beautifully diverse regions. For travellers with plenty of vacation time on their hands, we recommend visiting them all. For the rest of us, we’ve narrowed it down to the top four regions guaranteed to appease even the pickiest globe-trotters:

From outdoor spectaculars to vibrant cities, there’s no shortage of attractions in Canada. With so many places to see, what’s a traveller to do? Here’s a few of our top recommendations to get you started.

Even in generally safe countries like Canada, which boasts relatively low crime rate and a great healthcare system, it’s always important to consider the necessary safety precautions. If you are skiing lover, make sure you have skiing travel insurance.

Ensure safe travels and a pleasant adventure by safeguarding possessions and personal identification. It is always recommended for travellers to make copies of personal documents like your passport and drivers license, safeguard all forms of payment like debit and credit cards and secure travel insurance to cover all possible accidents or emergencies while travelling abroad.

Getting Around in Canada

From mountains and waterfalls to prairies and rivers, Canada offers travellers a scenic adventure of epic proportions. To help travellers take in every bit of the breathtaking Canadian vistas, here are our top transportation options: 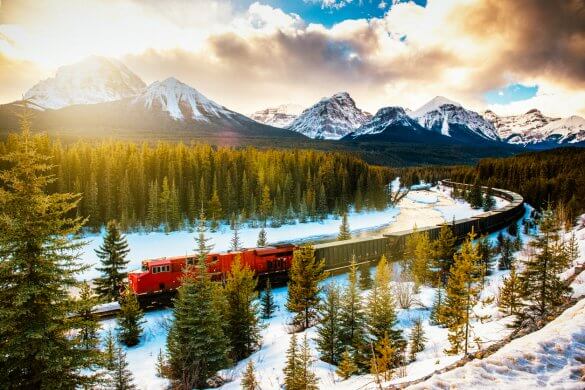 Whether you’re observing the majestic mammals like deer and elk from the roadside or touring the city and capturing the sights, securing your personal safety as well as your personal belongings is essential to a memorable vacation. Don’t let a lack of preparation ruin your stay. Put your mind at ease with travel insurance in case of an emergency and get ready to embark on an adventure of a lifetime.