Australia lags behind in
the driverless cars race

A new survey shows it could be fear holding us back.

Driverless cars might seem like something out of a science fiction film set in the distant future, but the reality might be closer than you might think. Autonomous vehicle trials are being conducted in countries all over the world and Australia is no exception. Private companies and government bodies alike are racing to develop the technology that will allow drivers to kick their feet up, watch a film or catch up on some sleep, all while behind the wheel.

But Australia is only ranked 14th out out 20 countries that were analysed in the 2018 international autonomous vehicle readiness index. Each country was assessed in four areas: policy and legislation, technology and innovation, infrastructure and consumer acceptance.

A new survey conducted by Budget Direct Motor Insurance has drilled down into the specifics of Australia’s attitudes and feelings towards autonomous vehicles and just how safe these vehicles will be on Australian roads.

Would you buy a car from Apple or Google? 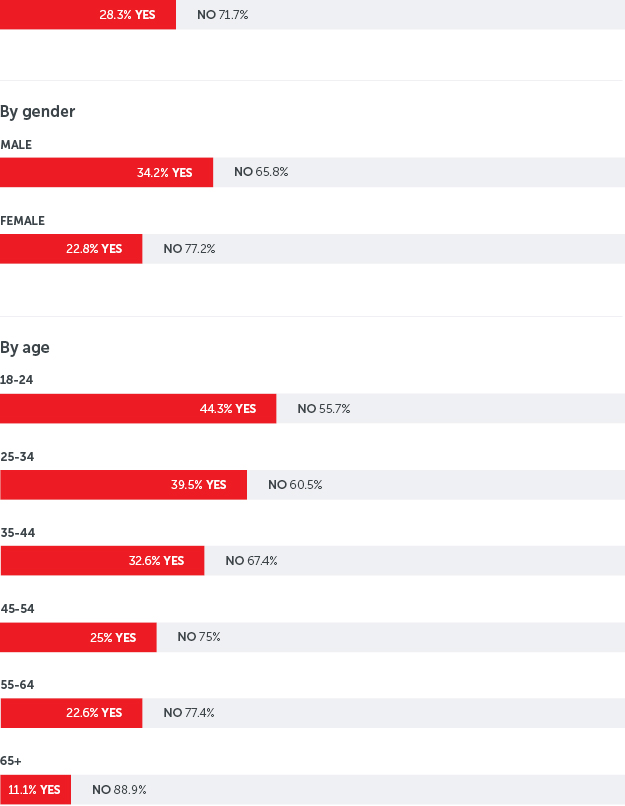 Over 1000 Australians were surveyed and the results have revealed that over half of Australians think having autonomous cars on public roads is a dangerous idea. With so much still unknown about how these vehicles will work and interact with nonautonomous vehicles on the road, it’s not hard to see where the reluctance is coming from.

57.2% of those surveyed responded that they thought autonomous cars were a dangerous idea. 49.9% of men and 64.1% of women revealed they don’t like the idea of the self-driving cars operating in our transport systems. If implemented, autonomous vehicles won’t be limited to just cars, but also shuttles, trucks and buses. So relying on self-driving technology for all our grounded transporting needs is understandably an intimidating prospect for some and a big change for many different industries.

But the research undertaken by autonomous vehicle companies estimates that they can reduce the number of road fatalities that occur around the world by over one million deaths a year through autonomous vehicle technology.1 With an estimate of around 90% of all road accidents being attributed to human error, autonomous driving would see the end of road deaths that occur as a result of speeding, drink and distracted driving.

The numbers decreased again when asked if they would actually purchase an autonomous vehicle. Apple and Google are among the leaders paving the way with developing these self-driving cars, both with advanced trials in progress across the globe. But only 28.3% of Australians said that they would buy an autonomous car from Apple or Google if they became available on the market.

Men were only slightly more likely than women to buy an autonomous car from Apple or Google, with 34.2% of men and only 22.8% of women saying they would purchase a self-driving vehicle from the technology giants. With less than a third of the population actually willing to invest their money in self-driving technology, it’s not hard to see why Australia is ranking so low in the readiness index.

Are driverless cars a dangerous idea? 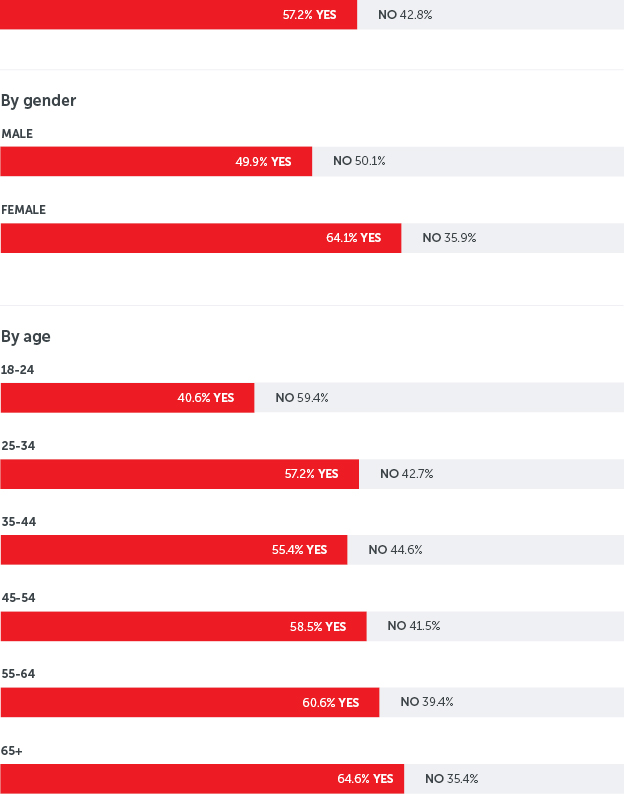 Only 38.1% of people aged 55 and over said they would ride in a self-driving vehicle, supporting the well documented fact that technological advances are usually accepted last by older generations who show a greater reluctance to adopt new technologies.2

Also supporting this assertion is the fact that only 22.6% of 55-64 year olds said they would purchase an autonomous car from Apple or Google while an even smaller percentage of over 65’s said they would buy one at 11.1%.

So will autonomous vehicles be another example of technology that is slowly but surely implemented in society and becomes commonplace? Or will Australia continue to fall behind the rest of the world in the move to make our roads and environment a safer place?

Would you personally ride in driverless car? 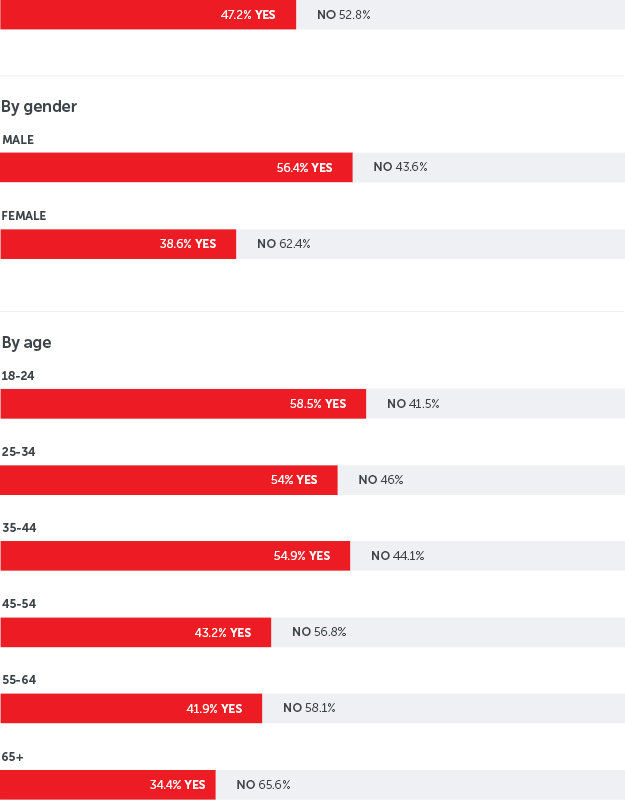 Surveys of passenger feedback was conducted for two of the existing trials that took place in Australia in South Perth and Darwin in 2016 and 2017 respectively. 80% of the passengers who rode on the Intellibus driverless shuttle in Perth in 2016 said they would be happy to ride on the shuttle again.3 And 88% of passengers of the driverless shuttle operating on public roads in Darwin were happy with the shuttle’s service.4

Such positive feedback for these autonomous technologies suggest that once people have actually experienced the technology for themselves, much of their initial reluctance and hesitation can be overcome. As more trials are planned to roll out in Australia as soon as later this year, we might start to see a shift in the way Australians feel about autonomous vehicle technologies and the role they will play in our transport systems in years to come.

Australia lags behind in driverless cars race
Using a mobile phone while driving
Australian roads, safer or more dangerous than ever?
Are Australians ready to buy cars online?
Car Insurance Claims – Not My Fault
Can I ride a scooter with a car licence?
Does Car Insurance Cover Rental Cars?
How Much Does Car Insurance Cost?
Electric car survey
How to turn on Do Not Disturb While Driving
What are the rules around double demerit points?
4 ways to protect yourself against car theft
What PPSR is, and why you should use it
8 simple ways to improve fuel efficiency
The pros and cons of driverless cars
What to do if your car is stolen
Can I get cheaper car insurance with a dashcam?
How to Switch Car Insurance Providers