There’s a reason the entire car world is going crazy for the all-new Chevy C8 Corvette. For the first time since 1953, GM has relocated the ‘Vette’s engine to the rear, and in the world of high-performance supercars, engine placement is a big deal. Relocating the Corvette’s engine from front to rear shifts more weight to the rear axle, thereby improving traction, acceleration, and handling.

All the buzz made us think; what would happen if we took seven popular sports cars and relocated the motor to the other end of the vehicle? If the Corvette can do it, then why can’t others join in the fun? Here’s what we came up with. 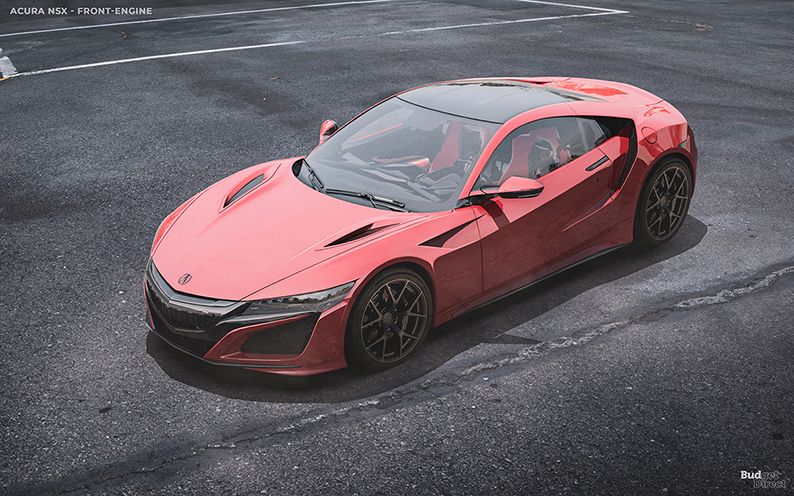 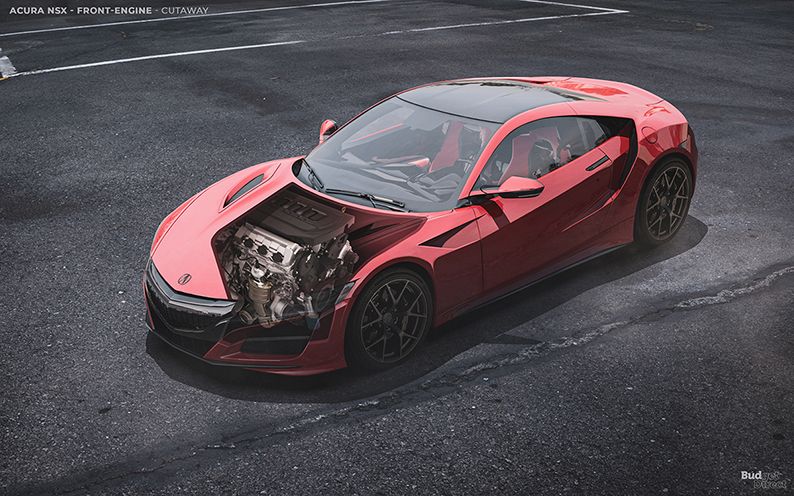 The new Acura NSX is a magnificent car, but with a hefty $160k price tag it’s not the car for everyone. Acura/Honda crammed in so much tech to the NSX, not least its hybrid powertrain with three electric motors, but all this tech comes at a cost.

But what if we move the 3.5-liter ICE motor to the front? Naturally, swapping the engine from rear to front means a longer hood with a longer front overhang. With this, the rear overhang will be shorter as well, giving the vehicle a sporting GT stance. Additionally, we moved the greenhouse further backward to smoothen the proportions.

This also means more room for the dual rear-mounted electric motors to do their thing as the NSX rushes from 0 to 60 mph in 3.1-seconds. 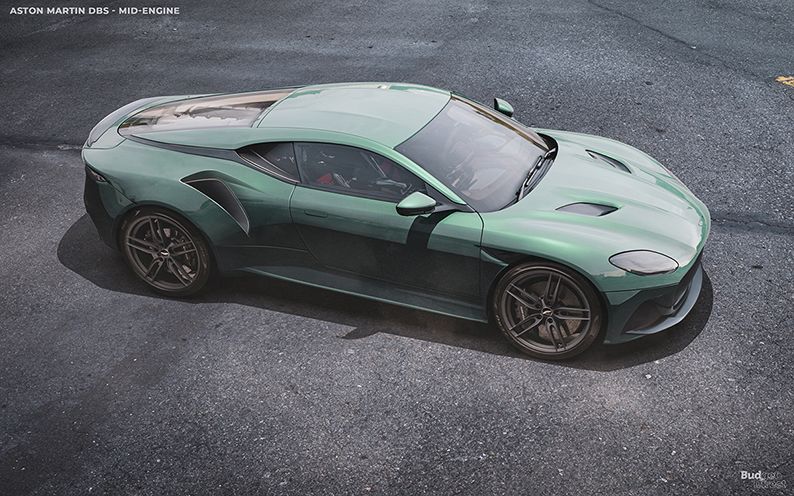 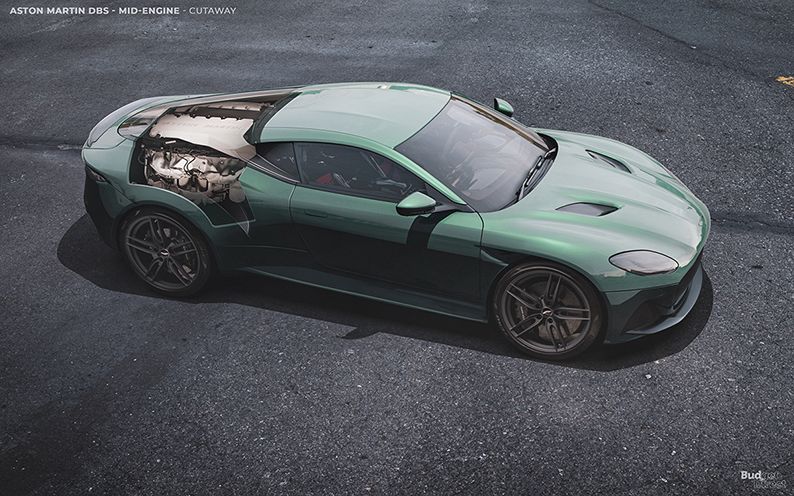 The new Aston Martin DBS Superleggera was created to go head to head with the iconic Porsche 911. And depending on how you look at it, it might even be better than a 911 in some aspects.

The DBS is a great-looking car, so we kept it simple and stuck to the design basics. With the new engine placed above the rear axle, our mid-engine DBS has a longer greenhouse and lengthier rear overhangs. The wheelbase is unchanged, but the car now has a shorter and lower hood.

Apparently, relocating the engine from front to rear gave our DBS the panache of a supercar, similar to how the C8 Corvette instantly transformed from sports car to supercar by moving the engine. 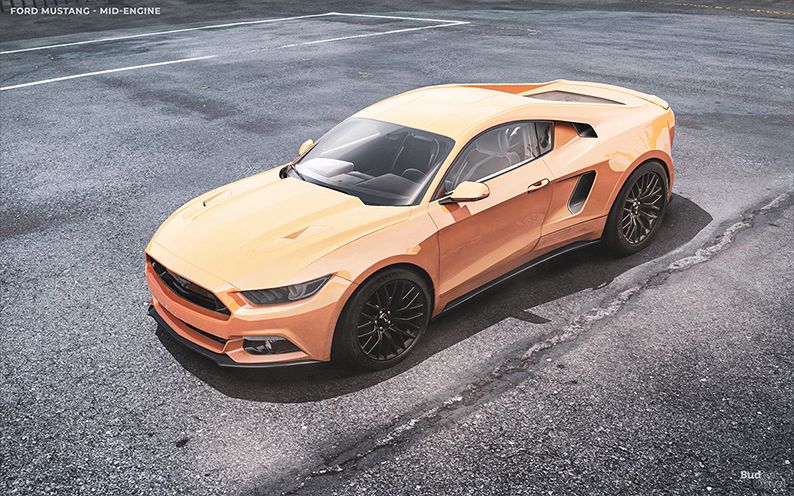 GM expanded the new Corvette’s performance merits by moving the engine from front to back, and we’re guessing Ford must be thinking really hard about a mid-engine Mustang.

For us, it’s the next big step. Can you imagine a 760-horsepower mid-engine Mustang Shelby GT500? The possibilities are endless.

But instead of getting ahead of ourselves, we started with Mustang GT. The familiar pony car body shape is still there, but the greenhouse is relocated behind the front wheels. The slanted D-pillars, shorter hood, and bulbous fenders give it a muscular, hunkered-down stance. It’s still a Mustang, but it’s now a rear-engine muscle car. 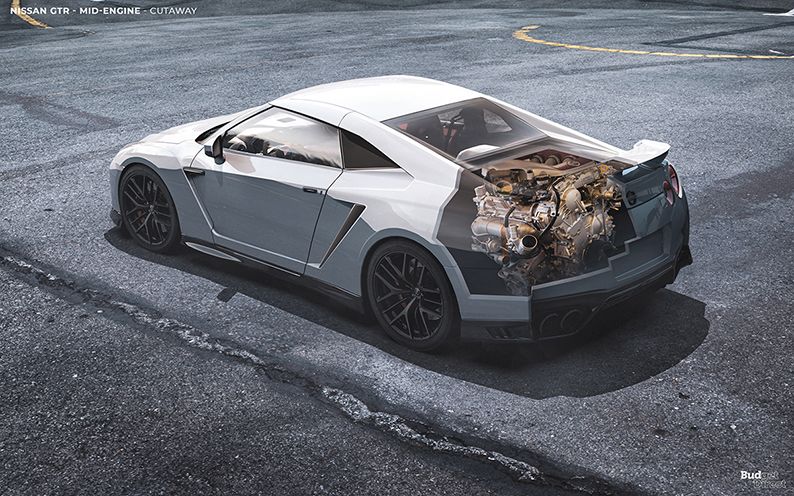 The current iteration of Godzilla is a supercar beater. It frightened German and Italian supercars, much in the same manner that the Mitsubishi Lancer Evo made Lamborghini and Ferrari take notice.

The next step for Nissan could be to move the GTR’s monstrous 3.8-liter V6 to the rear. And with this, the public can now view this gem of an engine through a glass panel in the rear.

With no motor in the front, our mid-engine Nissan GTR has a shorter hood, but the wheelbase and front/rear overhangs are virtually untouched. But this time, you’ll find extended D-pillars and new intakes on the rear shoulders for better engine cooling. 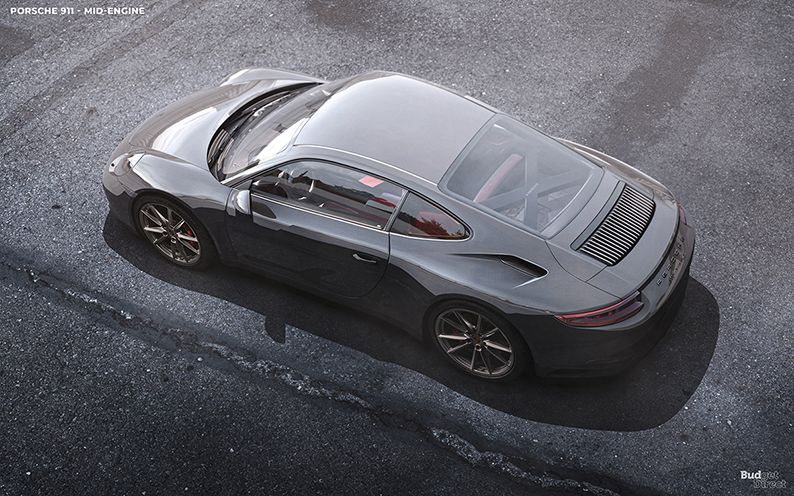 We know it’s not the first time Porsche threw a proper mid-mounted engine in a 911 – that credit goes to the 911 RSR – but we did our own version anyway. The result is a slightly extended whale-tail rear end, which is a nice look for the 911.

We also pushed the greenhouse further towards the front, resulting in a shorter and lower-angled nose. And with a sloping rear end like a McLaren Speedtail, our mid-engine Porsche is poised and ready to achieve record-breaking speeds.

With a heavy twin-turbocharged Boxer six resting above the rear axles, this rear-engine Porsche is likely to handle better too. 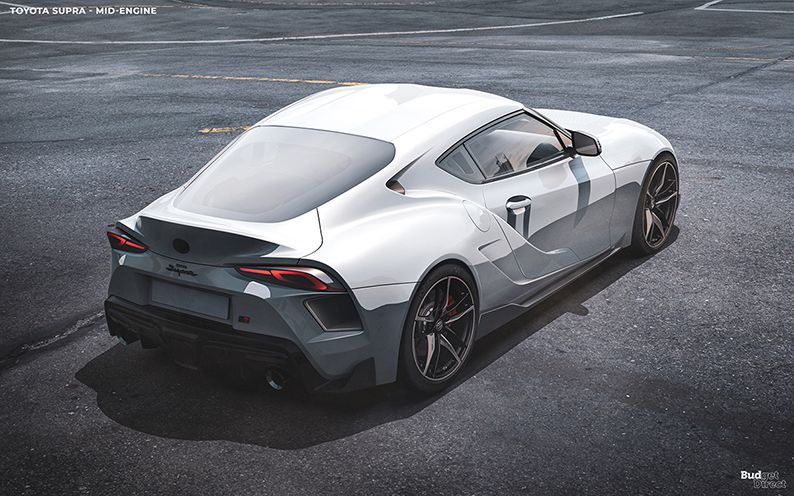 We thought about how Toyota can make the new Supra its own, rather than base it on the BMW Z4, and this is what we came up with.

Whereas an original fifth-gen Supra has a short rump and a long bonnet, this rear-engine version is exactly the opposite. It has an extended rear design with shorter overhangs and a shorter hood. We also moved the greenhouse towards the nose to free up some space in the rear.

The new Toyota Supra’s chassis can handle more power; moving the engine to the rear will allow the car to harness more power from BMW’s turbocharged inline-six. Come to think of it, there’s enough room for the Lexus LFA’s marvellous 1LR-GUE V10 engine in there; maybe Toyota should do just that.

The Dodge Viper was way ahead of its time. And if it does return, we’d like it to have a rear-engine setup. The ‘bread van’ inspired rear design is meant to accommodate FCA’s most powerful iteration of its gargantuan 8.4-liter V10. Whereas an original Viper has a rearward-cabin design and a longish hood, this rear-engine Viper has a shorter front and sloping rear end.

The D-pillars are also pushed further back to accommodate a pair of snazzy air intakes to feed its large V10 engine. You’ll also find smaller air outlets at the back of the front wheels to cool the Viper’s massive brakes.

Engine location is a critical part of engineering a vehicle’s dynamic prowess. We’re not sure how a rear-mounted V10 would affect the Viper’s behaviour over fast, sweeping corners, but we bet it would be a blast in the drag strip.

These re-designed vehicles might not go into production anytime soon, but we think the manufacturers should seriously consider it. Which one would you love to drive out of the showroom?

If 8 car manufacturers made UTES