What comes to mind when you think of your favourite TV shows? A particularly memorable character, a sharp quote – or maybe an unforgettable car? With worldwide audiences, cult TV programmes from Arrested Development to Breaking Bad have made their vehicles as instantly recognisable as their drivers.

Join us for a trip down memory lane as we have a look back at ten of television’s best rides.

Not your usual family car, the stair car in Arrested Development began life as part of the Bluths’ private jet. After their financial troubles, the jet went but the stair truck stayed – and ended up being used as an everyday vehicle. Based on a modified Ford F350, the stairs added at the back caused their fair share of problems, from knocking down banners to people using them to sneak into first-storey windows. 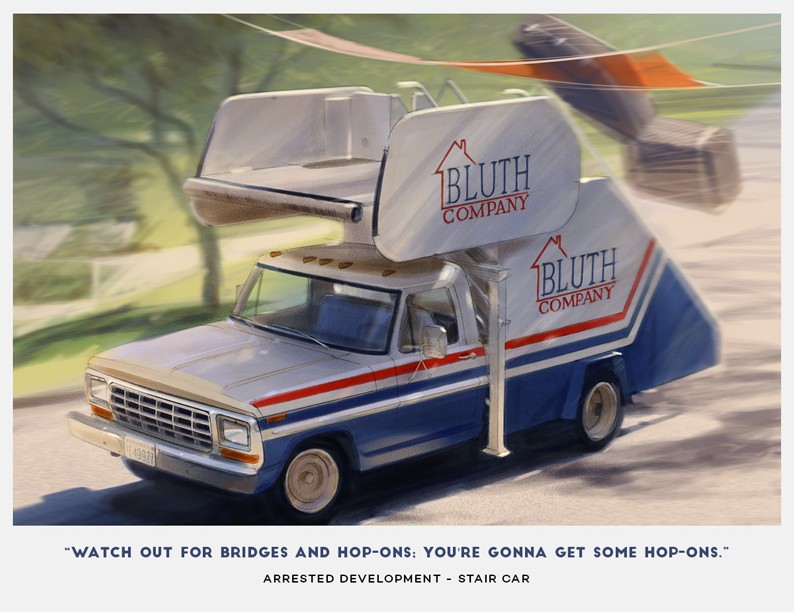 With its distinctive batwing tailfins and black and red colour scheme, the Batmobile is simply unmistakable. It’s had several iterations over the years, but this one from the 1966-68 TV show set the ground for many later Batmobiles, as it was the first to have a rear rocket thruster. Unfortunately, it wasn’t quite so efficient in real life. The car, a one-off Lincoln Futura, had issues with overheating and had to have its engine, transmission and tyres replaced mid-series. When Walter White and his former student Jesse Pinkman started cooking and selling meth, they realised they didn’t have anywhere to use as their ‘lab’ – which is where this iconic run-down RV came in. The pair nicknamed the 1986 Fleetwood Bounder the ‘Crystal Ship’ and, although in poor condition, it survived two and a half seasons before Walter destroyed it to keep it out of the hands of the DEA. 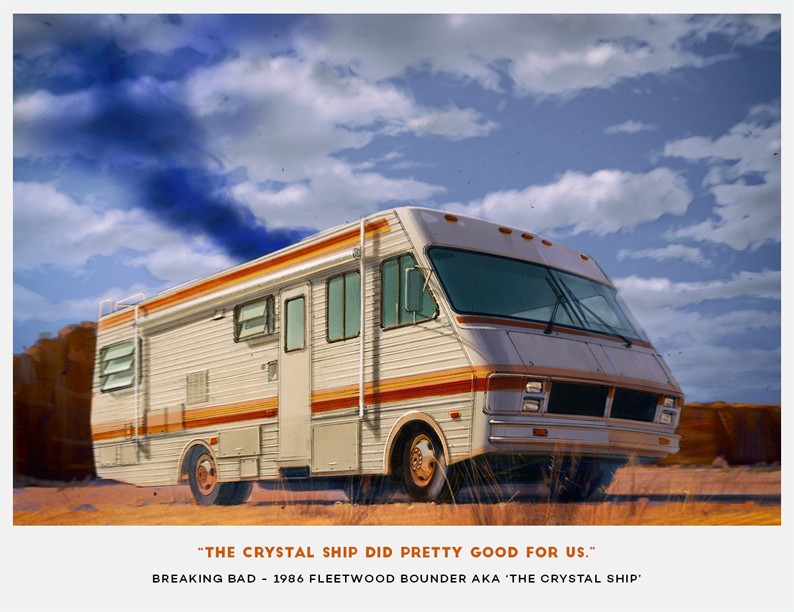 One of the classics of 1970s television, ‘General Lee’, the Duke Boys’ bright orange 1969 Dodge Charger, was central to the Dukes of Hazzard storyline. Although the car had its distinctive ‘General Lee’ and ‘01’ markings, it wasn’t just one car with a couple of stand-ins. An extraordinary 309 Dodge Chargers were used for the show. Because of this, the producers switched from having the cars handpainted to using the much quicker method of vinyl decals to ensure each one was identical. 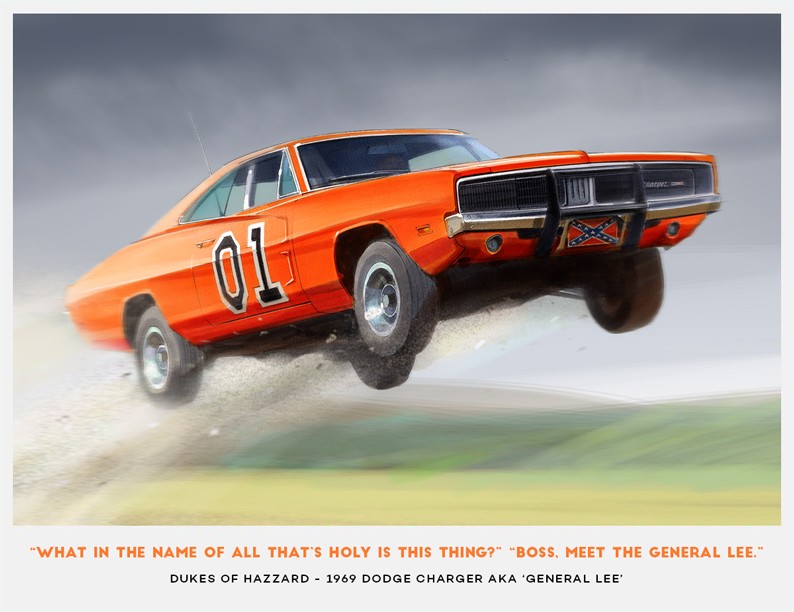 At first sight, the A-Team’s 1983 GMC G-15, which was used for mercenary work while they’re wanted for a ‘crime they didn’t commit,’ doesn’t look too different from a normal van. But it has had more than a few tricks up its sleeves, housing at times a mini printing press, an audio surveillance device and a gun locker. The black and gunmetal-grey bodywork with a red stripe has become an enduring image of this 80s cult TV show. And anyone who harms it? Well, they’ll have to deal with B.A. 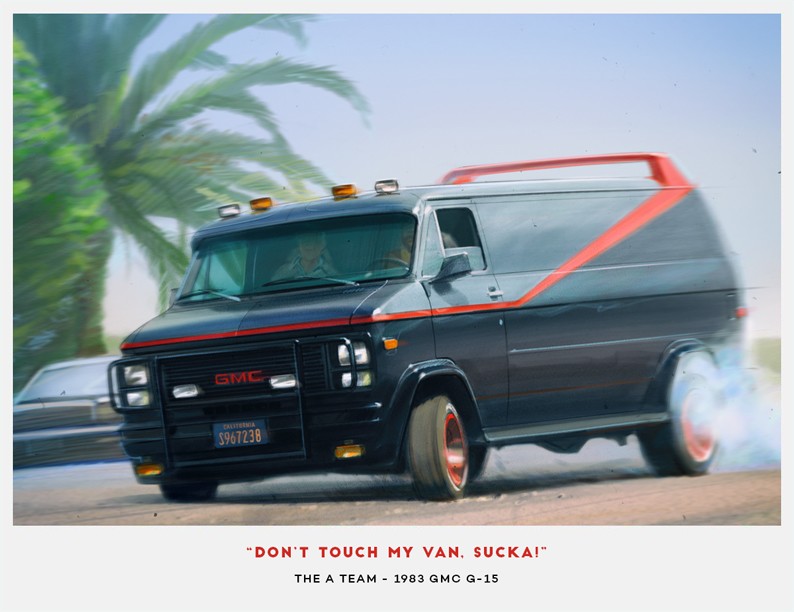 The Knight Rider Two Thousand, or KITT, was a character in its own right. KITT’s AI allowed him to talk to Michael Knight, creating the partnership that defined the storyline. The sleek black body and low frame gave it a futuristic look, matched by the abilities to drive itself through its ‘alpha circuit,’ withstand temperatures of over 400C with ‘pyroclastic lamination’ and reach 60 mph in two seconds, thanks to a turbo drive transmission. Off-screen, KITT was one of several 1982 Pontiac Trans-Ams, some of which were fitted with lightweight fibreglass bodies to make stunts easier. 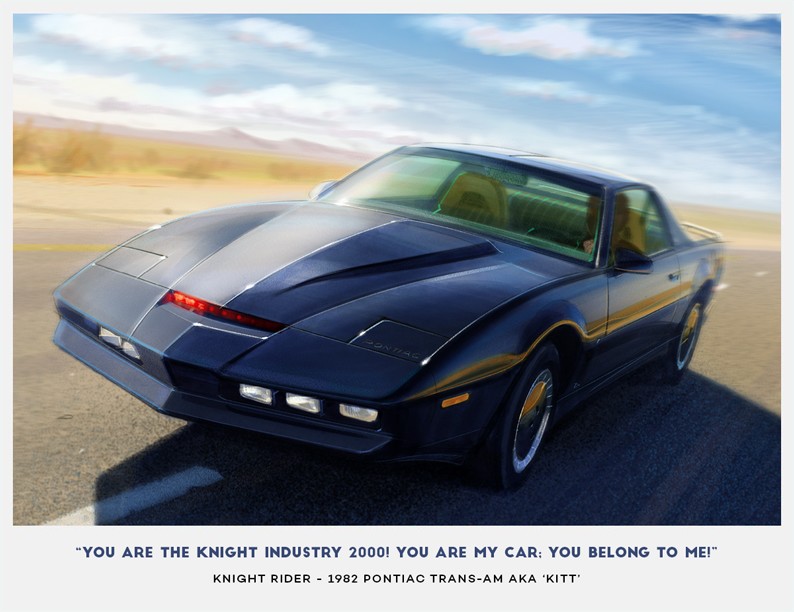 Dennis Reynolds’ Range Rover, a 1993 RR County LWB, isn’t the luckiest of vehicles. From causing a crash to running over fellow co-owner of Paddy’s Pub Charlie, the show sees Dennis and his car get into a number of escapades. The final straw comes when Dennis drives it into a lake after missing a boat party and decides to sell it, becoming increasingly infuriated as potential buyers point out that it’s stuck underwater. 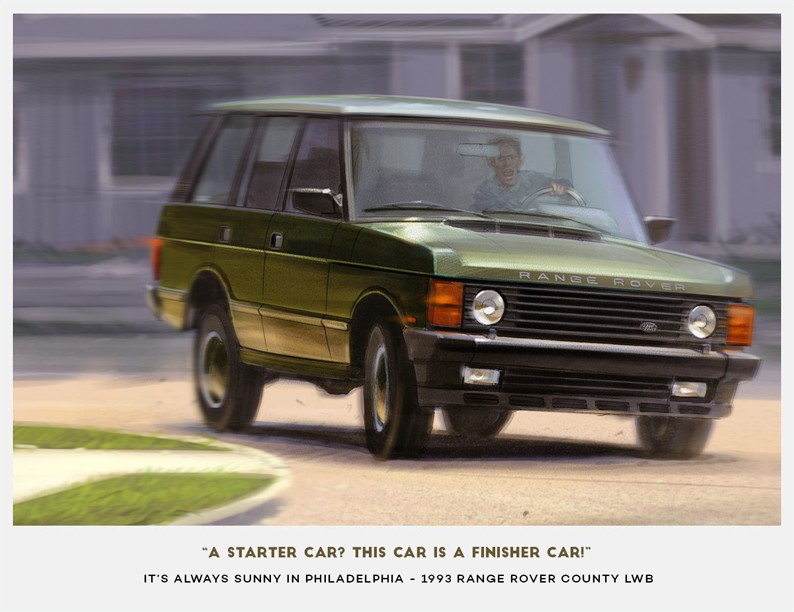 One of the most recognizable cars in the series, this metallic green 1976 Ford Pinto Runabout is exactly what you might expect an overworked single mom like Joyce Byers to drive. And with the exploding gas tank scandal that hit the news in the early 80s, it’s likely that this subcompact was a pretty economical choice for the struggling retail clerk. 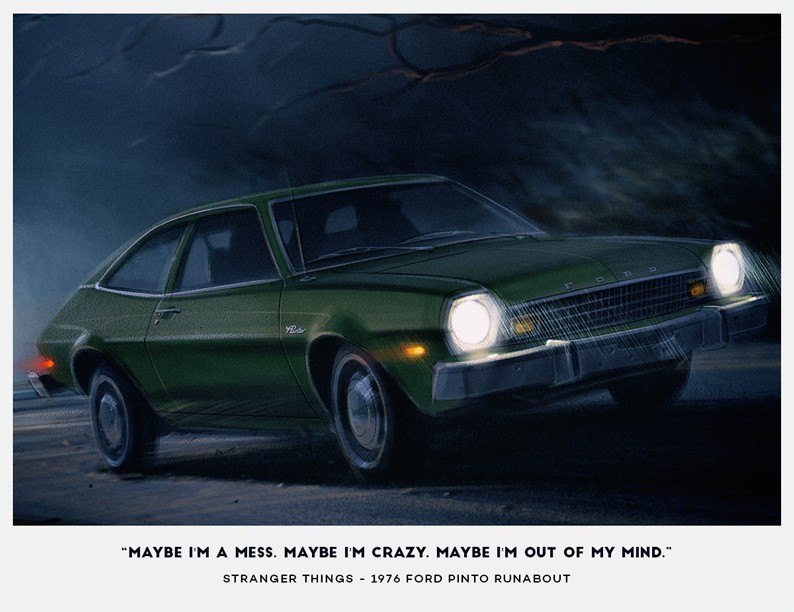 Few cars exude such elegance as the Rolls-Royce Phantom III. Some might even say that it’s fit for a Queen! Whether it’s chauffeuring Elizabeth to a meeting with the Prime Minister or a Royal event, this 1937 classic is full of character. Too much, some might say. 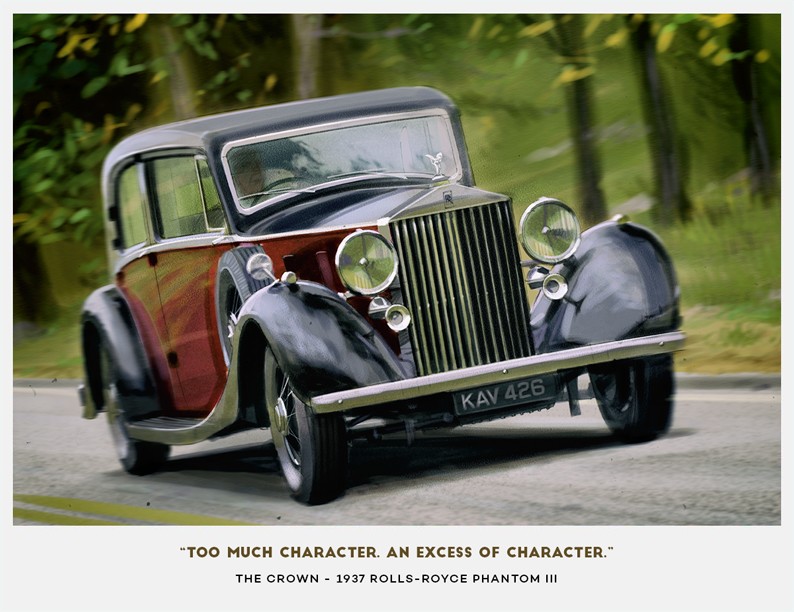 A clunker if there ever was one, this aptly named 1975 Chrysler New Yorker has certainly seen better days. With the chipped paint, frequent breakdowns and missing passenger door, Ricky has a love/hate relationship with his hand-me-down car. The transmission is also a bit… different, so anyone who drives it needs to have a little luck and a lot of patience. 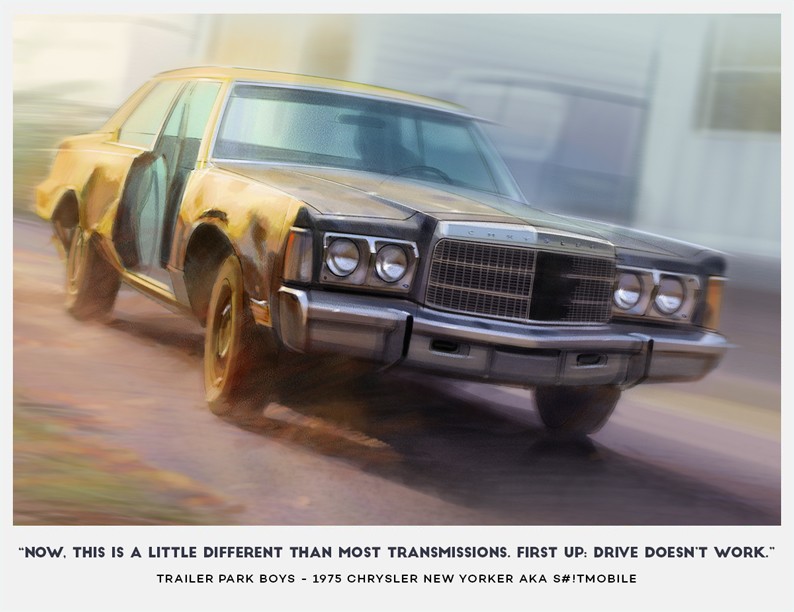 How many of these cars did you recognise? Whether it’s the beaten-up meth lab in Breaking Bad or Dukes of Hazzard’s classic Dodge Charger, it’s fair to say that some of these cult TV shows just wouldn’t be the same without their four-wheeled sidekicks.

To share this image on your site, copy the code below

Torchinsky, J. (2016) The Cars Of Stranger Things Are As Perfect As The Show, Except For One Mistake. jalopnik.com

Wollaston, S. and Bakare, L. (2018) The car’s the star: how much can you tell about a TV show from its motor? theguardian.com
Turpen, A. (2013) The Cars of Trailer Park Boys. carnewscafe.com

Japan travel guide: 19 things you should know before travelling to Japan