Disclaimer: This survey was conducted by Google Surveys on behalf of Budget Direct in [April 2021]. All figures are from this research unless stated otherwise. The survey was conducted online with a total sample size of [1010] weighted and representative of all Australian adults (aged 18+).

In the lead up to this year’s National Road Safety Week — the annual initiative from SARAH Group (Safer Australian Roads and Highways) whose aim is to educate and spread awareness around road trauma and road safety — Budget Direct conducted a survey on distracted driving. 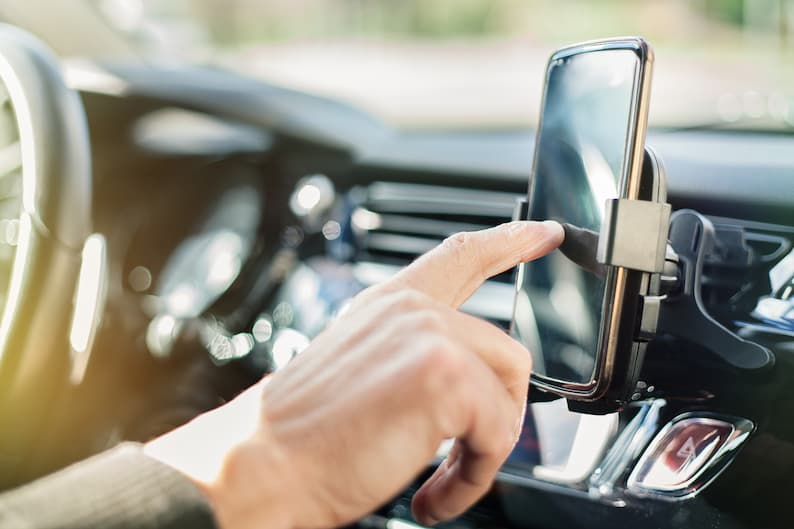 From the 1,010 Australian adults surveys earlier this year, Budget Direct found that 16.4% of drivers still felt confident enough to use their mobile phone while driving — a fact that may not be that surprising given that more than two-thirds of Aussies have admitted to not knowing the repercussions if they’re caught.

Budget Direct also asked how participants used their phones over the last week while driving. The majority (21.2%) said it was for GPS purposes, while other participants sent a text message (9.5%) and checked social media (5.4%). Alarmingly, 8.6% admitted to either taking a photo or watch a video/movie while driving.

Driving in a distracted manner isn’t just reserved for mobile phone use either. More than twenty-eight percent (28.9%) of those surveyed last week answered that they eat or drink behind the wheel and 6% of Aussies — while not illegal — smoked or vaped.

Heavier penalty for Queensland motorists who use their phone while driving

Many Australians believe that tougher measures are the most effective way to stop people from using their mobile phones while driving, and last year the Queensland state government placed heavier penalties for motorists who did exactly that. In addition to this, as of late 2020, they are also trialling out mobile detection cameras.

However, despite the consequences and additional monitoring, 35% of Budget Direct’s respondents – up from 25% last year – still don’t believe that this will be effective in reducing the number of drivers using their mobile behind the wheel.

As of April 2021, the penalty (in each state) for illegally using a mobile phone while driving is:

Latest figures as of April 2021

How to stop being distracted by your phone while driving

If you’re looking for a way to stop being distracted by your phone, you can set it to Do Not Disturb before you take off (we’ve even created an interactive guide to help you set it up on your phone).

Otherwise, you can take NRSW’s pledge to drive so that others survive. This pledge encourages drivers to remove all distractions, never use their mobile phones while driving and protect all vulnerable road users while driving.