Did you know that October 2 was National Name Your Car Day? No? That’s okay, nobody else really knew about it either. It’s one of those ‘unofficial calendar days’ like Virus Appreciation Day (3 October), Blame Someone Else Day (13 August) and Lost Sock Memorial Day (9 May)1

But the fact remains that there are a surprising number of people out there who give names to their vehicles – some flattering and noble, some insulting or incomprehensible. Maybe it has something to do with feeling a closer bond with your ride. After all, cars are an increasingly important part of our daily lives. There’s certainly no law against naming your car, and if it makes you feel better to drive “The Bullet Phantom” or “Mindy’s McSweetmobile” rather than plain old “Honda Civic” or “Toyota Camry” then that’s your business.

Don’t get your ideas from car manufacturers 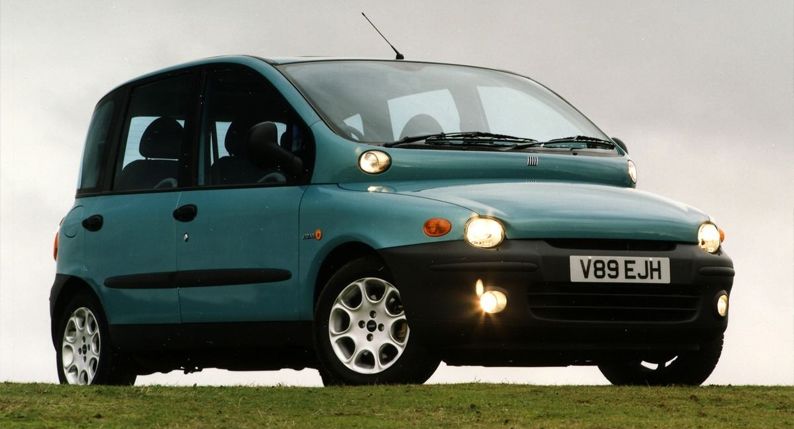 Some cars have exceptionally cool names: Corvette, Mustang, Viper, Silver Cloud, Cobra, Fury or Thunderbird. But there are also times when car makers really drop the ball when it comes to naming their new cars. So the first rule in naming your car is to come up with something a little better than the following abominations(and yes, these are all real car names): 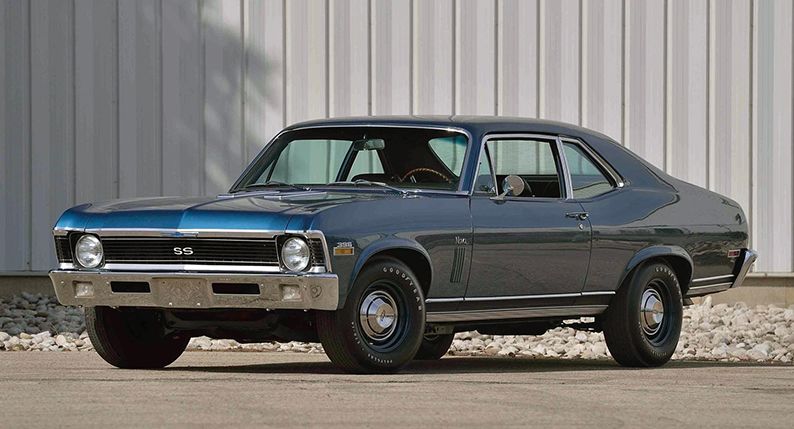 What’s wrong with the name Nova, you ask? Nothing really, unless you speak Spanish. If you translate “no va” into Spanish, it means “it does not go”. Perhaps this is not the ideal name for a vehicle. 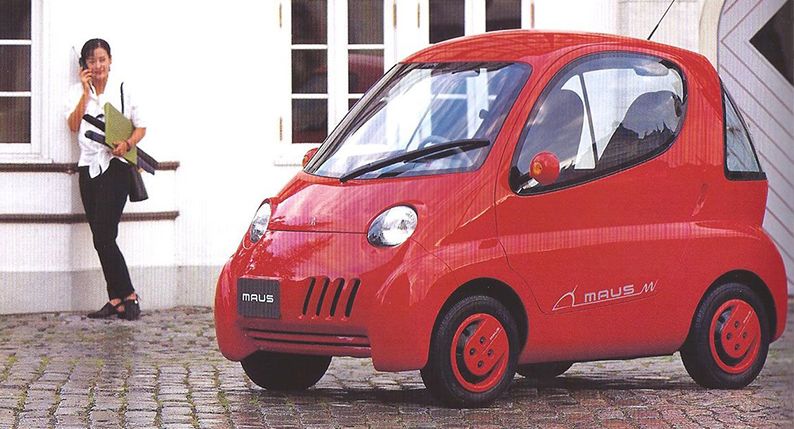 Cars should probably not be given names that are better suited to the kind of casual footwear you might wear on holiday at a Sardinian beach resort or a Moroccan street bazaar. Besides, who can remember all those words? 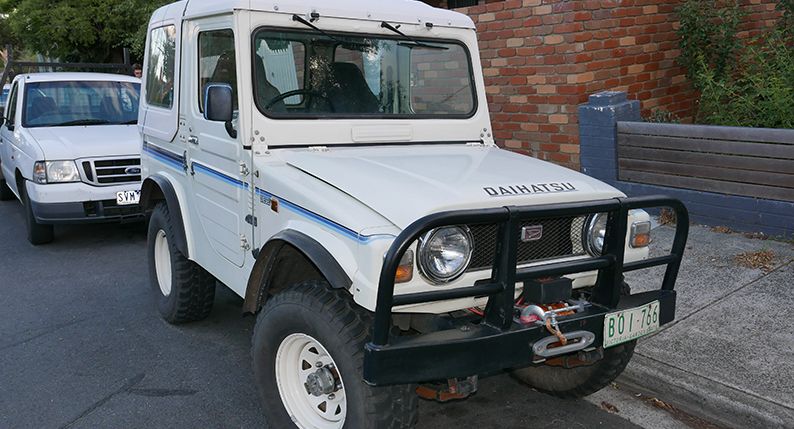 Now, if you look up ‘scat’ in the dictionary, it either means ‘to go away quickly’ (which is fine for a car), ‘to sing improvised jazz’ (nothing wrong with that), or ‘animal droppings’. Oops, that last one is something of a problem. Not to be outdone, of course, Mazda has gone one better: it has a dump truck named The Titan Dump. 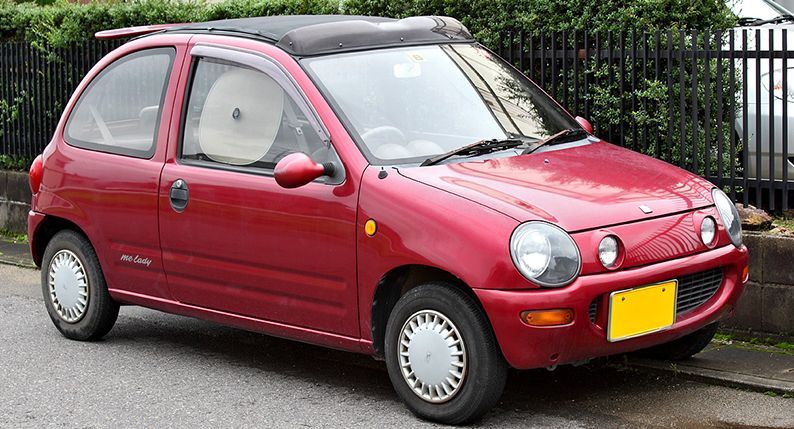 This special edition Mazda hatchback sounds like a Broadway musical or something a British Christmas choir might say when knocking on the doors of suburban homes and offering to sing.

When Honda decided to bring out a turbocharged version of its Honda Life (a pretty average car name by itself), they could have called it the Honda Life Turbo XG 4000, or something similar. Instead they chose to call it the Dunk. Which raises the question: huh? 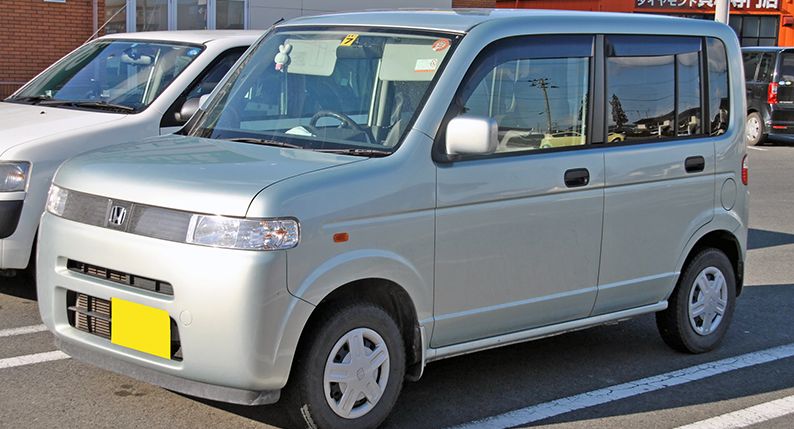 Yes, the name of this vehicle is actually ‘That’s’. There is really not a lot you can say about this one, is there? 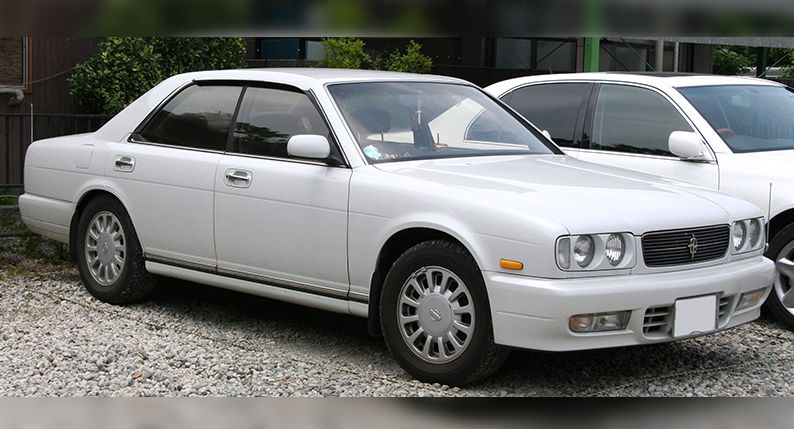 This isn’t the worst name ever created, but it sounds like the car manufacturers just kind of gave up here. It’s like Howard, Norman, Cynthia and Cedric were having a meeting at the head office and the most senior executive finally said “Okay, people, it’s getting late – let’s just name it after me and go home”.

Those are just a few examples of less-than-ideal car names, to give you an idea of how NOT to name your car. It isn’t hard to do better. But where should you begin?

Top 7 tips for giving your car a name 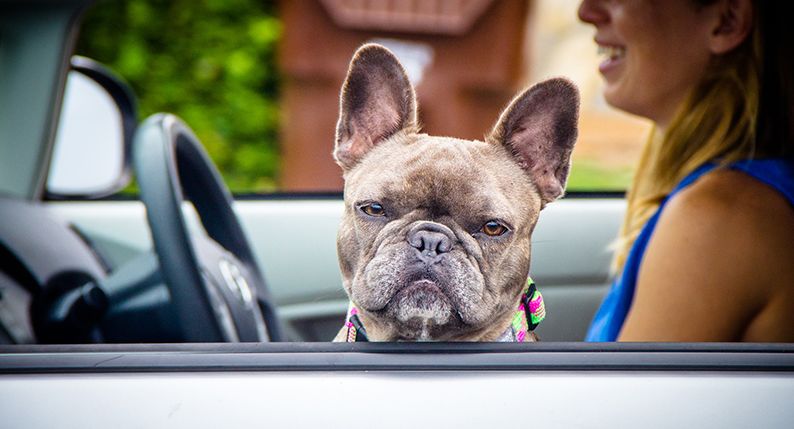 Studies show that around 6 million British motorists (around 1 in every 5) give their cars affectionate names.

Studies show that around 6 million British motorists (around 1 in every 5) give their cars affectionate names 2, usually as soon as they buy them. Though statistics for Australia are harder to come by, one can assume that a lot more Aussies have pet names for their vehicles than are willing to admit it.

However, you shouldn’t be in a rush to come up with a name. Like a fine wine, these things take time. Wait a little while and before you know it, an appropriate name will magically come to you: 90-Max (can’t go over 90kms per hour), Leftie (always pulls to the left), The Leaker, Rust Magnet, Guzzler or Too Much (a car you paid too much for). Sometimes it takes a few months to work out the essence of a vehicle’s ‘personality’.

Does your car seem feminine or manly? Does it exude grace and bubbly warmth, or feel like it belongs in a Mad Max movie? Certain cars seem to embody the characteristics of a particular gender, while others have a made-for-anybody vibe.

Everything from a car’s shape and size to its robustness and the amount of noise it generates can make it seem like it deserves a gender-specific label. Of course, gender-neutral works too.

3. Cheat and use the Internet

When in doubt, just Google it. Start by typing in ‘how to name things’. There are all sorts of websites to help you come up with a great name for your car. These include baby name lists, pun generators and much more. Or just decide on your theme and stick with it. In the days before the Web, television producers took the easy path in dreaming up fictional names for detectives – they just threw in a weapon connotation.

There are all sorts of websites to help you come up with a great name for your car. These include baby name lists, pun generators and much more.

Now that we have search engines, of course, creating names for things (cars, pretend detectives, computers or even our mobile phones) is much simpler. A little extra research can go a long way in giving you the inspiration for that perfect name.

4. Lead it with a prefix

One way to give a car more personality is to start its name with Mr., Mrs., Miss or any number of other humanising titles. If your car exudes a sense of royal dignity, try Baroness Von Nissan, Prince Pajero or The Duchess of Saab.

If it’s failing to live up to your expectations, there are other ideas: Sir Stall-a-lot, Mrs. Doubtful, Jeep and Jeerful, etc.

By naming your car, you can express your personality, your viewpoints and your relationship with your car.

5. Combine the colour with the shape/size/overall impression

Colour says a lot about a car. Red suggests action, black implies mystery and white oozes practicality. Size creates its own impressions too: a Cadillac and an MG convertible are worlds apart in expressing the personalities of their owners.

Then there’s the shape – does your vehicle look like a box, a bug, a predatory animal or a bubble? Is it rounded, squarish or a low-slung rectangle? Does it remind you of anything other than a car?

Cars move, and a car’s name should make this abundantly clear. While it’s acceptable to call a car Dusty if it never leaves your garage, car names should convey a sense of powerful movement. Think action movie, not romantic comedy. ‘Betsy’ just doesn’t cut it anymore.

7. Give up and try a bumper sticker or personalised plate instead

Let’s face it – giving an inanimate object an affectionate, kooky or deep and meaningful name isn’t for everybody. But you can express your personality, your viewpoints and your relationship with your car in other ways. Personalised license plates are increasingly common, so check out the limitations, specifications and costs in your particular state and come up with something that works for you.

Many of the best ones have already been conjured up (Van Diesel is pretty clever, and what about the guy who owned an Impala with ‘Vlad The’ on his license plate?). Vanity plates are an excellent way to demonstrate how clever you are – or not.

Bumper stickers are another option: ‘We Eat Stick Families’, ‘Driver Carries No Cash – He’s Married’, ‘Adventure Before Dementia’ and ‘I Apologise for Driving So Close In Front Of You’ are some classic examples.

Of course, there’s another fairly obvious choice here. You could just own your car without a pet name, a vanity plate or a bumper sticker – like a normal person.

Tips for naming your pets

The benefits of living in a land lease community