How much does it cost to run an electric car? 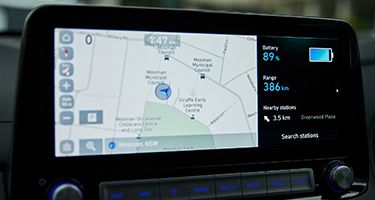 Do the numbers add up to justify buying an electric vehicle (EV) in Australia?

It’s commonly known that buying an electric car can be expensive, but their super-low running costs can make them attractive propositions for long-term running.

To help you decide if an EV is right for you, we’ll break down the costs of buying an electric car, compared to a similar vehicle that runs on petrol power.

In our examples, we’ll use the Hyundai Kona, which is available with electric power or with a petrol engine. The 2021 Kona Electric Elite costs $62,000, while the 2021 Kona N-Line costs $36,300. We’ve chosen these two specifications of Kona because their amount of power and equipment is very well matched.

How much does it cost to buy an electric car?

Buying an electric car is the most expensive part of the process. That said, electric car prices are falling consistently, with American EV-maker Tesla leading the way. For example, it’s no more expensive to purchase a Model 3 luxury sedan than a BMW 3 Series or Audi A4.

It makes total sense to consider a Tesla if you have at least $70,000 to spend. In the luxury segment, EVs are relatively close in price to their combustion-engined rivals.

But that isn’t yet the case for mainstream cars with petrol and diesel engines, which continue to be cheaper to buy than their electric counterparts.

That’s why we’re using the Kona as our example, because you can buy the exact same car with a petrol engine or with a fully electric powertrain.

In the case of the Hyundai, the electric version is about $25,000 dearer than the petrol car. For your $62,000, though, you receive an electric car with a 64kWh battery. The Kona Electric is capable of at least 450km in the real world.

Both Konas receive things like leather-accented upholstery, alloy wheels and a premium stereo, but the Kona Electric is much more refined in the real world thanks to the absence of engine noise. Although they have the same amount of power, the Kona Electric has much more torque – and so it feels faster.

So there are some tangible benefits to electric cars – swift performance and impressive refinement – that can go some way to justifying their expensive price.

Is it cheaper to run an electric car than a petrol car? Where electric cars start to crawl back some of their higher purchase price is through their inexpensive running costs.

Insurance and rego costs are generally about the same for EVs, though some Australian states and territories are starting to introduce cheaper or free registration for electric cars.

The bigger savings come from the fact that the cost of an electric charge is almost always cheaper than refuelling a similar car with petrol.

The Kona Electric’s 64kWh battery can be fully recharged for about $12.80 if you pay $0.20 per kWh of electricity overnight. That much charge will deliver about 450km range in the real world.

Calculate the figures and it means that for every 100km of running, the Kona Electric costs $2.84 in electricity, whereas the Kona N-Line costs $10.40 in fuel.

If you drive 15,000 kilometres per year, which is normal for an Australian driver, the Kona N-Line will cost $1,560 in petrol, while the Kona Electric will cost $426 in electricity, saving you about $1,100 per year in fuel costs.

So, is an electric car worth buying? 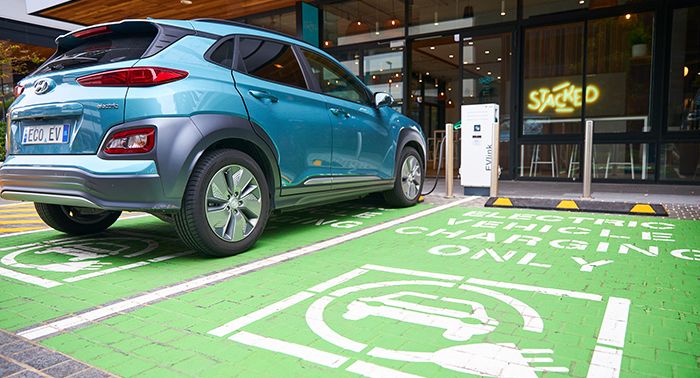 That totally depends on how much money you were hoping to spend on your next new car.

If you’re shopping in the entry-level luxury space and are planning to spend above $60,000 regardless, then an EV can already make total financial sense. Desirable, high-quality electric cars like the Tesla Model 3 or Hyundai Kona Electric start at around $63,000.

If you aren’t shopping for a luxury car, and you were hoping to spend less than $50,000, then splurging on an electric car doesn’t make as much sense just yet.

We know that electric cars are getting cheaper and cheaper, but for now, it’s possible to buy a well-equipped combustion engine car for much less than $50,000 – while an entry level EV costs at least this much.

While EVs cost about two-thirds less than their petrol equivalents to run, it all comes down to how much more expensive an EV is to buy compared to a petrol or diesel car you might have considered anyway.

In the case of Tesla and other luxury brands, prices have already equalised or gone even further – the Model 3 is cheaper to buy than some of its competitors.

But in the mainstream space, EVs still have some way to go before they will be within reach of the price of their petrol or diesel equivalents.

This article was brought to you by Chasing Cars.

How do you charge an electric car?