Annual car awards are a dime a dozen, but three of the most recognised and longest-running award-giving bodies in the automotive landscape are Motor Trend (USA), What Car? (UK), and Wheels (Australia). More than just about glitz and glamour, car awards are bestowed as a recognition of engineering excellence, performance, practicality, and the safety aspects of a particular vehicle.

Let’s take a closer look at each publication along with all the respective winners of its annual Car of the Year (COTY) awards.

Motor Trend Car of the Year

The first electric car to receive the Motor Trend COTY award was the Tesla Model S in 2013. This was followed by the Chevy Bolt EV in 2017. The first hybrid vehicle to win was the Toyota Prius in 2004. And while all the winners of Motor Trend’s COTY awards from 1949 to 2020 are conventional sedans or coupes, the Dodge Caravan earns the distinction of being the only minivan to win COTY in 1996.

What Car? Car of the Year

The Renault 20 TS was the first to win What Car’s? COTY in 1978. The Renault nameplate has won a total of three COTY awards so far, but Volkswagen is the most successful brand in the publication’s history, walking away with the COTY award six times as of 2020. Two more major German luxury carmakers, Audi and BMW, are tied with three wins each.

The first-ever electric car to win What Car? Car of the Year was the Kia e-Niro First Edition in 2019. On the other hand, the Ford Puma was the first mild-hybrid vehicle to win COTY in 2020. The first SUV to win the What Car? COTY award was the first-generation Land Rover Freelander 1.8i in 1998. 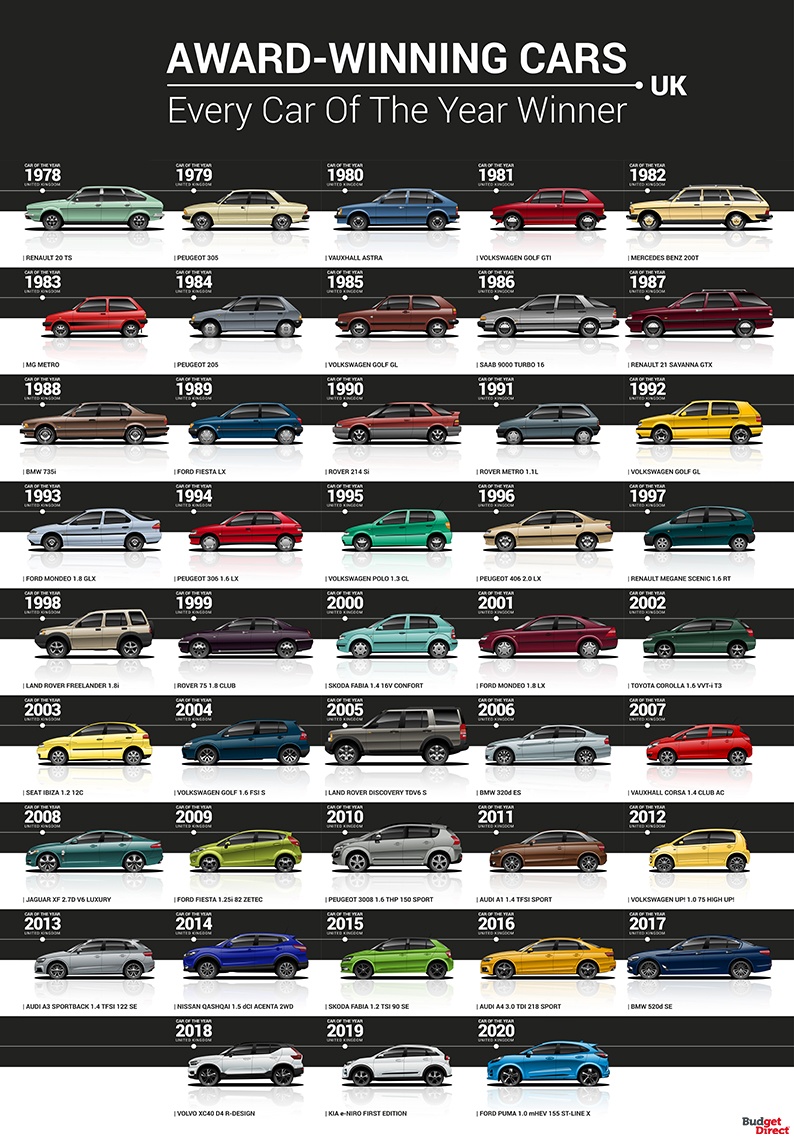 Wheels Car of the Year

Wheels magazine of Australia awarded its first Car of the Year award in 1963 to the Renault 8. Not surprisingly, Holden is the brand with the most COTY awards, taking the crown ten times. As far as models go, it’s a draw between the Volkswagen Golf and Mazda MX-5 for most wins, with three each.

The Honda Odyssey is the only minivan to be awarded by Wheels as COTY in 1995. Honda was also the first hybrid to be declared COTY by Wheels magazine with the CRZ in 2011. The first EV to win COTY was the BMW i3 in 2014, followed recently by the Mercedes EQC SUV in 2020. Wheels refused to crown a COTY winner in 1972, 1979, and 1986, deciding that no new cars were worthy of the coveted COTY award. 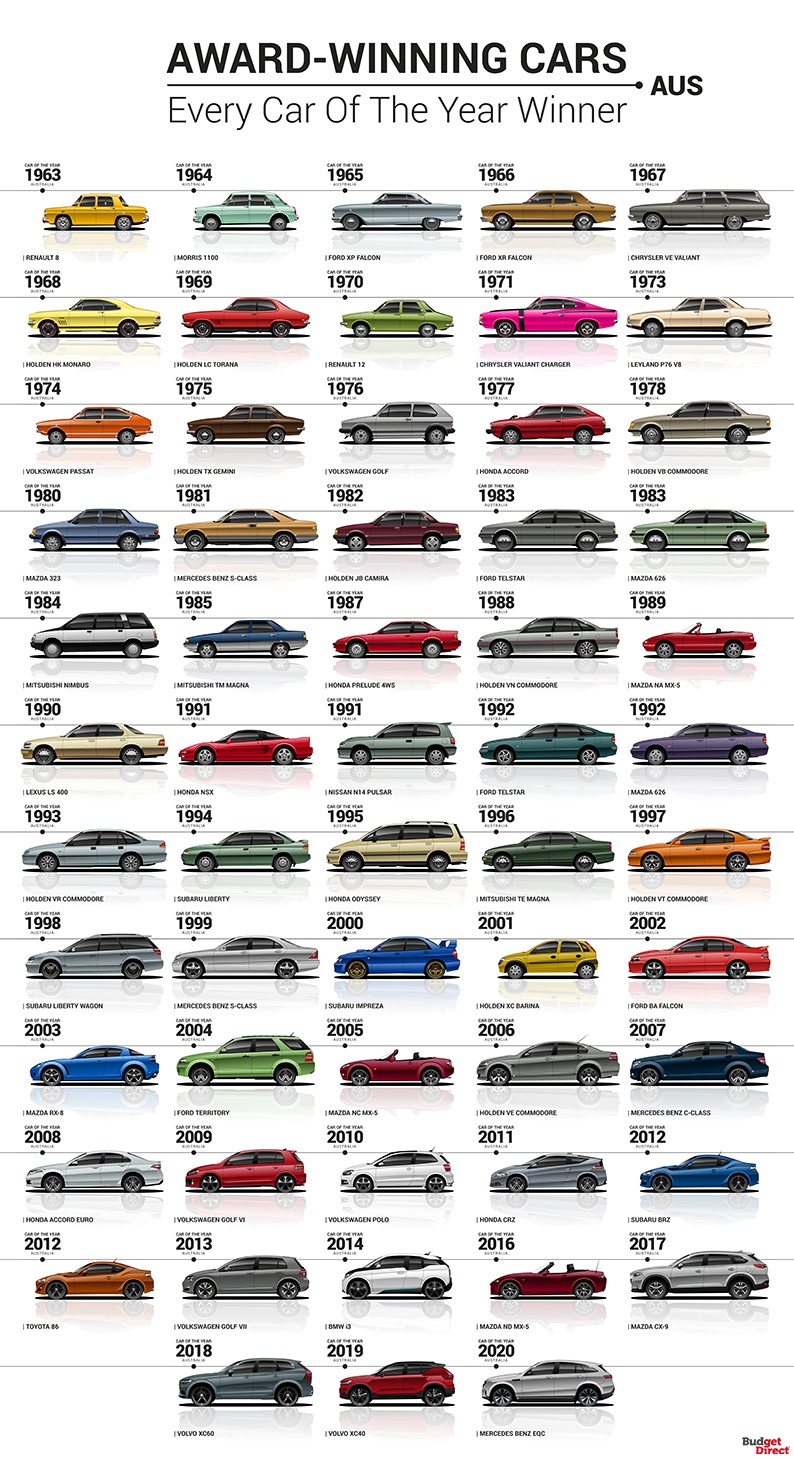 Any ‘car of the year’ award is subjective and often can be swayed by whoever is doing the judging. Yet, these 3 publications have made their reputations by being reliable when it comes to reviewing cars, so you can trust that if they’ve awarded it ‘car of the year’ it’s probably worth a test drive. But if you were in the reviewing seat what would be your car of the year?