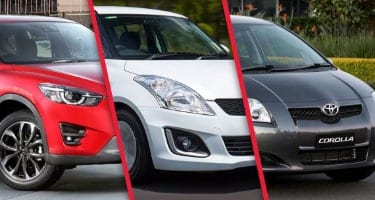 Once you’ve decided to start shopping around for a second-hand car, it’s time to get stuck into some serious research.

The first thing to work out is the type of vehicle that serves your needs best — a roomy family car, a durable SUV, or a compact car for optimal fuel economy.

Or, if you’re a teenager, maybe an affordable and reliable ‘starter car’ that ticks all the boxes for safety but still falls within your ‘almost broke student’ budget.

Check out our round-up of some of the best second-hand cars in Australia, keeping in mind that the term ‘best’ can mean different things to different car buyers.

We then used this data to select five car models that fitted into each segment: 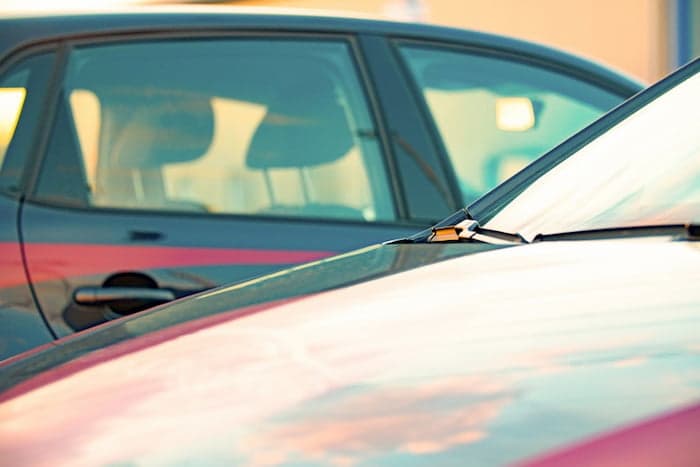 A shiny, brand-new vehicle can be a beautiful thing, but there are those who might consider it an unnecessary expense.

Sure, a new car smells nice. It hasn’t been ‘sullied’ by a previous owner.

It’s less likely to break down than a used car.

And some of today’s new models feature some very impressive safety technology and advancements in fuel efficiency that leave last century’s cars in the dust.

But there are some pretty huge advantages to buying a used car, too.

The steepest drop in depreciation will have already occurred.

Even when you buy a model that’s just a few years old, you’ll still save a lot of money on the sale price compared to the latest model.

The insurance will tend to be less expensive too, since the car’s monetary value is lower.

And hunting down just the model you want at the price you’re prepared to pay is easier than ever —everything’s online these days and there are a ton of choices out there.

Older cars are normally less fuel-efficient and emission-friendly and may lack a lot of the safety features and tech gadgets that new car owners now take for granted.

These include things like side airbags, navigation systems, immobilisers, rear cameras, Bluetooth and other 21st century goodies.

Still, there can be a lot to smile about when you buy a quality used car — not least of which is the fact that you can avoid all those new-car dealer fees.

And nobody is going to try to talk you into paying an extra $600 for optional rust-proofing or offer you some overpriced add-on floor mats.

As for that ‘new car smell’ that everyone raves about, your health is better off without it, since it consists (at least partially) of some rather dubious airborne chemicals.

For some added peace of mind, you can even run a check of whether a second-hand car has ever been written off, stolen, or still has money owing on it. Budget Direct’s PPSR report tool is free to use, and returns you a complete summary of a car’s history.

While the term ‘best’ can mean different things to different car buyers, here’s a selection of some of the more popular choices for people in Australia looking to purchase a reliable second-hand vehicle.

There are hundreds of others to choose from, of course, but these are some of the tried and tested models that have proven their worth over time and consistently rate well in Canstar’s customer satisfaction surveys. 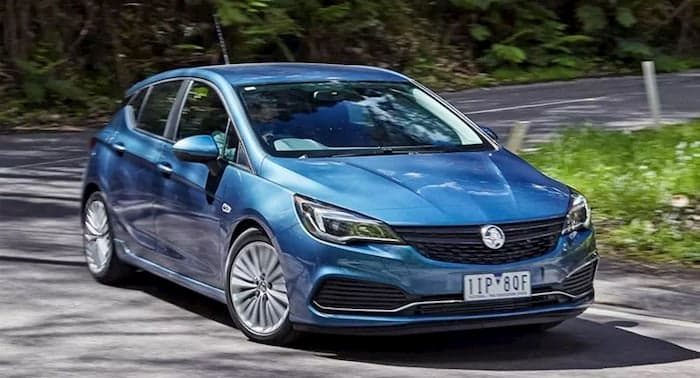 Anyone who has had the pleasure of driving a Holden Astra won’t be too surprised to see it top our list.

Combining a trendy look with manageable performance, the Holden Astra is excellent value for money.

For a small car, the Astra still packs a decent punch, with the engine revving willingly.

Combine this with a stylish interior, a larger-than-average back seat for a three-door car, decent fuel economy, and a poised, well-balanced feel when turning and you have a recipe for success.

Interested to know more about this car? See Chasing Cars’ latest reviews on the Holden Astra. 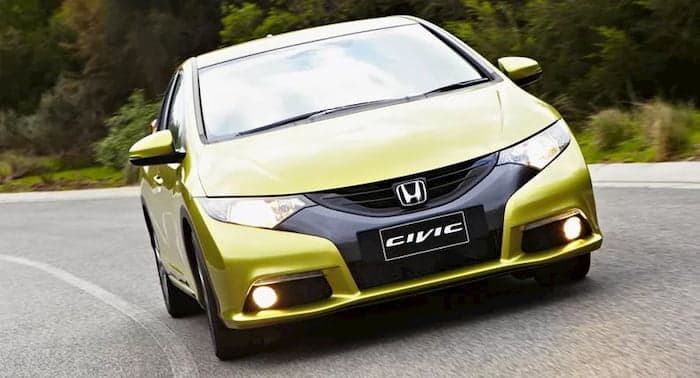 With its trend-setting exterior design, reliable engine, and low ownership costs, the Honda Civic has carved out a solid spot in the Australian compact car market.

It has a perky driving feel and a well-put-together interior.

Its quick and precise steering makes it a pleasure to drive, and when pushed hard it feels like a more expensive, more sophisticated car compared to some of its competitors.

The Civic is available as a petrol or hybrid.

Interested to know more about this car? See Chasing Cars’ latest reviews on the Honda Civic

See our picks for the best second-hand small cars in Australia. 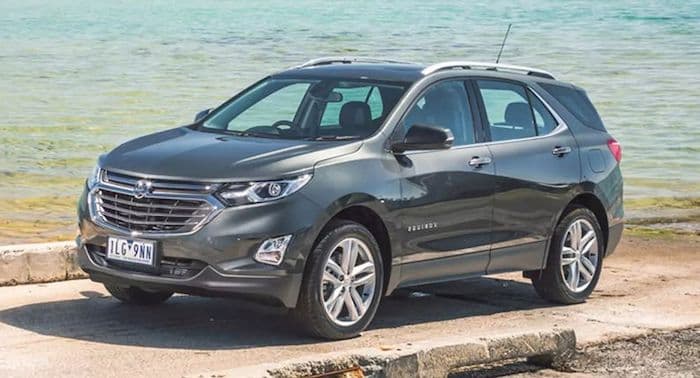 While the Holden Equinox was a comparatively late entrant into the medium-sized SUV market, it has quickly established itself as one of the very best.

Boasting a massive goodie bag of features, including a seven-inch touchscreen, active noise cancellation, 17-inch alloy wheels, a reversing camera, and automatic headlights, the Equinox is certainly top of its class when it comes to kit.

In terms of performance, the Equinox fares equally well, offering a comfortable ride and an engine that delivers a stunning 188kW of power — far more than any of its competitors.

Of course, this added power doesn’t compromise the safety or practicality you would expect from a top-of-the-line medium-sized SUV.

Interested to know more about this car? See Chasing Cars’ latest reviews on the Holden Equinox. 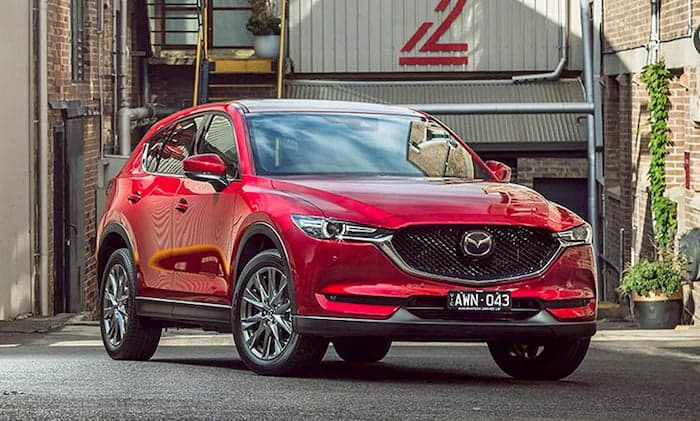 When it comes to medium-sized SUVs, the CX-5 is right up there with the very best.

It features an excellent climate-control system and was the first vehicle in its class to include lane-departure warning and high beam control.

If you like plenty of space, the CX-5 answers the call, with fold-down seats, a large boot opening, and a low liftgate.

Interested to know more about this car? See Chasing Cars’ latest reviews on the Mazda CX-5.

See our picks for the best second-hand medium SUV’s in Australia.

In the market for a family SUV? Does it have ISOFIX anchor points? Find out which cars have ISOFIX in Australia. 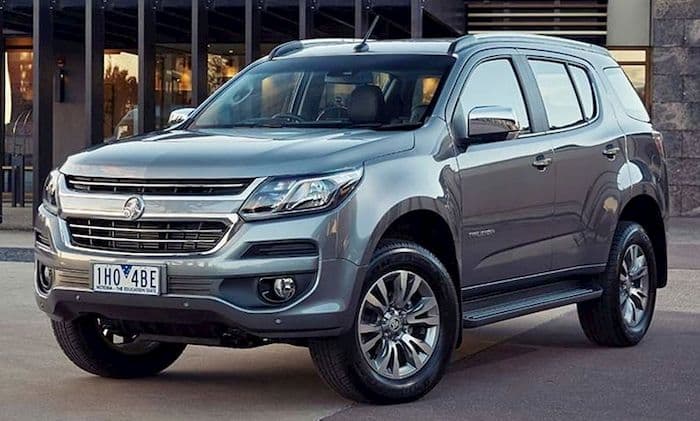 The Holden Trailblazer is aptly named, blazing its own trail as one of the best large SUVs in Australia.

The Trailblazer stands out in several areas, notably its spacious, seven-seat interior.

Also, of interest is the new and improved dashboard design, proudly sporting a seven-inch touchscreen with Bluetooth connectivity.

Other handy features include automatic headlights and rain-sensing wipers, as well as lane-departure and blind spot warnings.

This power is matched by the comfort of a cosy, well-designed interior. 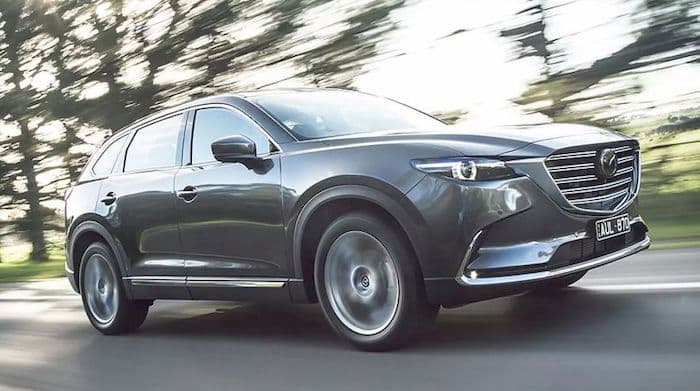 The Mazda CX-9 is a large and luxurious SUV.

Upon entering the CX-9, you could be forgiven for mistaking it for a smaller, flashier model.

Mazda obviously don’t believe in trading size for comfort, with the CX-9 featuring an elegant leather steering wheel, paired with black-cloth seat covers, which round out an exceptionally well-designed interior.

The CX-9 also knocks it out of the park when it comes to safety.

Interested to know more about this car? See Chasing Cars’ latest reviews on the Mazda CX-9. 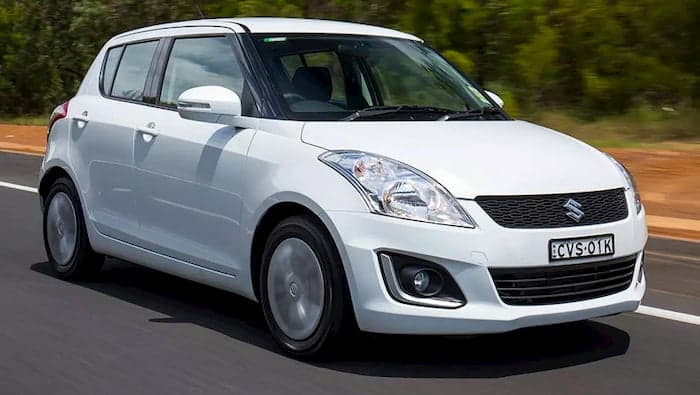 The Suzuki Swift has been a popular used car in this country since the 1980s, thanks largely to its impressive fuel economy, quality steering and suspension, low price and good throttle response.

It's also known for its toughness and reliability.

Obviously, if you’re tall, this car isn’t going to be your first choice.

But for regular-sized people it has more than enough room inside and highly adjustable seats.

As a Swift owner, your car insurance costs should be at the lower end of the scale — good news for teens.

Interested to know more about this car? See Chasing Cars’ latest reviews on the Suzuki Swift. 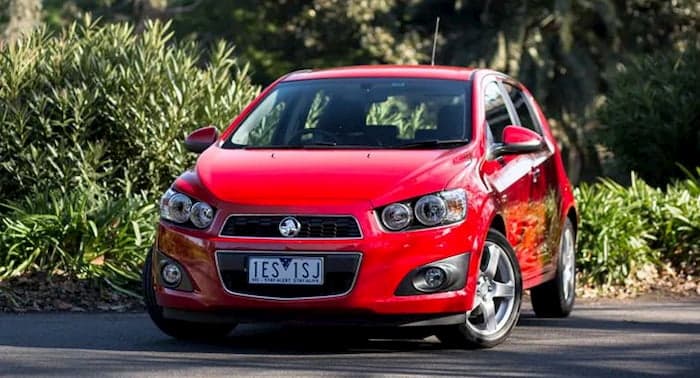 A staple of the Australian car market for over 30 years, the Holden Barina is an extremely practical car blending excellent value and fun.

It's a reliable, sturdy car that's unlikely to let you down.

See our picks for the best first cars in Australia. 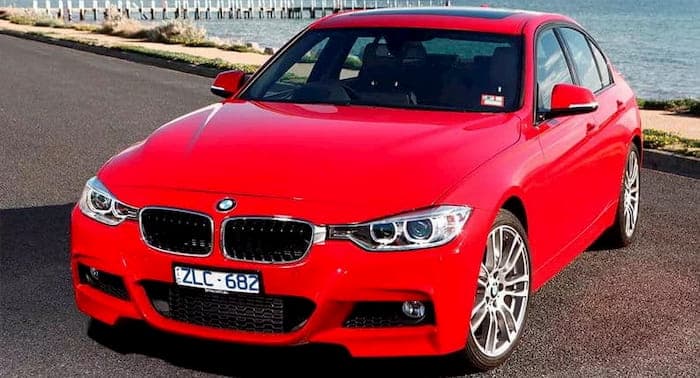 The BMW 3 Series always seems to be one step ahead of the competition, so it comes as little surprise that it tops our list of the best used family sedans in Australia.

Its infotainment system is top class, thanks to its precise presentation, speed, and overall user-friendliness.

The BMW 3 Series’ engine has everything you could want and then a little more.

Impressing at both high and low speeds, the 3 Series is extremely quick to respond.

Its design is also top-class, pairing a sleek — though not showy — interior with ample storage room and comfortable leather seats.

Interested to know more about this car? See Chasing Cars’ latest reviews on the BMW 3-Series. 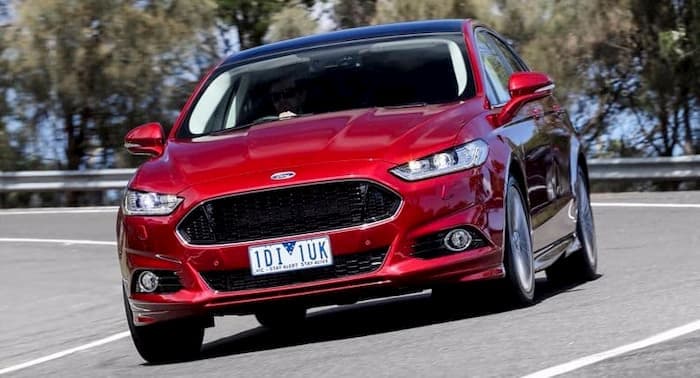 The Ford Mondeo doesn’t necessarily go out of its way to impress. Then again, it doesn’t need to — its smooth, reliable performance does the talking.

Whereas other cars will attempt to impress with flashy designs or high-tech gadgets, the Mondeo prefers a more understated approach.

Yet it still ticks all the boxes and does the basics superbly well.

From a comfortable interior to decent storage space and a modern, intuitive multimedia touchscreen, the Ford Mondeo has everything you could want for a pleasant ride.

Pair this with an engine that offers solid punch, and you have the recipe for an excellent family sedan.

Interested to know more about this car? See Chasing Cars’ latest reviews on the Ford Mondeo.

See our picks for the best used midsize sedans in Australia. 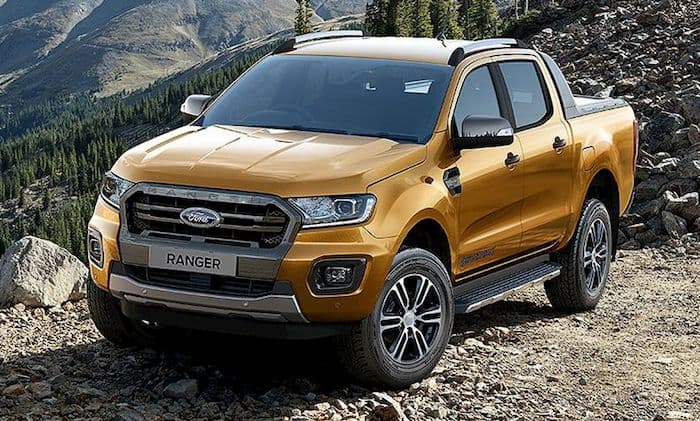 When it comes to dual-cab utes, the Ford Ranger is in a class of its own, which is saying a lot, given the stiff competition it faces.

Combining good looks, a great driving experience, and an impressive set of features, it’s easy to see why we chose the Ford Ranger as the best used dual-cab ute in Australia.

Some of the Ranger’s flashier features include adaptive cruise control, lane-departure warning, and lane-keep assist.

Add to this an insanely smooth driving experience no matter the terrain, plus a well-designed cabin featuring a state-of-the-art infotainment system, and it’s no surprise that the Ford Ranger is one of Australia’s best and most popular dual-cab utes.

Interested to know more about this car? See Chasing Cars’ latest reviews on the Ford Ranger. 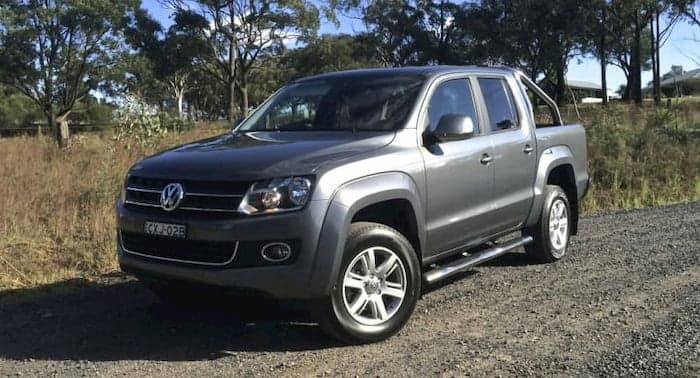 If you like your dual-cab utes to be roomy, no nonsense, and powerful, then look no further than the Volkswagen Amarok.

First things first: The Amarok offers the biggest tray among its close competitors, which is a huge plus for anyone who regularly hauls large amounts of cargo.

Better yet, even with the larger tray, the interior is still super spacious, affording passengers plenty of head and leg room.

On the road, the Amarok delivers an extremely comfortable ride, while still packing a good amount of power under the hood.

The Amarok also comes with permanent all-wheel drive and an automatic gearbox with eight ratios, which is again the most among its close competitors.

Clearly, the Amarok leaves no stone unturned in its pursuit of excellence.

Interested to know more about this car? See Chasing Cars’ latest reviews on the Volkswagen Amarok.

See our picks for the best dual-cab utes for families.