Forget hybrids and electric cars — turns out we’re heading back to the future. In the US, Europe and Japan, car manufacturers Toyota, Honda and Hyundai are rolling out new mass-produced hydrogen fuel-cell vehicles (FCV) to stoke a growing demand for what’s tipped by car industry watchers to be the next big thing.

While there’s no plan for these cars to go on sale in Australia just yet, the future is closer than you might think. At the World Hydrogen Technologies Convention in Sydney in October 2015, Toyota wowed journalists and government officials with a demonstration of the Mirai, a hydrogen fuel-cell vehicle boasting an emissions-free range of 550km by transforming hydrogen and oxygen into electricity and water.

In early 2015, Hyundai Motors went as far as installing Australia’s first hydrogen pump for cars, to go along with its own hydrogen vehicle: the ix35 Fuel Cell, a family SUV that boasts 100kW of power output, a 0-100kph time of 12.5 seconds and an operating range of up to 594km between refuels. 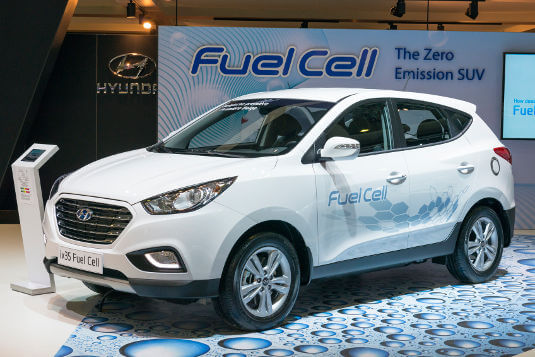 All this talk about hydrogen cars has set tongues wagging — and even sparked some backlash from critics. Tesla Motor’s CEO Elon Musk famously derided hydrogen fuel cells as “extremely silly”, and referred to them as “fool cells,” along with some other colourful words.

Other carmakers have invested in battery power. Nissan CEO Carlos Ghosn points out: “Knowing all the problems we have with charging [electric vehicles], where is the hydrogen infrastructure?”

Want more of the same? Have a look at these

As the race heats up between rival car manufacturers, which tech will drive petrol cars off the road — hydrogen or electric?

The hydrogen-fueled vehicle has a long history. Let’s explore how this clean alternative could contribute to the goal of reducing pollution worldwide.

While the latest hydrogen cars seem like 21st-century inventions in line with hoverboards and cloud-based computing, scientists and car manufacturers have been tinkering with hydrogen technology for centuries.

Back in 1807, Swiss inventor Francois Isaac de Rivaz designed and prototyped the first four-wheel vehicle with an internal combustion engine that ran on hydrogen and oxygen (with the hydrogen stored inside a balloon).

In subsequent years, inventors found new ways to supply combustion engines with hydrogen — most notably in 1941, when there was a shortage of petrol during the siege of Leningrad. Russian soldier and mechanic Boris Shelishch successfully converted 200 GAZ-AA trucks to run on hydrogen gas; they reportedly ran smoother than before. 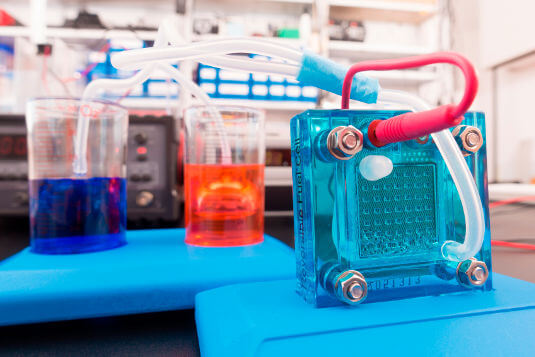 The 1970s oil crisis sparked significant research into hydrogen fuel cells; by the end of the decade, most car manufacturers had models of FCVs

The other way hydrogen can be used is to harness electricity directly from it. Welsh scientist Sir William Robert Grove was the first person to accomplish this in 1839. This fuel-cell technology was developed further by Francis Bacon, an inventor and engineering professor at Cambridge University. By 1959, he had demonstrated a fuel-cell system that was practical.

The 1970s oil crisis sparked significant research into hydrogen fuel cells, and by the end of the decade most car manufacturers had models of FCVs. In recent years, government legislation to reduce vehicle emissions and encourage clean technologies has pushed car manufacturers to spend millions in developing a range of cleaner fuel-cell technology.

Today’s FCVs now boast a fuel cell that’s the size of a typical V6 engine and acts as a mini power station. It creates a chemical reaction that turns compressed hydrogen (from a storage tank) and oxygen (from the air) into electricity, water and heat. The electricity is transferred directly to an electric motor via a power-control unit for maximum efficiency. And best of all, instead of any harmful exhaust fumes, the only byproduct that comes out of the exhaust pipe is water. FCVs & the future of pollution reduction

There’s a lot to love about fuel-cell technology. Just like petrol and diesel vehicles, it only takes a few minutes to fill a FCV’s tank. So with hydrogen cars, you get the benefits of battery-powered vehicles (like the Tesla Motor S and the Nissan Leaf) without the drawbacks of waiting hours for a full charge. But can FCVs solve our car pollution problems?

It’s certainly true that the only byproducts of FCVs are heat and water. There’s no need to worry about the smelly, exhaust fumes produced by petrol and diesel cars, which is great for reducing air pollution in cities. However, there’s more to being green than eliminating exhaust emissions. The processes used to produce hydrogen may still have an environmental impact.

More than 90 per cent of hydrogen today is produced using a steam-reformation process that involves steam and methane gas. The process still produces CO2 emissions (though approximately 60 per cent less than the process of creating petrol). 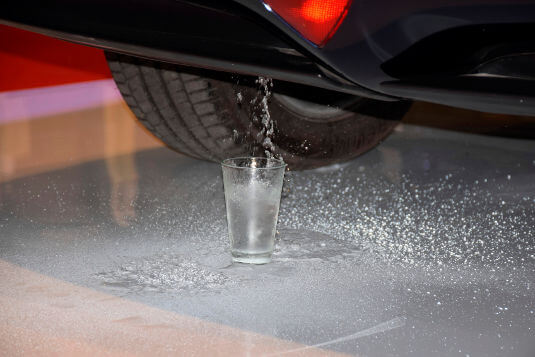 The good news is that governments and car manufacturers are exploring cleaner hydrogen-creation methods, including the use of renewable energy such as wind, solar and biomass material. If the electricity that produces hydrogen is generated from zero-emission sources, a hydrogen FCV can be a truly zero-emissions mode of transport.

The environmental and capital costs of building and supporting hydrogen fuelling infrastructure also need to be taken into account. At the time of writing, there was only one hydrogen fuel pump in Australia (at Hyundai’s Sydney office in Macquarie Park).

The best travel gadgets you should take on holiday