Nobody wants to find that their newly purchased vehicle sitting in the garage might have a checkered history. That’s where a Vehicle Identification Number, or VIN, comes in handy.

The VIN is a safeguard against cars being stolen, re-birthed and moved on locally and overseas. To protect yourself against buying the wrong motor vehicle, here’s a breakdown of what VINs are and why they’re important. 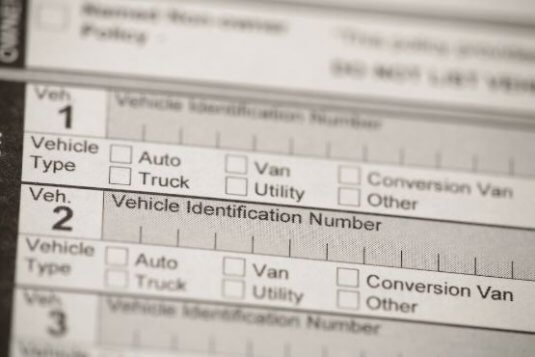 When inspecting a VIN, it’s important to know there are two international standards — the ISO and the U.S. Standard FMVSS 115.

The International Standards Organisation (ISO) works in all kinds of areas to maintain set standards across the world in areas such as risk management, energy and food safety.

The ISO also works to lessen crime through standardising things such as anti-bribery systems and lucrative theft and sale markets, such as vehicles. ISO supplies Car Radio Identification Numbers (or CRINs) to help stave off theft in this area, as well as advocating for standardisation in areas to do with vehicle safety, such as wet-grip measurement, rolling resistance and lateral stability for car and trailer combinations.

Its aim is to provide standards to minimise the incorrect interpretation and misuse of information.

The VIN in the United States is covered by a wider bill on safety that looks at areas such as driver safety, crash safety and road-worthiness. The National Highway Traffic Safety Administration set down the Federal Motor Safety Standard or FMSS for vehicles.

It covers all kinds of areas including what controls and displays should be contained in a safe vehicle through to what is permissible when retro-fitting airbags. The US Standard FMVSS 115 came into being in 1967 in the United States and makes a VIN mandatory. It also differs in format from the ISO. 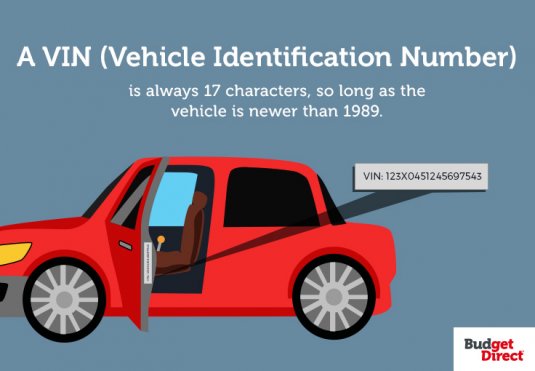 To ensure the validity and verifiability of a VIN, there are a few things you should know:

The information contained in the VIN helps register the vehicle appropriately and ensure its legitimacy and roadworthiness.

Some pre-1989 imports (particularly Japanese cars) do not have a VIN. In order for such a vehicle to be deemed roadworthy in Australia, a VIN must be obtained, as all VINs are registered by the National Exchange of Vehicle and Driver Information System (NEVDIS) and crossed registered by the Written Off Vehicle Register (WOVR), in the event of a write-off.

For any queries regarding pre-1989 motor vehicle imports, you can email NEVDIS directly via NEVDIS@nevdis.com.au.

Your VIN may be something you’ve seen many times before but not made the connection.

Finding the VIN is as simple as checking:

The VIN is a safeguard against cars being stolen, re-birthed and moved on locally and overseas.

The format is fairly standard:

Australia follows the ISO 3779 VIN standard, which is slightly more complex due to all the countries and manufacturers involved. This is why the government recommends checking your VIN with NEVDIS, to ensure it is both valid and verifiable.

You can also make use of VIN search tools such as Identicar and iRego VIN Decoder and Lookup. The National Vehicle Service Register also offers valuable resources, particularly if your VIN doesn’t match the logbook information. 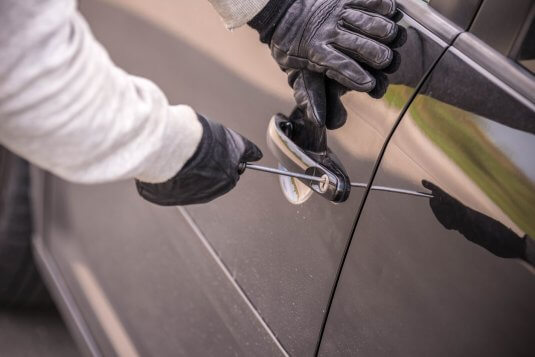 Many vehicles in the United States are now taking advantage of VIN etching. This is the etching of VIN details on other parts of the car such as the windscreen or window. This service is offered free by many police stations and acts as a deterrent to would-be thieves who can plainly see the car is recorded and registered.

Etching also prevents a thief from reselling a stolen car. It’s one piece of the puzzle that makes a car significantly less desirable to thieves.

While VIN etching may not be popular in Australia yet, hearing from police officers about the effectiveness of VINs in catching criminals and preventing crimes is surely going to boost its popularity with vehicle owners in the months and years to come. Make sure you have a Car insurance if the worst does happen.

For example, the rise of VINs overturned a major car graveyard that was being used in insurance scams and theft in Darwin in 2015.

“Vehicle identification numbers were recovered from 21 cars, eight of which had been stolen and several others had been involved in crashes or traffic offences,” explained Senior Sergeant Mark Stringer.

The VIN for the win

Your VIN is protection against being sold a written off, stolen or re-birthed car. So ensuring you have an understanding of it, as well as an accurate log of it, is paramount.

International travel visas – what you need to know