“For everything, there is a first time,” and when it comes to Star Trek Ships reimagined as cars, this is the first.

From the impressive range of Star Trek TV series and movies, we’ve selected the ships fans talk about most and asked ourselves: What if these ships had four wheels?

From the classic Enterprise to the beastly Borg Cube, we have gone where no man has gone before to bring you nine stunning pieces of fantasy engineering. Check out these graphics brought to you by Budget Direct Car Insurance. Defence meets aerodynamic design when it comes to the USS Defiant NX-74205 car. Inspired by the 24th-century starship, this car goes beyond transport, designed to accompany and protect. At the touch of a button, its cloaking device can be activated for complete invisibility and its ablative armour protects its main body when under fire. The D’Deridex Class Warbird offers all the power and performance you’d expect from our alien neighbours, the Romulans. Its prominent head houses the capability to fire both beams and pulses for attack and defence, and its interior and exterior boasts a striking hunter green to reflect its power and dominance. 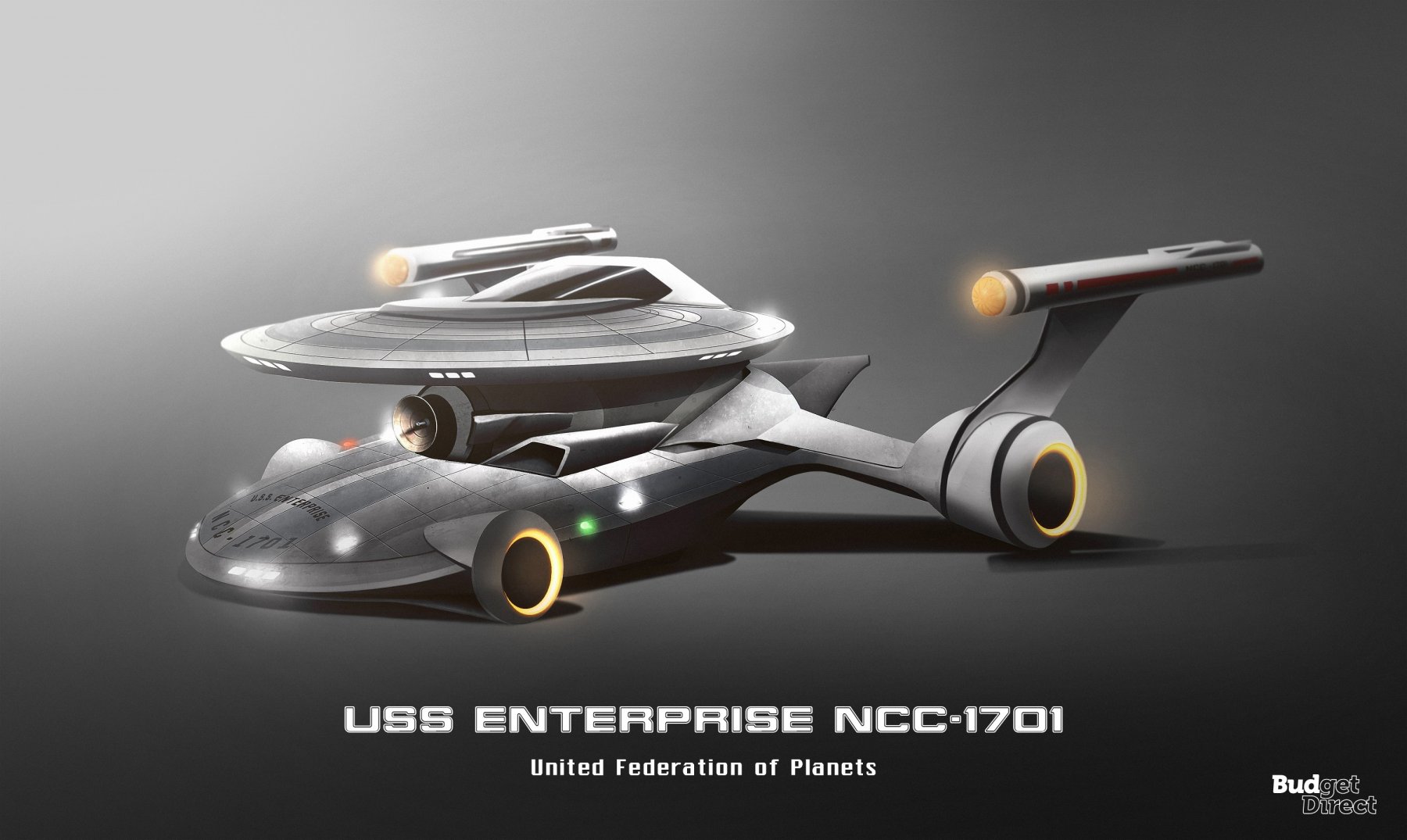 A celebration of eye-catching looks and innovative technology, the classic USS Enterprise NCC-1701 makes the perfect car for deep exploration. Its warp engines allow you to travel faster than light and is suited to both on-road and off-road. 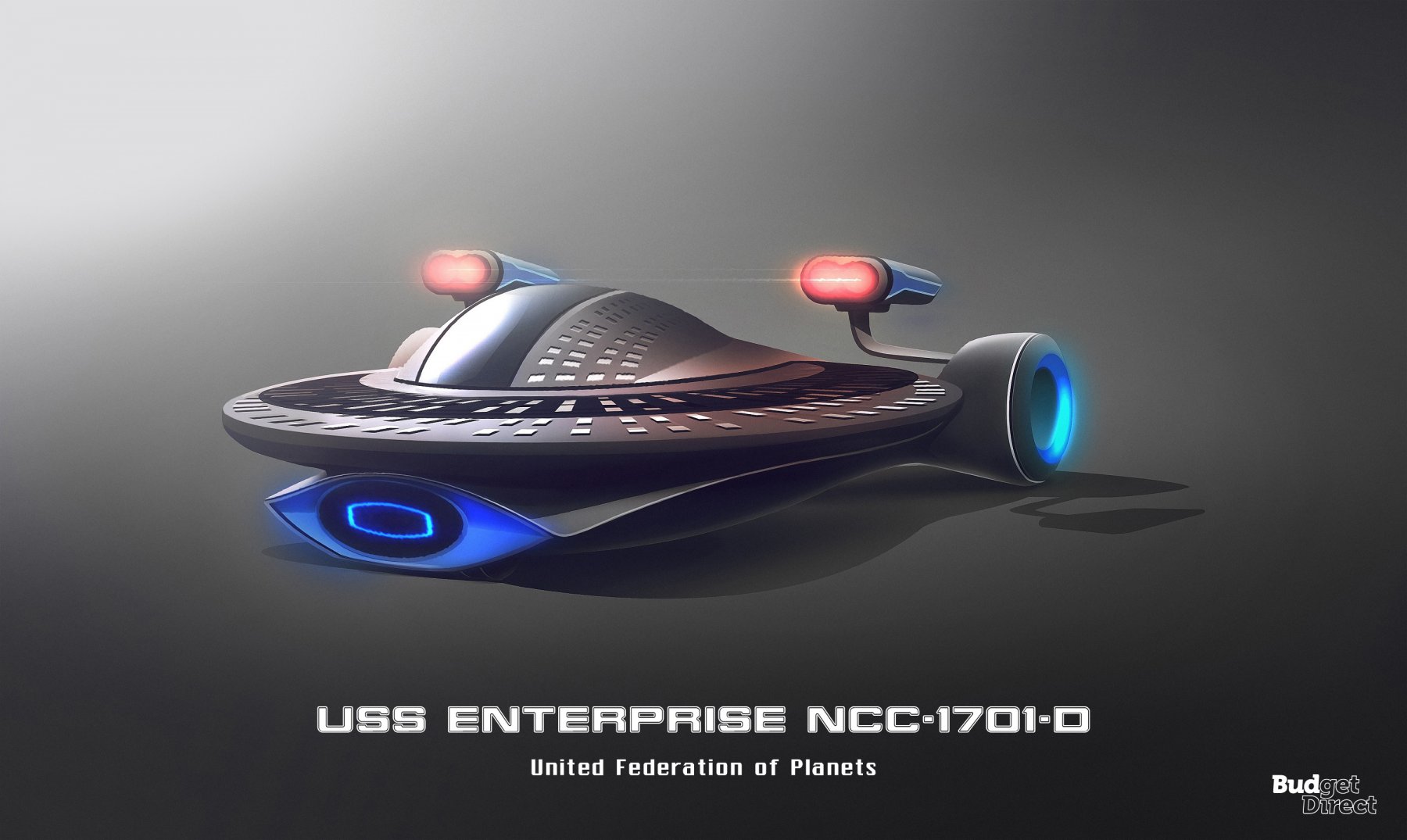 Sister of the original USS Enterprise, this car brings the classic to a new generation. Capable of travelling thousands of light years, it’s the perfect vehicle for when you’re hitting the road looking for new friends or enemies. 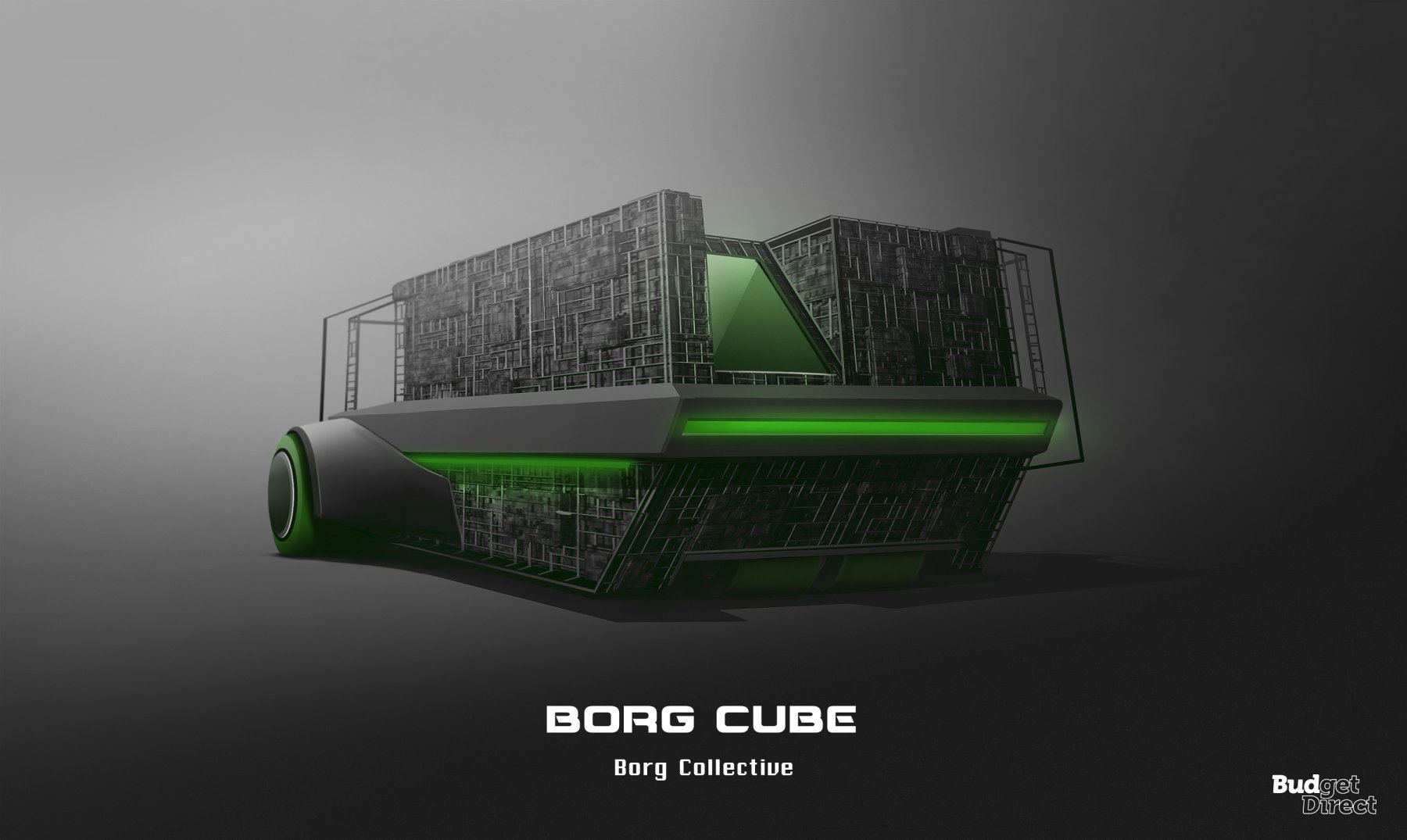 Its huge size and sharp edges make the Borg Cube prepared for anything it may encounter. With an ability to reach massive speeds and projectile weapons on board, when it comes to a Borg Cube, resistance is futile. Instantly eye-catching, the sleek exterior of the D’Kora Class Marauder takes armoured transport to a new level. Capable of mounting phasers, disruptors and strong torpedo-based weapons; if you’re looking to make an impact, the Ferengi Alliance have brought a car to do just that. 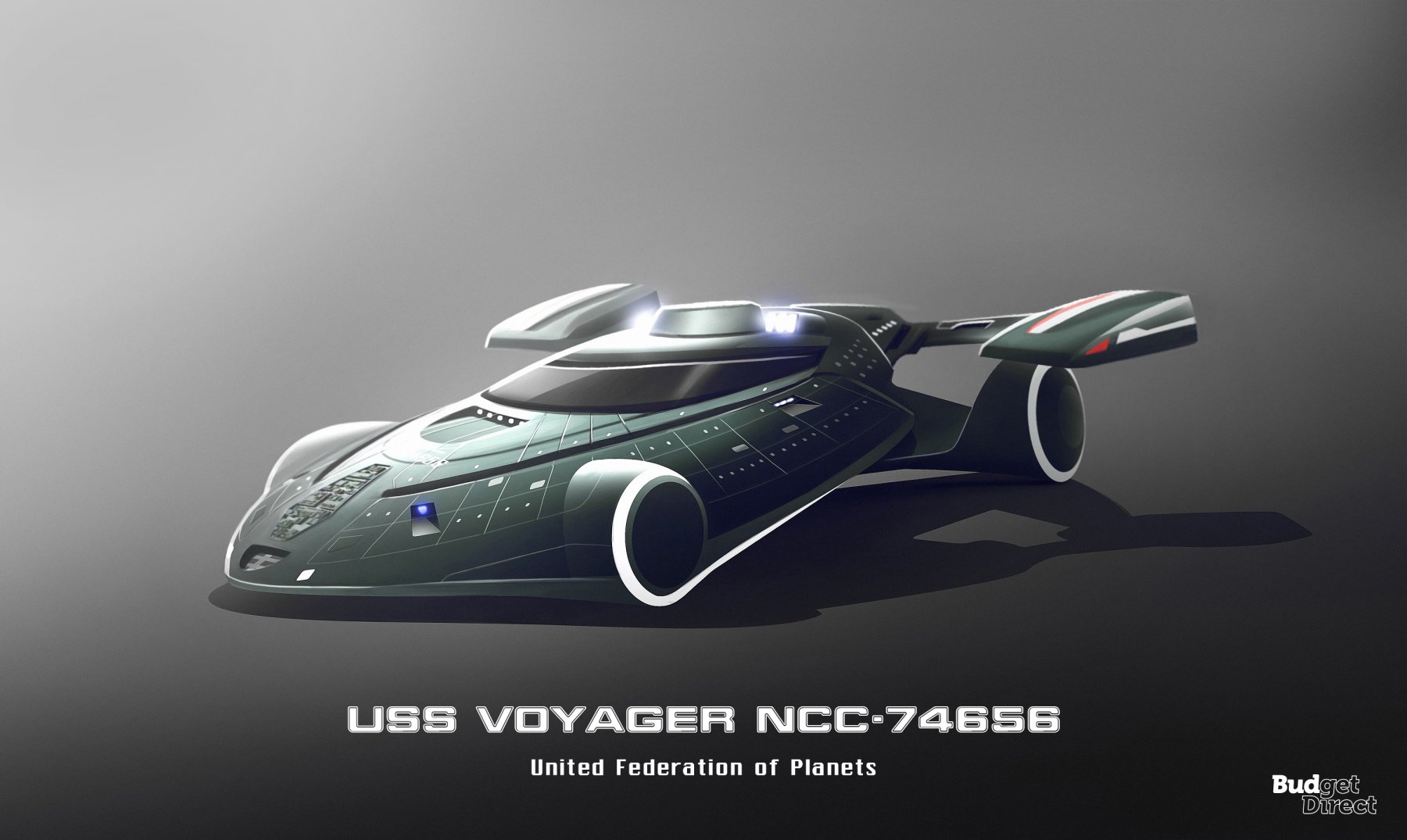 When you want a home on the road, you want the USS Voyager NCC-74656. But this won’t be just any home; this Intrepid-class car boasts some of the most advanced sensor equipment there is and is capable of holding rapid speeds. You’ll get from A to B, faster than the speed of light. 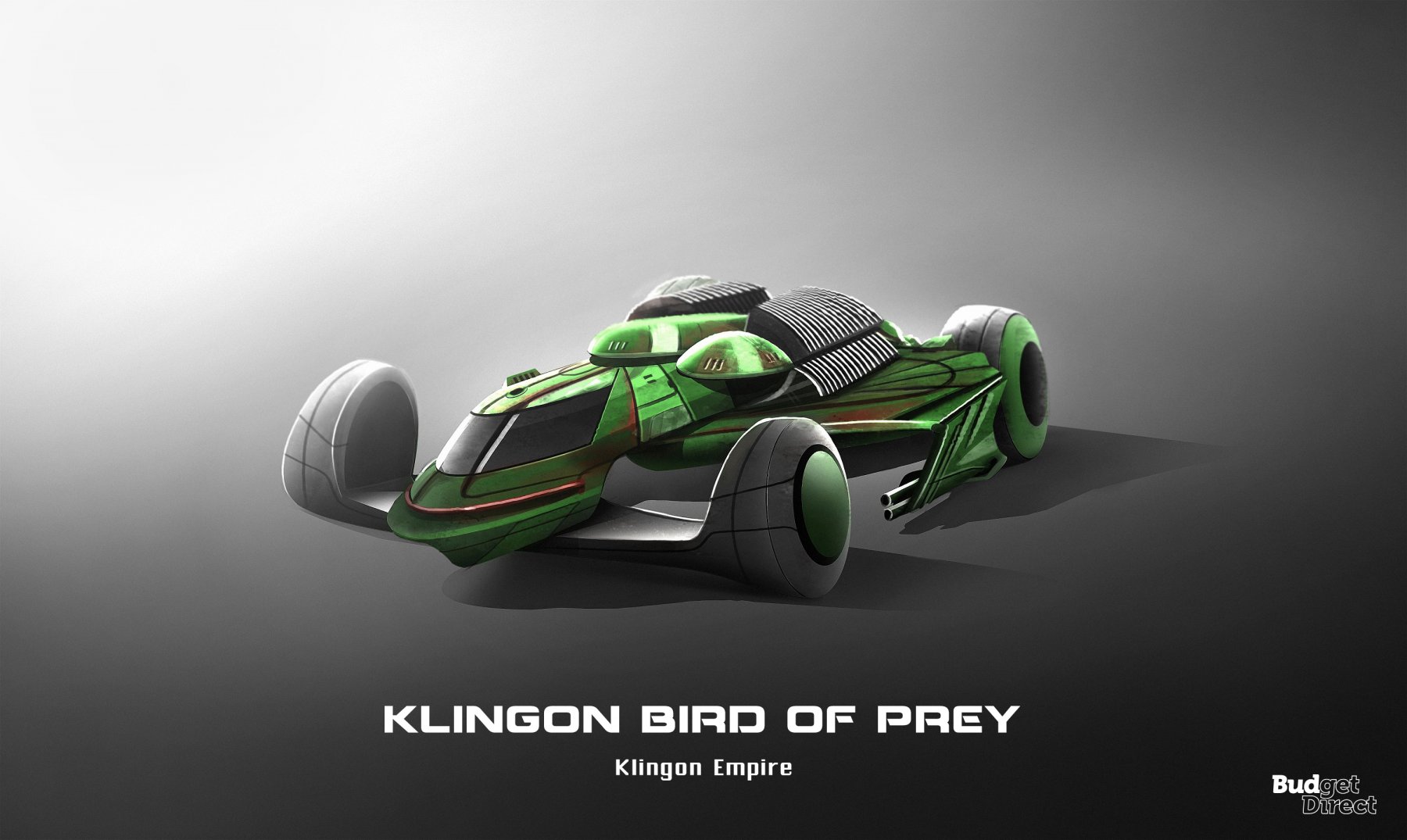 Perhaps one of the most versatile automobiles out there, the Klingon Bird of Prey can suit whatever purpose you have. Equipped with defensive weapons, invisible cloaking and extreme propulsions, when you have a car like this, just sit back and enjoy the ride. 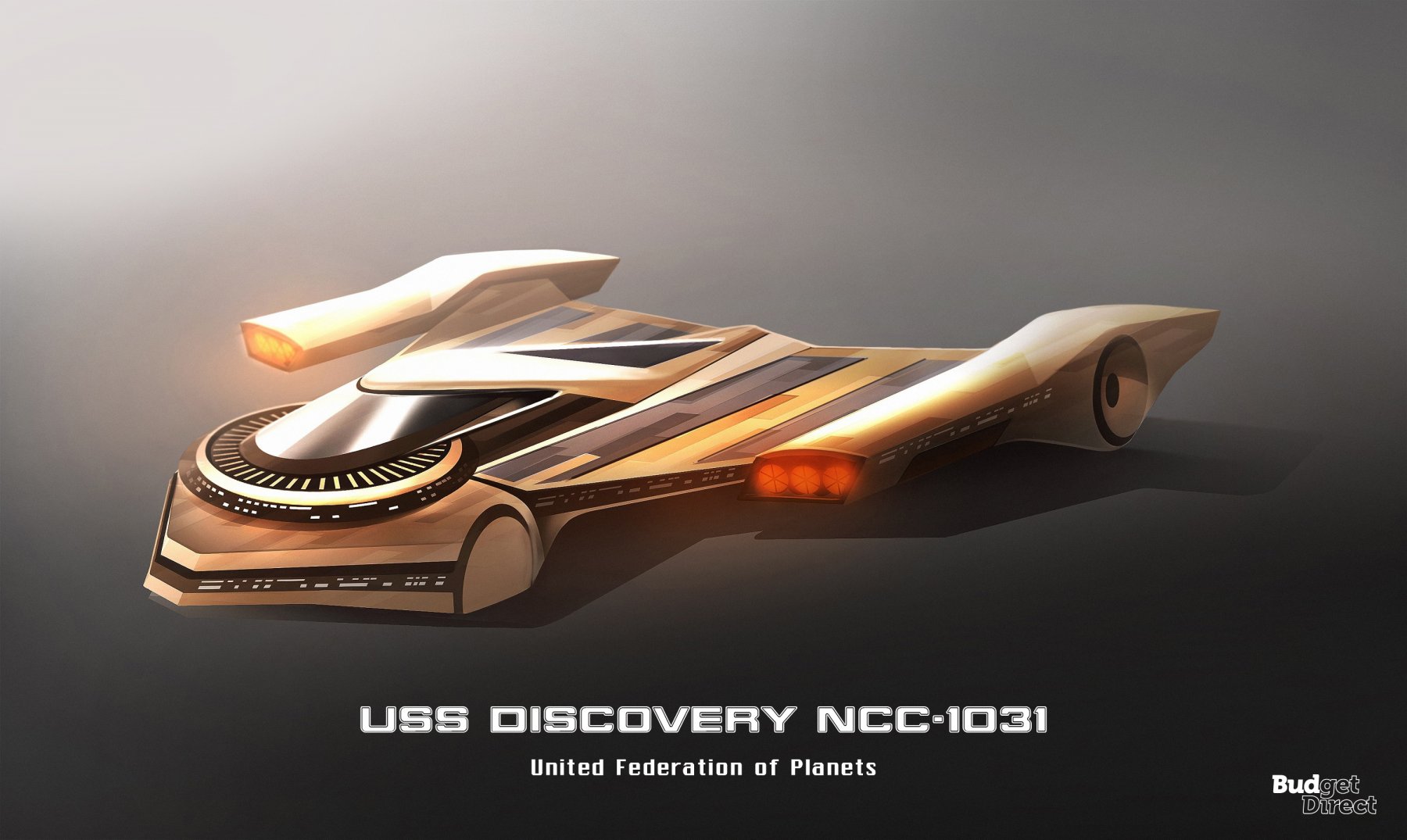 A vision of the future, the USS Discovery NCC-1031 is breaking new ground and inventing unlimited possibilities. Demonstrating the future of car design, the Discovery’s sleek exterior and aerodynamic shape makes this car light years away from the automobiles of today.

These cars are battling the final frontier when it comes to design.  We hope one day we get to sit in the driver’s seat of these vehicles, but until then, “live long and prosper.”

The history of Australian made Toyotas

The Evolution of the Cost of Living