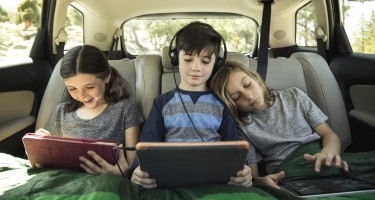 Find out how Australians feel about the idea of a family road trip, and what precautions they take before hitting the road in our Family Road Trips survey results.

You couldn’t script a better country to explore via a road trip. Up north you’ll find some of the nicest reefs and beaches the planet has to offer. Along the southern border, you’ll find the stunning Twelve Apostles along the Great Ocean Road. And between them, every inch of land is jam-packed with millennia of history, culture, and pride.

But are we really utilising just what Australia has to offer? To find out, we surveyed 764 Australians 18+ through Pure Profile to understand just how much Australians enjoy the prospect of a family road trip.

1.0 Popular Australian Road Trips
2.0 Road Trip Preparations Checklist
3.0 Family Road Trip Survey Results
3.1 Queenslanders were the most likely respondents to have been on a road trip
3.2 Male respondents believe they do more of the driving on road trips
3.3 Australian respondents have a ‘family first’ attitude toward road trips
3.4 38% of road trips take more than 10 hours of driving
3.5 52% of road trips were taken in sedans or hatchbacks
3.6 13% of participants’ road trips taking 30+ driving hours were taken without any vehicle preparations or checks
3.7 Participants who have previously been on road trips are far more excited to go on one, compared to those who haven’t been on one
4.0 Key Findings

Before hitting the road for a day trip or a cross-country tour, you should:

3.1 Queenslanders were the most likely respondents to have been on a road trip

Have you taken a road trip before?

Around 89% of Australian respondents said they had been on a road trip before. However, this rose to a staggering height of over 97% of Queensland respondents.

Despite having access to a scenic drive from Launceston to Hobart, almost 17% of Tasmanian participants didn’t believe they’d ever been on a road trip.

3.2 Male respondents believe they do more of the driving on road trips

How much of the driving did you do on your last road trip?*

Australia
By Age
By Gender

Participants aged 25 to 44 also had the lowest rates of driving on road trips, surprisingly. Participants over 65 years of age had the highest average for the amount of driving they did on their last road trip.

3.3 Australian respondents have a ‘family first’ attitude toward road trips

Who did you go on your last road trip with?**

**Only participants who responded to Q3.1 with “Yes” were given this question. Participants were also able to select multiple options (except for “I went on a solo trip” which was mutually exclusive), meaning percentages may not add to 100%.

Over 63% of Australian respondents 18+ who indicated they had been on a road trip were accompanied on their last road trip by their partner. Over 1 in 4 participants were joined by their child or children, however this rises to over 40% of participants aged 35 to 54.

For the younger cohort (aged 18 to 24), they were just as likely to have taken their last road trip with their parents, as they were to have gone with their partner (39% for each). This shows that even up to early adulthood, families will come together for road trips.

How many hours of driving did your last road trip take?*

Australia
By Trip Length
By Vehicle
By Age

3.5 52% of road trips were taken in sedans or hatchbacks

What best describes the type of vehicle you took on your last road trip?*

51.7% of participants said they took their last road trip in a sedan or hatchback, while another 31.4% took a 4x4 or SUV.

Less than 5% were in a vehicle towing a caravan, and less than 2% of those surveyed went in a motorhome.

3.6 13% of participants’ road trips taking 30+ driving hours were taken without any vehicle preparations or checks

What preparations did you make before your last road trip?**

Australia
By Trip Length
By Vehicle
By Age

**Only participants who responded to Q3.1 with “Yes” were given this question. Participants were also able to select multiple options (except for “None of the above” which was mutually exclusive), meaning percentages may not add to 100%.

15% of participants’ latest road trips were taken without any vehicle preparations or checks. However, this rose to over 17% for trips requiring 20-30 driving hours - meaning long-haul road trips are frequently taken without ensuring the vehicle is fit for a long journey.

Younger participants were the most likely to not perform checks on the vehicle before a road trip - with almost 18% admitting to not performing any of our listed checks before setting off. In particular, younger drivers ignored checking the spare wheel for pressure and condition.

Ute drivers responded with the highest rates of performing checks on their vehicle before a road trip, with only 10% setting off without performing any of our listed checks. Sedan/hatchback drivers proved the least thorough with their checks, with over 15% not performing any checks before hitting the road.

3.7 Participants who have previously been on road trips are far more excited to go on one, compared to those who haven’t been on one

How excited are you by the idea of going on a road trip?

Australia
By Age
By Road Trip History
By Previous Companions

Over 31% of Australians surveyed were extremely excited to go on a road trip. Collectively, they averaged 3.64 out of 5, meaning they were more enticed than deterred by the proposition of a road trip.

The only age cohort we surveyed as being deterred by road trips were those over 65 years of age. Otherwise, every age cohort was enticed by the prospect of a road trip. Particularly those aged 35-44, who averaged 3.94/5 (meaning their average was being “very excited” for a road trip).

When comparing participants who had said in Q3.1 they had previously been on a road trip, an obvious trend emerges. Those who have enjoyed a road trip in the past are more excited to take another, than those who have never been on one. This could indicate that until a road trip is taken, a person doesn’t know what they’re missing out on.

Too many drivers set off without performing the right preparations

Almost 35% of road trips requiring 30+ driving hours are taken without the driver even planning the route. Otherwise, around 15% of all road trips taken by our participants did not feature any of the preparation steps listed in our survey question. This means that drivers are exposing themselves to risks on the road, such as breakdowns or tyre failure.

Family is a drawcard for road trips

A huge percentage of road trips are taken with family - whether that’s a partner, the kids, the parents, or other relatives. And in Q3.7, we showed that participants who had previously travelled on a road trip with their kids were very excited to go on another road trip - far more so than those who had never been on a road trip. This trend applied to every means of a family road trip - travelling with family leads to more excitement around the next road trip.

This survey was conducted by Pure Profile on behalf of Budget Direct in April 2022. The survey was conducted online with a total sample size of 764, weighted and representative of all Australian adults (aged 18+). All other data on this website are the latest available from the named sources in this article, and were obtained in April 2022. Auto & General Services Pty Ltd does not guarantee the accuracy or completeness of the data and accepts no liability whatsoever arising from or connected in any way to the use or reliance upon this data. 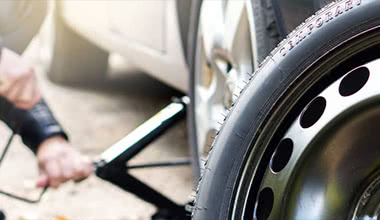 How to change a car tyre 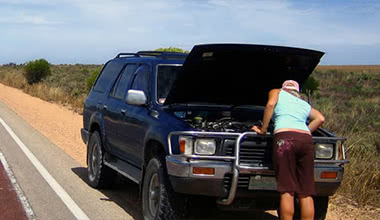 What to do when your car breaks down