In 2018 there were 1,146 road deaths on Australian roads, speeding is estimated to be a direct factor in 30% of all road accidents in Australia.

Speeding affects a person’s ability to drive in a number of different ways. Speeding is not only driving over the speed limit, it is also considered speeding when the vehicle is travelling too fast for the road conditions which could be affected by weather and traffic7.

Speeding is one of the fatal five driving behaviours that cause the largest amount of road fatalities in Australia. Speeding is estimated to be a direct factor in around 30% of all road accidents in Australia. The 2017 rate of annual road deaths per 100,000 was 4.98, meaning that the rate of deaths that can be attributed to speeding is around 1.66 deaths per 100,000 people2. However it has been suggested by the centre for automotive safety research, that speeding could play a much larger role in road crashes, and fatalities in particular, on Australian roads. This assumption is based on the fact that determining the speed of vehicles after an accident occurs is beyond the scope of regular traffic police who record the data about crashes on site, and is usually only determined by a detailed crash reconstruction14.

When you speed your field of vision is reduced. This affects your ability to react clearly to hazards approaching the vehicle from the side or rear.

Speeding affects the stopping distance of a car. When you speed, you travel further in the time it takes you to notice and react to hazards on the road, meaning you have less time to react and respond than someone not speeding.

The distance it takes to stop an average family car 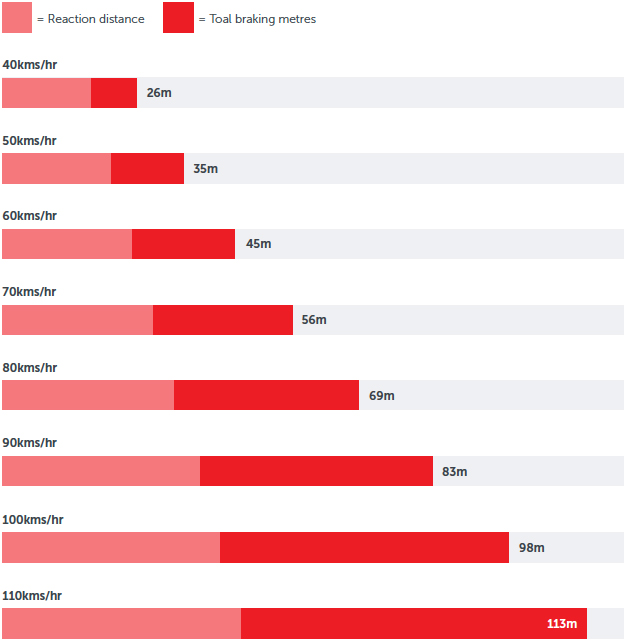 Reporting on speeding related accidents varies state by state, meaning that there is inconsistent figures on speed-related crashes on a national level.

It is estimated that 40% of all road fatalities in New South Wales are attributed to speeding.

Speeding killed 50 people in 2017 on Queensland roads, making up 20% of the total Queensland Road Toll. The cost of speed-related fatalities and hospitalisation casualties costs Queensland an estimated $3.2 billion each year4. Fines for speeding in Queensland range from $177 to $1,245 in addition to points and suspensions of licences. Queenslanders paid a total of $226 million in speeding fines during 2017.

Australia is one of the most expensive countries in the world for speeding fines, with the 6th highest fines for speeding 20km/hour over the speed limit16. 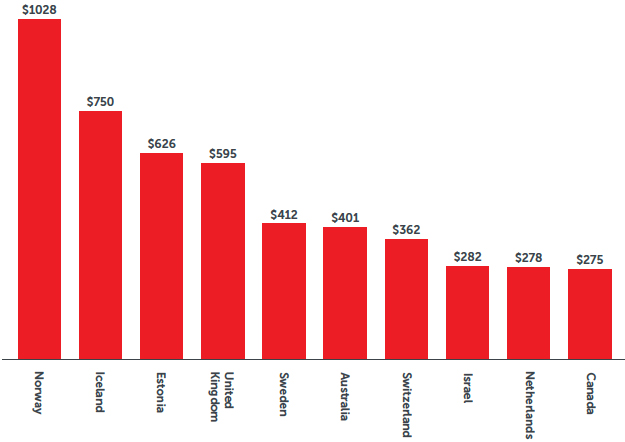 Data on this website was sourced in July 2019 with the latest available data from July 2019.  Auto & General Services Pty Ltd does not guarantee the accuracy or completeness of the data and accepts no liability whatsoever arising from or connected in any way to the use or reliance upon this data.