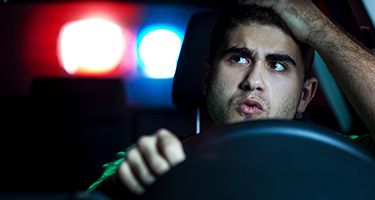 Find out exactly how common drink driving is, and Australians attitudes toward it, in Budget Direct’s latest survey.

Drinking and celebrating is a common part of Australian culture. But with it comes the risk of drink driving, and the extreme dangers and risks that come as a result.

To get a true grasp on the nature of drink driving in Australia, we have compiled the latest trends statistics, and our survey data to bring you:

All punishments below are for first time offenders. Across Australia, both disqualifications and fines will vary based on a variety of factors, such as (but not limited to):

*Victoria’s fines are decided by the courts, so haven’t been included in this graph. All fines represented are the maximums the state might serve for that level of alcohol reading.

1.2 How drinks affect your BAC

Using HealthEngine’s Blood Alcohol Concentration Calculator, it’s possible to estimate the BAC of various people, based on their weight and drinking behaviours.

These examples are intended to demonstrate how weight, number of drinks, and time can influence your BAC. However, as everyone processes alcohol differently, these examples might not necessarily apply to your personal situation.

Ben is 74kg, has had 3 drinks over 2 hours, and does not have a provisional licence. He is likely to be under the legal BAC limit.

Jono is 88kg, has had 8 drinks over 6 hours at a party. He is likely to still be over the legal BAC limit.

Andrea is 68kg, has had 4 drinks over 4 hours, and does not have a provisional licence. She is likely to be under the legal BAC limit.

Tanya is 62kg and has had 3 drinks over 1.5 hours at lunch. She is likely to still be over the legal BAC limit.

Despite common myths and misconceptions, there is no way you can speed up the metabolism of alcohol. The only way to bring your BAC back to 0 is by waiting, and every person has a different rate for this[11].

Drink driving is responsible for 1 in every 7 crashes in New South Wales, where someone loses their life[13].

Over the last 5 years, 1 in 5 drivers and riders who lost their lives in Victoria were over the legal BAC limit[14].

42 people died in Western Australia in alcohol-related crashes in 2020. Of those, 67% occurred in regional WA[15].

Drink driving fatalities had declined by an average of 7.3% each year in South Australia since 2008[16].

Alcohol is involved in 40% of road deaths, and up to 20% of injuries on the roads in the Northern Territory[18].

Each year, around 1 in 4 fatal crashes within the Australian Capital Territory involve alcohol[7].

3.1 In the past 6 months have you ever driven a car/motor vehicle under the belief you might be over the legal blood-alcohol limit?

3.2 Do you know the exact legal BAC (blood alcohol content) limit in your state?

22% of Australians surveyed don’t know what the BAC limit is. This number rose to nearly 40% of those aged between 18 and 24. New South Wales residents were also the most likely to be unfamiliar with the laws, with over 1 in 4 unsure of the BAC laws.

3.3 Do you know the exact amount of drinks you can have and still drive underneath your legal BAC (blood alcohol content) limit?

Generally, quite a few Australians sampled don’t know where their limit is, when it comes to crossing the legal BAC limit. About 48% of women indicated they don’t know how many drinks they can have, and still drive legally and safely. Unsurprisingly, over half of surveyed Australians aged 18 to 24 were unsure about how drinking affected their legal ability to drive.

3.4 Which of the following techniques do you think would help decrease your BAC (blood alcohol content)?**

**Users were able to select multiple answers, meaning values may not add up to 100%.

None of the techniques above will affect your BAC – the only way for your body to decrease its alcohol concentration is over time, and for your liver to work through it[11]. That being said, over 50% of Australians surveyed believe there are techniques that can help.

Sleeping, drinking water and eating something greasy were the most common myths for helping to decrease blood alcohol concentration.

3.5 Should all cars be fitted with a device that checks your BAC (blood alcohol content) before you’re able to start the engine?

Women are far more interested in fitting all cars with devices that check your BAC before you’re able to start the engine, with about 60% in favour (rather than only 46% of men). Victoria was also the only state in Australia that generally preferred not to have devices installed. Younger age brackets were also more likely to be in favour of the technology, whereas those aged between 45 and 54 were more likely against.

3.6 What is the minimum penalty that you believe should be given to first time drink driving offenders?

Australians surveyed generally think that a minimum of fines and demerit points are enough for first-time drink driving offenders, with 49.6% believing this to be a fair minimum. This is actually less than current legislation, which usually combines fines with licence suspensions.

Only around 15% of Australians surveyed believe our punishments for first-time offenders should be more strict than they currently are.

Previous results (and data from government sources) both confirm that younger Australians are more likely to get behind the wheel over the legal limit. This coincides with how Australians feel, with around 40% believing younger generations to have worse habits (and 40% being unsure).

4.0 Tips to stay safe and legal on the roads

Time is all it takes

You can’t shortcut recovery, and use special tricks to reduce your blood alcohol concentration. All you can do is stay healthy, wait, and drive once your body has had sufficient time to process.

Don’t work out what you’ll do at the end of the night. Know in advance if you’ll stay the night, be driven home, or take a taxi. That way, even if you feel okay, you know the sensible option is to stick with your original plan.

Don’t even have the option

If you don’t take your car with you, you won’t even have the option of driving under the influence. Taking public transport, carpooling, and walking can help you get to the event without a car, and subsequently, ensure you don’t drive home.

You risk it all if you drive over the limit

Generally, insurance won’t cover you if you drive over the legal limit. If the health risks to yourself and the public weren’t high enough, you also won’t be covered for any damage you might cause.

Disclaimer: This survey was conducted by Pure Profile on behalf of Budget Direct in July 2021. The survey was conducted online with a total sample size of 1,000, weighted and representative of all Australian adults (aged 18+). All other data on this website is the latest available from the named sources in this article, and was obtained in June 2021. This is general advice only and Auto & General Services Pty Ltd does not guarantee the accuracy or completeness of the data and accepts no liability whatsoever arising from or connected in any way to the use or reliance upon this data.