Revealed, Australian states and cities with the most home break-ins during the festive period 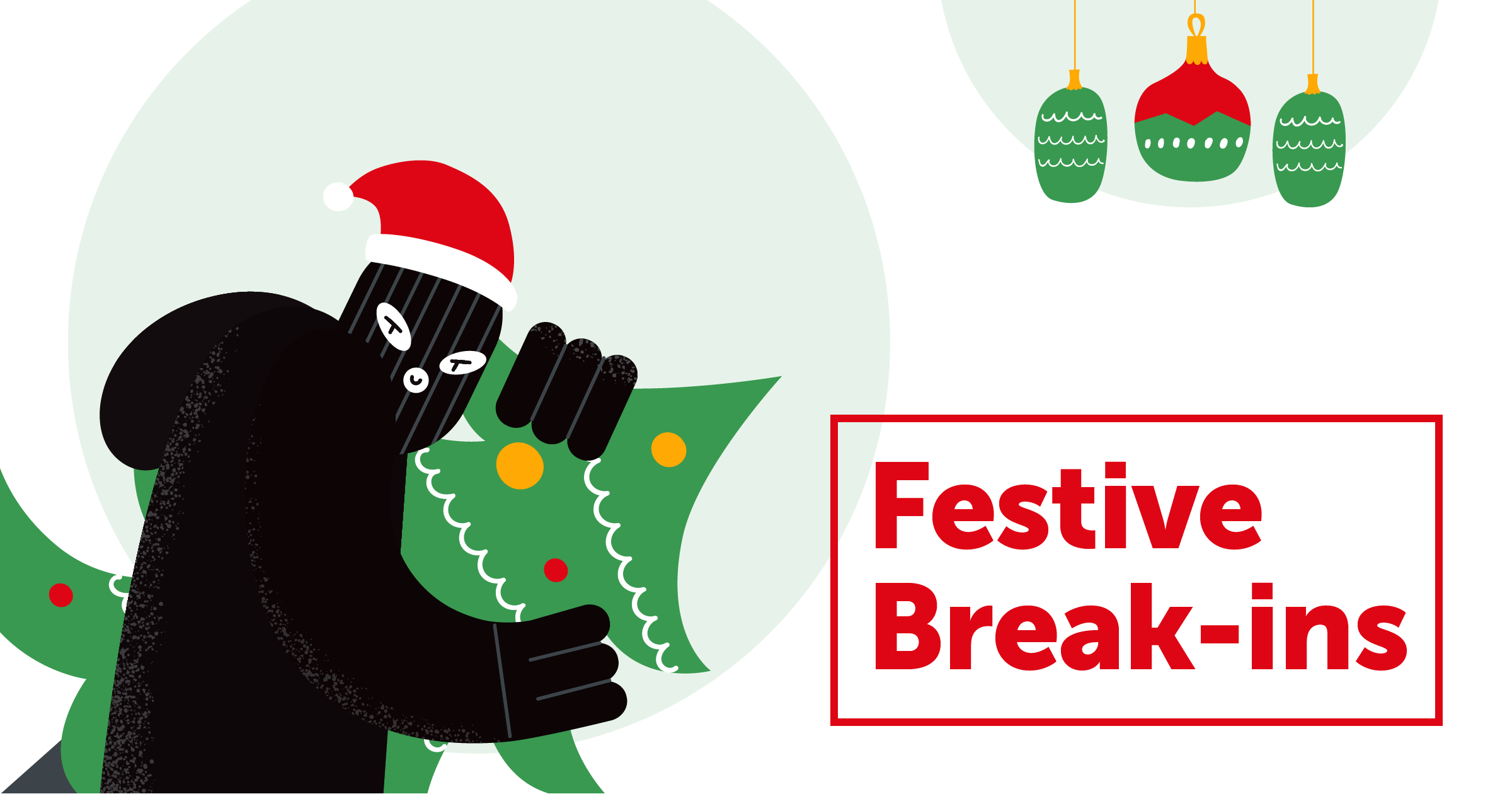 Christmas time - tis the season to be jolly and generous. However, in some unfortunate circumstances, burglars might be helping themselves to your property.

According to reports, nationally, the run up to Christmas Day sees the largest amount of home break-ins reported [1].

So whilst you are out spreading joy this festive season, could the state or city in which you live mean that your home is more likely to experience jingle hell as opposed to jingle bells?

Budget Direct commissioned Research House Aira to analyse Australian crime reports submitted between November and December in 2020 to find out which states and cities report the highest number of home break-ins over the festive period and highlighted which regions are at the most risk.

Which states have the most festive season burglaries? 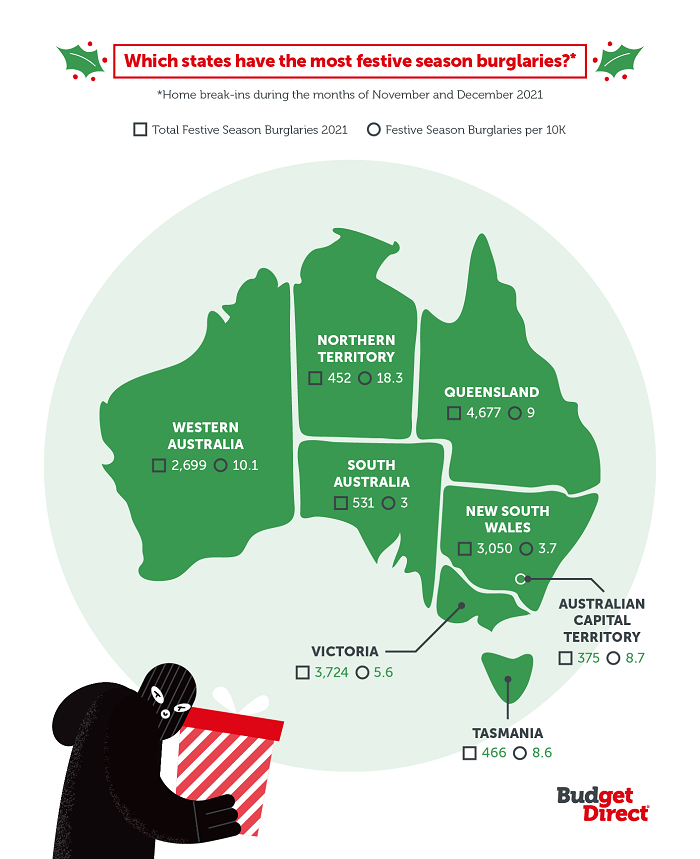 According to the data, the state of Victoria reported the highest number of home break-ins during November and December 2020, followed by Queensland with 2,399 and New South Wales with the third highest reported break-ins at 1,890.

When looking at the total reported home break-in crimes per state, it’s important to factor in that some territories and states are more densely populated than others. For example, the Northern Territory has an estimated 247,023 residents [2] compared to New South Wales, which is home to an estimated 8,176,368 people [2] across a smaller area than the Northern Territory.

Which city in Australia has the highest festive season burglaries per 10,000 people?

At the other end of the spectrum, Adelaide, South Australia, reported the lowest number of festive home break-ins at just 0.4 per 10,000 people. However, figures show that Adelaide has a population density of 1,681 persons per square km [3] - a higher population density than Townsville (1,061 people per square kilometer [4]). This suggests that although Adelaide might be more densely populated, you are less likely to experience a home burglary over christmas in this city.

Aira analysed reported home break-in crime data from Australia’s 20 biggest cities by population, across all the states, as well as Australian Capital Territory and Northern Territory. Data covers the period from Nov-Dec to 2015 through Nov-Dec 2020.