Microsleeping,
how common is it?

Driver fatigue is one of the four leading causes of road accidents, a new survey reveals how many people have had a microsleep behind the wheel.

A new survey conducted by Budget Direct Car Insurance indicates that over 40% of Australians surveyed have had a microsleep while they’ve been driving. Driver fatigue is one of the four leading causes of preventable road accidents in Australia and is particularly a problem on long, straight roads like highways and motorways1. It is estimated that fatigue is a contributing factor in about 20% of all fatal crashes in Australia2.

Microsleeps are short, involuntary bursts of sleep, usually only noticed after they have occurred when the person jerks awake, if they are noticed at all. A microsleep can last from anywhere between a second to up to 10 seconds, meaning that if a vehicle is travelling 100km/h, a 10 second microsleep means the driver could be out of control of the vehicle for up to 270 meters.

(Microsleeps are brief, unintended episodes of loss of attention associated with events such as a blank state, head snapping, and prolonged eye closure when a driver is fatigued or drowsy).

Drivers are most at risk for a microsleep on long ‘boring’ stretches of road3. Monotonous and repetitive tasks with little stimulation (such as driving on long straight stretches of road) can lull the brain into an almost trance like state that can result in blank stares, head snapping and prolonged eye closure. And while it may seem as though you have only nodded off for a split second, in reality you may have been having a much longer microsleep as the human brain doesn’t recognise these short bursts as actual sleep.

The scary fact about microsleeps is that they can happen without us being aware of them, meaning that the percentage of drivers who may have experienced a microsleep could potentially be a lot higher than the reported 41.3%.

While microsleeps can happen to anyone on the road, you are especially at risk of experiencing a microsleep if you have insomnia or are sleep deprived. Without sufficient amounts of sleep, your brain will eventually shut down, and this process is quickened by a lack of new or varied sensory information.

People who work or travel during non-conventional hours and have irregular sleeping cycles are particularly vulnerable to microsleeps. Consistently poor sleepers who suffer from sleep deprivation can accumulate what is called a sleep debt, which can only be paid off with sleep. The more sleep deprived you are, the more sleep you need to pay off the debt so that you can regain normal brain functionality. Without proper rest certain parts of the brain can start to shut down, even while you are still awake.

Men are more likely to drive while tried

Men were 12% more likely than women to say they had experienced a microsleep. Many drivers embarking on long or monotonous trips want to push through their tiredness to get to their destinations quicker. This kind of dangerous behaviour can directly lead to fatigued driving.

And while there are laws for the other major causes of road fatalities, there are no laws for driving while tired, which makes fatigued driving hard to monitor. Currently public education and awareness campaigns are the only preventative measures in place in Australia to discourage driving while fatigued.

Fatigue-related accidents are much more common on rural highways than on urban roads4. Constant high speeds and monotony on these longer roads serve to lull the brain into the trance-like state that can lead to microsleeps. A study conducted on drivers that had been involved in accidents in rural roads found that 71% of the accidents were single-vehicle accidents, and of those single-vehicle accidents 92% were run-off-road accidents4. This heavily implies that the drivers of these accidents had fallen asleep or experienced a microsleep leading to their accidents. 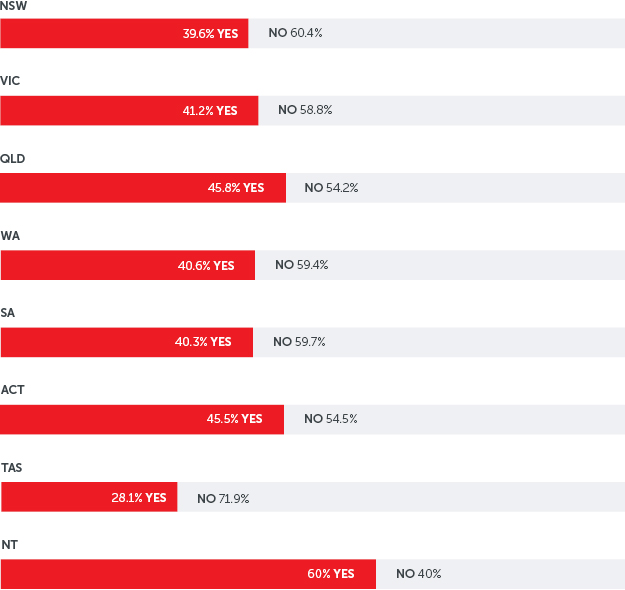 A total of 31.5% of the Australian population live in rural or remote areas5. The Northern Territory had the highest percentage of self-reported microsleeps at 60%. This adds weight to the rural roads theory, given that the majority of roads in the NT would be considered rural.

Tasmania had the lowest percentage of self-reported microsleeps at 28.1%, this could potentially be down to the shorter travel distances between locations in the state.

New South Wales had the second lowest percentage at 39.6% of respondents who said they had experienced a microsleep, but in New South Wales, fatigue-related deaths are considered to be one of the three biggest killers in the state, claiming even more lives than drink driving crashes6.

Newer models of cars are now being sold with technology that can be used to detect if you are drowsy or have been driving too long without a break7. Different manufacturers use different types of technology to assist with drowsy or fatigued driving such as lane positioning, which can send you an alert if you are straying too frequently from your position in the lane to timers which can tell you if you’ve been driving too long without a break. Hopefully these types of technology can act to remind people that driving while fatigued is dangerous and can have serious consequences.

If you know that you are going to be driving for long stretches of time or during your usual sleeping hours, make sure you have planned enough breaks so that you can prevent microsleeps. It is recommended that drivers take a break every two hours for at least 15 minutes7.

For those who want to plan their stops so that they don’t end up on the side of the road with no bathroom or eating facilities around, check out our pit stop planner. It provides you with several recommendations for pit stops along your planned journey for every two hours on the road and tells you what’s around in the area. 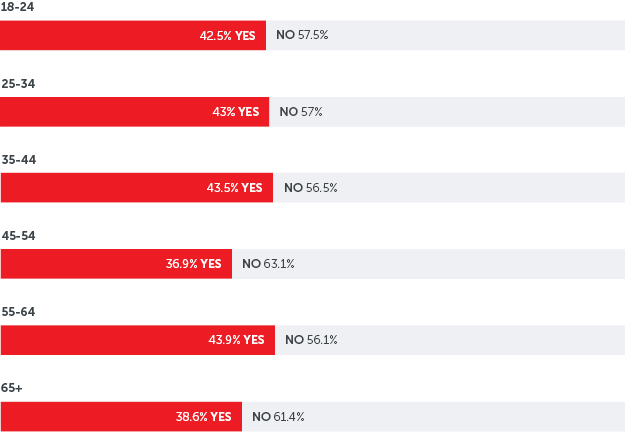 Australia lags behind in driverless cars race
Give way rules - Who goes first?
Road Safety Around Heavy Vehicles
Using a mobile phone while driving
Drink driving in Australia: Who’s to blame?
Microsleeping, how common is it?
Australian roads, safer or more dangerous than ever?
Australia’s need for speed
Are Australians ready to buy cars online?
Distracted driving study proposes a promising way forward
Car Insurance Claims – Not My Fault
Driving safety tips
Can I ride a scooter with a car licence?
Does Car Insurance Cover Rental Cars?
How Much Does Car Insurance Cost?
Electric car survey
How to turn on Do Not Disturb While Driving
Double demerit points 2020