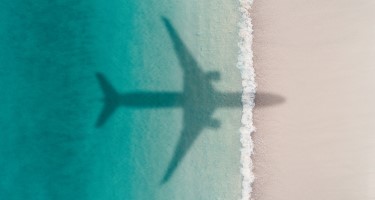 Find out how well the 992 Australians 18+ we surveyed through Pure Profile understand travel bubbles, and how they feel about vaccines and COVID-19 rates when travelling.

Many media pundits believe a travel bubble is an ideal way to ease Australia back into international travel in the post-COVID era. Particularly with New Zealand such a short flight away, the theory is that Australians could still scratch the travel itch, without increasing our risks of a COVID-19 outbreak.

But what are the barriers to a travel bubble, and how do Australians feel about having a bubble in place? We surveyed 992 Australians 18+ to find out.

‘Travel bubbles’ are loosely defined around the world. Air New Zealand’s definition summarises them well, as “an exclusive agreement between neighbouring countries that allows for travel across each other's borders”. Typically, the two nations will:

All information in the table is true and correct as of 21 March 2022. Please consult with the appropriate government agencies for the latest information.

In early 2021, a quarantine-free travel bubble agreement was reached with New Zealand. According to SmartTraveller, this was suspended in July 2021[2].

As of 21 March 2022, Australia does not currently have an active travel bubble with New Zealand in effect. However, it was announced in March of 2022 that quarantine-free travel with New Zealand would recommence on 13 April 2022[2].

3.1 83% of Australians surveyed have travelled overseas

Have you ever travelled overseas?

3.2 Over 57% of respondents plan to travel overseas in the next 2 years

When do you hope you'll travel overseas next?

3.3 Over 1 in 3 respondents would like to travel to Europe next, before any other continent

Which continent would you like to travel to next?*

Conversely, those waiting at least 4 years before their next overseas trip were far more likely to stay within Australia / Oceania (including New Zealand), and far less likely to travel to Asia.

3.4 Over 50% of respondents believe we should form a travel bubble with New Zealand

If Australia was to form a travel bubble with another nation, which nation do you think it should be?

New Zealand and England were the most popular destinations for travel bubbles with Australia among our survey participants, earning nearly 59% of votes between them.

The most noticeable finding was that a participant’s own preferences for a travel destination impacted where they think Australia should form a travel bubble. Those wanting to travel to Asia were more likely to select Singapore, Japan, Fiji, Thailand or Indonesia for Australia’s travel bubble than the average survey participant. Similarly, those wanting to travel to North America were over 3x more likely to want our travel bubble to be with the USA, compared to the average participant.

Equally, those who don’t plan to travel at all were nearly 3x more likely to believe Australia shouldn’t form a travel bubble with another nation.

3.5 On a 5-point scale, our Australian participants measured as 3.6 for caring about COVID-19 rates within an Australian travel bubble

How important is it that if Australia forms a travel bubble, both nations have similar COVID-19 rates?

Australia
By State
By Age
By Preferred Destination

On a state-by-state basis, South Australia and Tasmania were the two states most concerned about COVID-19 rates in any travel bubbles Australia sets up. Victoria was the only state to measure as less than the Australian average for concerns over COVID-19. Although it should be noted that they responded as higher than 3 - indicating general agreement that countries should share similar COVID-19 saturations.

In regards to age, an almost linear trend emerged, where as participants grew older, their concerns over COVID-19 saturations increased. Younger generations were less concerned about COVID, whereas participants over 65 years of age were the most COVID-cautious generation.

A traveller’s preferred destination also gave some insight into their concerns over COVID-19 within a travel bubble. Travellers to Asia were far less likely to be concerned, whereas those not wanting to travel, or those travelling within North America or Oceania were the most COVID-cautious.

3.6 On a 5-point scale, our Australian participants measured as 3.6 for caring about COVID-19 rates within an Australian travel bubble

Which of these statements around travel bubbles and vaccinations do you most agree with?

Roughly 15% of participants aged 25-44 believed that vaccines shouldn’t be required to form a travel bubble.

Why don't you think Australia should form any travel bubbles?**

**Only participants who responded “I don't agree with forming any travel bubbles” in Q3.4 were asked this question. Users were allowed to select all options that applied, meaning percentages may add to greater than 100%.

When given a list of possible reasons to not want Australia to implement a travel bubble, respondents who weren’t in favour of one mostly believed the lack of certainty, or logistics were to blame.

Otherwise, around 1 in 6 of our survey participants who don’t believe in travel bubbles said that the risks of losing employment opportunities were a factor in their beliefs

When given the option of which nation Australia should form a travel bubble with, a majority selected New Zealand (where a travel bubble is due to recommence in April 2022). Similarly, 73% of surveyed Australians agreed that travel should occur only if travellers are fully vaccinated - in line with current restrictions.

In short, when given the option to select the laws without prompt or guidance on what the government had previously enacted, a majority or participants would have made the same decisions around travel bubbles.

There is Uncertainty From Those Against Travel Bubbles

Those who aren’t in favour of a travel bubble didn’t often agree on why they shouldn’t be implemented. In our research, we gave users the option of “other”, which was not strongly supported. This indicates that the reasons provided in the survey were adequate for measuring the predetermined issues some participants had with travel bubbles.

The lack of strong support for a single variable means that those against travel bubbles perhaps don’t have a strong argument as to why they don’t. This could be explored in further research.

When asked about the COVID-19 rates of nations in a travel bubble, or when asking about the requirements for vaccines, clear trends emerged among the age of respondents. Older Australians were more inclined to opt for greater COVID-19 security (either by wanting nations to share similar COVID-19 rates, or for all travellers to be fully vaccinated) than younger demographics.

This survey was conducted by Pure Profile on behalf of Budget Direct in February 2022. The survey was conducted online with a total sample size of 992, weighted and representative of all Australian adults (aged 18+). All other data on this website are the latest available from the named sources in this article, and were obtained in March 2022. Auto & General Services Pty Ltd does not guarantee the accuracy or completeness of the data and accepts no liability whatsoever arising from or connected in any way to the use or reliance upon this data. 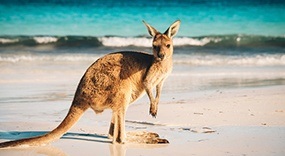 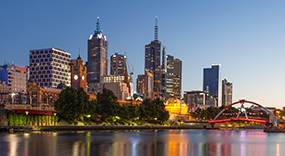 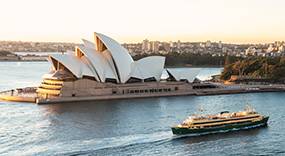