A new survey conducted by Budget Direct Car Insurance has revealed who has owned up to drink driving and which age groups they think are to blame.

An estimated 30% of all road fatalities in Australia are attributed to drink driving1. It is without a doubt one of the largest avoidable dangers in the country to date. The legal Blood Alcohol Concentration (BAC) in Australia for drivers on open licenses is less than 0.05 and zero for all learners and provisional drivers. Studies of past accidents have revealed that every increase of 0.05 in BAC above zero doubles the risk of being involved in a casualty crash2.

Driving while under the influence of alcohol can slow reaction times, dull the decision making processes, reduce attention spans and cause blurred vision and reduced hearing3. But still a worrying amount of the population are knowingly endangering themselves and others on Australian roads.

A new survey conducted by Budget Direct Car Insurance has revealed which of those Australians surveyed have owned up to driving while knowing they’ve had too much to drink, how likely they think it is that they’ll be caught and which age groups they think are primarily to blame.

An alarming 29% of the total survey respondents admitted to drinking and driving at least once in their life, despite knowing that they were likely over the BAC limit. There are 18,753,021 Australians aged 18 and over with the potential to drive on Australian roads. And if 29% of those Australians admit to drink driving, that means there has been potentially 5,438,376 people that are knowingly driving drunk on the road. And those are just the statistics for drivers who have owned up to drink driving and doesn’t touch on the drivers who might be driving drunk without knowing it.

Men were nearly twice as likely to report that they had driven under the influence than women. From 2008 to 2016 the vast majority of drink drivers involved in fatal crashes were males (91%)4. But whether or not men were just more upfront and honest about their drink driving than women, the statistics demonstrate that drink driving is still a serious issue for men.

It seems fairly unbelievable how many people revealed they drink and drive given that when asked, close to 90% of Australians feel as though they are likely to be caught if they do drink and drive.

If you drink and drive, do you feel that you’re likely to be caught? 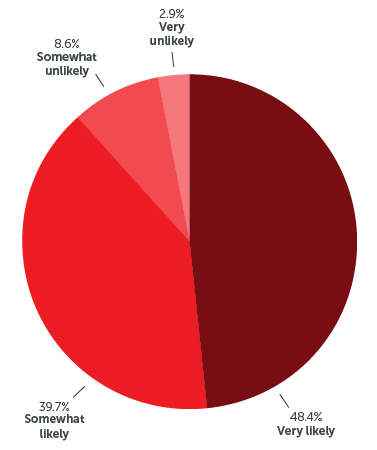 Food for thought: If the scare factor of being caught isn’t enough to stop people from drink driving, what will?

Women were slightly more inclined to believe they would be caught for drink driving at 91.2% compared with the 85.7% of men who thought they would likely be caught. Whether this has any correlation with the women’s lower self reported scores of drink driving is unclear, as both genders seem to be aware that there is a very good chance they will be caught for the driving offence.

If you drink and drive, do you feel that you’re likely to be caught? 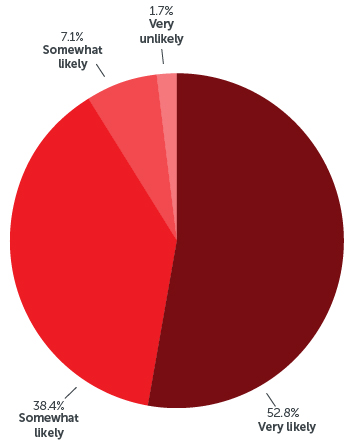 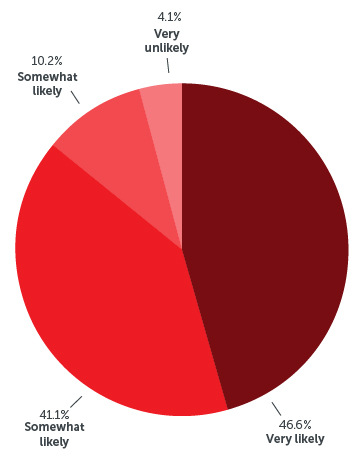 But the really surprising data came from looking at who pointed the finger at whom. Respondents were asked whether they felt drink driving was more of an issue for younger or older drivers and the results were surprising.

Do you think drink driving is more of an issue with younger generations or older? 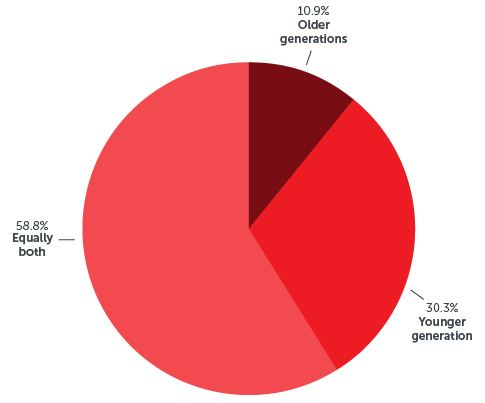 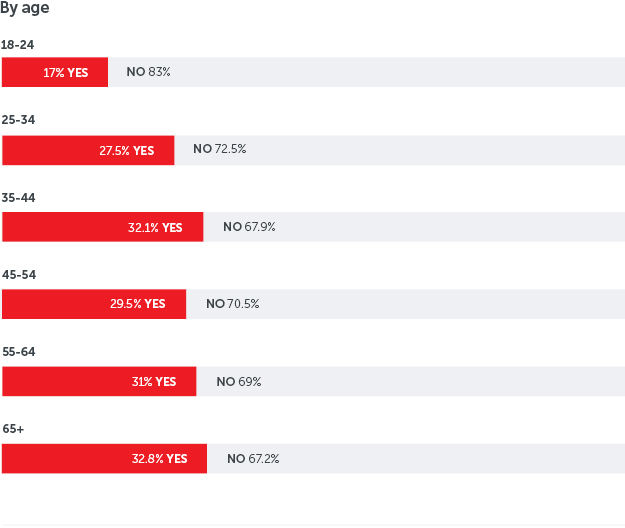 Another interesting insight into people’s thinking was that while up to 30% of 18–24 and 25–34 year olds believed it was the younger generations who were more likely to drink and drive, only 4.5% of 55–64 year olds and 4.8% of 65 year olds and over believed older generations were more likely to commit the offence. This was in spite of the fact that the 65 and older age group had the highest percentage of self reported drink driving at 33%, closely followed by 31% of the 55 to 64-year-olds.

So why is there the misconception that drink driving is more of an issue with younger people? Perhaps the campaigns targeting younger drivers have worked so well that not only are younger drivers not drinking and driving but the ads have worked to persuade the Australian public that drink driving is more of a common behaviour in younger drivers. But from 2008 to 2015, drivers aged between 17–25 saw a 7% decrease in road fatalities while people over the age of 75 saw a 5% increase5.

But tensions between various generations have always been present in Australia and the Baby Boomers and Gen Y are certainly no exception. The over 65 age bracket were the first to point the finger at younger generations with 35% placing the blame with younger drivers. And it was the 25–34 year olds leading the way in the opposite camp, with 17.5% of respondents laying the blame on older drivers.

However just over half of the survey’s respondents were of the opinion that drink driving is equally an issue for both young and old drivers (58.8%). And it is important to remember that no matter who is partaking in this dangerous behaviour, no matter their age, drink driving is an issue that has widespread repercussions that affect not just the drink driver themself but every person sharing the road with them. 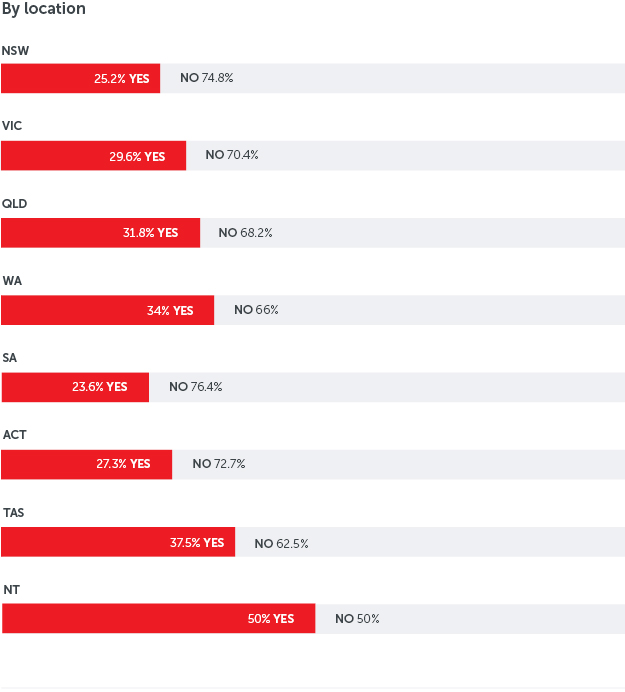 Australia lags behind in driverless cars race
Using a mobile phone while driving
Drink driving in Australia: Who’s to blame?
Australian roads, safer or more dangerous than ever?
Are Australians ready to buy cars online?
Car Insurance Claims – Not My Fault
Can I ride a scooter with a car licence?
Does Car Insurance Cover Rental Cars?
How Much Does Car Insurance Cost?
Electric car survey
How to turn on Do Not Disturb While Driving
Double demerit points 2020
4 ways to protect yourself against car theft