Aussies love their pets. According to the Pet Ownership in Australia report by Animal Medicines Australia, we own more than 24 million pets in this country and have one of the highest rates of household pet ownership in the world (62%).

Dogs still come out well on top in popularity, with nearly two in five households owning a pooch. Our national dog population is estimated to be around 4.8 million. Cats are the second most owned pet in Australia with 2.7 million total felines. Almost three in 10 households own a cat in Australia.

Fish come third as the most common Aussie pets, but there has been a decline in people owning fish in Australia over the past three years. In 2016, 8.7 million fish were owned as pets in Australia – 2.4 million less than in 2013.

Over the same period, bird ownership also dropped by around 11%, equating to just over half a million fewer birds sold as pets since 2013 (our national feathery total is 4.2 million).

These ‘big four’ – dogs, cats, fish and birds – make up the bulk of pet ownership in Australia. Aussies do own around 2.5 million other types of pets, however, including over half a million small mammals, 415,000 reptiles, and even the occasional hermit crab!

Owning and looking after an animal isn’t cheap. As a nation, we currently spend $12.2 billion a year on pet-related products and services – everything from birdseed and cat scratching posts to dog toys and aquarium filters. At first glance $12.2 billion seems like a massive number, so we’ve broken down the average cost of owning a pet in Australia into several categories. 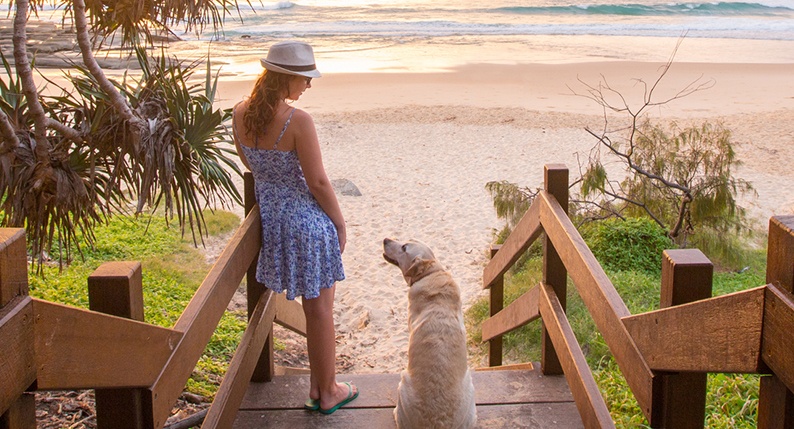 Any discussion about ‘average’ pet costs is going to be imprecise, since there are so many variables and lifestyle factors to consider. Nevertheless, it is possible to give approximate figures for how much it costs to own a pet in Australia.

Average cost of owning a dog

Average cost of owning a cat

Average cost of owning a bird

Bird owners are looking at an average annual expenditure of $479, with food costing $224 and products or accessories $122 [1].

Average cost of owning a fish

Fish aficionados have it even easier on the wallet, with an average annual spend of just $50*.

However, these ‘average’ figures can be highly variable. For example, it’s not hard for a fish owner to spend hundreds of dollars a year on aquariums, lighting, aerators, decorative pebbles, and accessories [2].

You might get the impression from pure statistics that that the cost of owning a cat is less than the cost of owning a dog. This may not turn out to be the case in the long run, because cats have a longer minimum lifespan (15 years, sometimes living past 20) than dogs (10-13 years). So, even though you might spend less money per year on a cat, you’re likely to own it for longer than a dog [3].

What it costs to buy a new pet Like any other major purchasing decision, getting a pet is something that needs to be considered within the context of your total household budget. Pets can add companionship, love, and even some extra exercise to your life, but they’re a financial commitment that should be carefully calculated.

First, there’s the initial expense. While the cost of a goldfish isn’t going to put much of a dent in your finances, a couple of Irish Wolfhounds are going to cost a lot more.

On average, Aussie pet owners should expect to pay between $3,000 and $6,000 during their first year as a new pet owner once all expenses are considered.

In terms of actually buying a pet, expect to pay anywhere from a couple of hundred dollars to several thousand dollars if you’re buying a cat or dog, depending on the breed and where you buy it from.

Even a fish owner has expenses to consider: a fishbowl or aquarium, some pebbles, maybe a filter and assorted other odds and ends to keep their finned friend alive and happy.

Still, the cost of owning a pet is ongoing, so if you’re weighing up buying a pet and wondering ‘how much does owning a dog cost?’, it’s important to factor hidden expenses into your purchasing decision. Once you’ve paid for your new pet, a number of other expenses enter the picture, including: 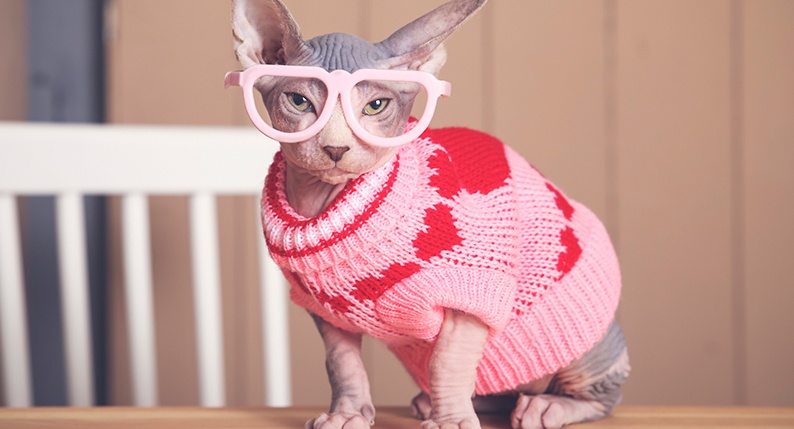 If you’ve noticed that the pet aisle at your local supermarket seems to be getting bigger and bigger, you’re right. Pet owners have a huge range of accessories to choose from: kitty litter, aquarium pumps, chew toys, reptile heat lamps, collapsible leashes, harnesses, collars, pet restraints for the car, and luxurious covered doggie beds.

Some products are essential, but most are just nice-to-have. Either way, it’s not difficult to spend several hundred dollars on pet accessories over the course of a year. 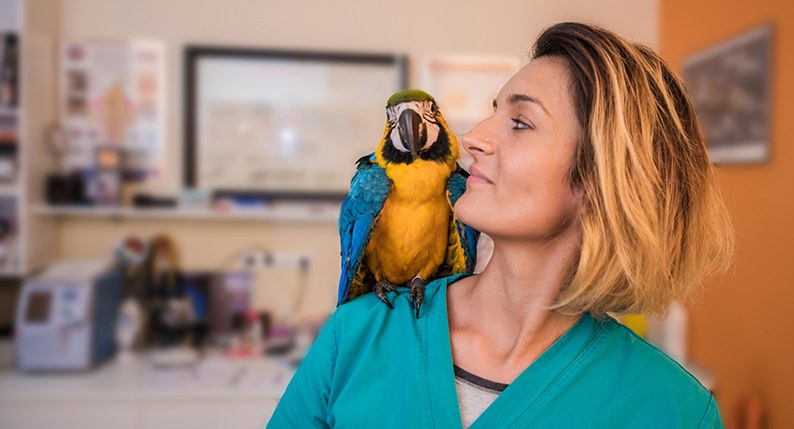 While typical vet costs in Australia aren’t too high, larger vet fees can occur if your pet is involved in an accident or develops a long-term health issue such as allergies or diabetes. As such, it’s important to factor in unexpected vet expenses if you are planning to buy a pet.

Additionally, when you first get your pet, you’ll be looking at costs such as microchipping (compulsory in most parts of Australia) and vaccinations. Later, you may have de-sexing expenses, regular vet check-ups, and costs for any health issues that crop up unexpectedly.

Keeping your pet safe from worms, ticks, and fleas can be a constant battle in many parts of Australia. Depending on the type (and size) of pet you own, you might pay $300-$400 per year on assorted medications to keep these unwanted critters at bay.

Treatment for parasites (internal and external) makes up nearly two-thirds of all pet healthcare products sold in Australia. Serums and vaccinations come in second with around 15% of pet product sales. 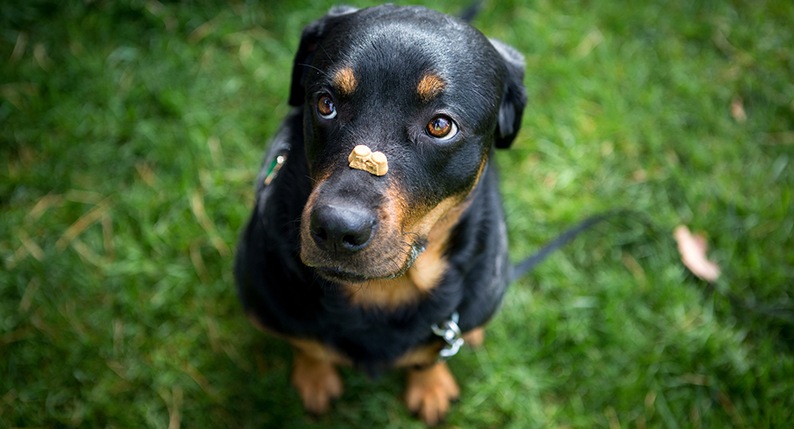 Pet sustenance comes in three basic forms: dry food, wet food, and treats. Your food costs will depend on the size of your pet, but if you’re feeding an average-sized dog with premium dog food and treats, you should calculate around $800 per year for food. 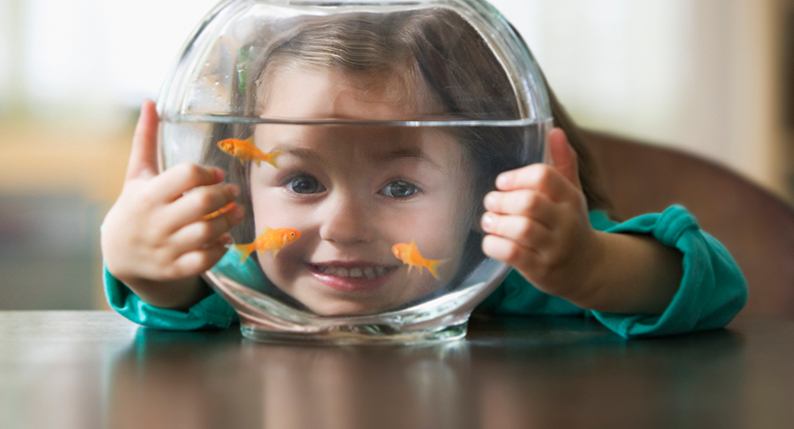 Pet insurance is becoming more and more competitive in Australia. Policy prices will vary depending on the level of cover you choose and the monetary value of included benefits. As a general guide, you might expect to pay between $20 and $60 per month, per pet.

Clever ways to save money as a pet owner 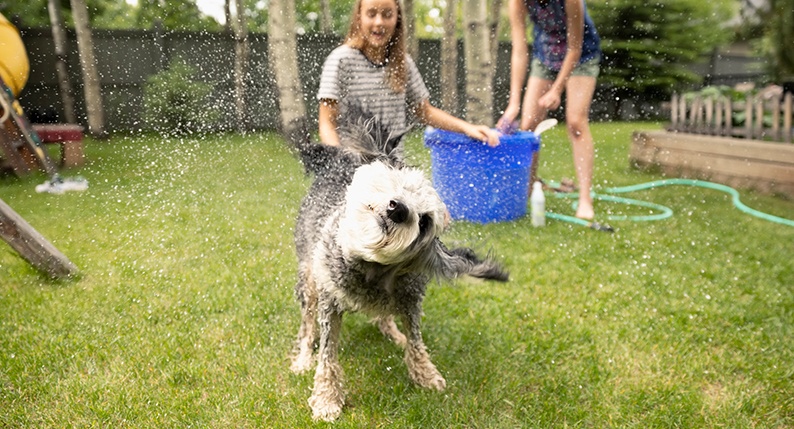 If the costs of having a pet sound scary, don’t worry – there are lots of ways you can reduce your annual costs while still enjoying the love and companionship of a cherished animal. Here are  some simple money-saving tips:

If you have the time and inclination, you can take care of much of your pet’s training and grooming yourself rather than paying a professional to do it. Instructional YouTube videos abound on how to house train puppies, teach obedience, give your pet a haircut (or nail trim) and much more.

Get your pet registered

Pet registration fees and requirements vary depending on where you live in Australia – the RSPCA can provide guidelines. For example, in NSW, the current pet registration fee is $55 for de-sexed animals and $201 for an animal that isn’t de-sexed (as of Sept. 2017) [4].

Check with your council on pet registration requirements and fees – they may offer discounts for older pets or for ‘lifetime registration’. Registration makes life easier if your pet ever gets lost, because it can then be traced back to the owner.

The cost of registration is only a fraction of what you might be fined if you fail to register your pet.

Buy from a shelter rather than a pet shop

There are several advantages to buying a pet from your local RSPCA or animal shelter. It could end up saving an animal that desperately needs a home. It’s likely to cost you less than what you might pay elsewhere, and you’ll be purchasing a pet that’s already been vaccinated, wormed and de-sexed, which saves you money later on.

There’s even a chance you’ll save on council pet rego fees (make sure you ask).

Before you buy any pet accessory, ask yourself (a) if you really need it and (b) whether you could create a viable substitute using items you already have in your home. With a little effort, you can probably make pet treats, beds, and toys yourself instead of buying the fancier versions from a shop.

Reassess what you’re feeding your pet

Grabbing some bargain dog bones from your local butcher is cheaper than buying them from a pet store, while buying lesser known brands of pet food in bulk can also save money.

Like many human Aussies, pets in our country have obesity and diabetes issues too, stemming from too much of the wrong types of foods [5]. By doing your research and focusing on nutrition and portion control, you’ll save on vet fees in the future. A healthy pet is a cheaper pet!

Is pet insurance worth it? 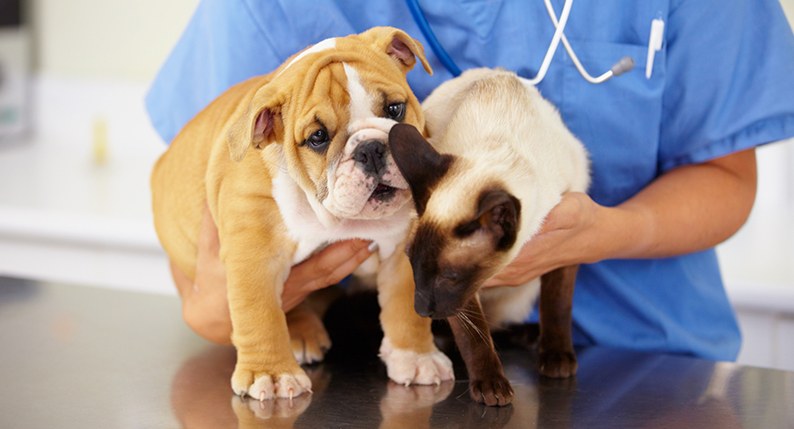 Pet insurance covers events like illness, accidental injury, veterinarian visits and consultations, tick treatments and more. Depending on your policy, routine care may also be covered (or alternatively, offered as an optional extra). In some cases, kennel fees may be part of the pet policy.

You probably know of someone who has experienced an unexpected pet injury or illness and had to fork out a bundle for the resulting vet care. Pet insurance can alleviate a lot of the worry about whether you’ll be able to afford a major incident with your pet.

We often forget that our pets have much shorter lives than we do – and unexpected health events can happen quite frequently, especially as they get older.

Go online and shop around for the best deal. Do your homework, decide what kind of cover you need for your pet and (as always) read the Product Disclosure Statement, which has all the fine print about the policy’s benefits, exclusions and limitations.

* Selected average yearly ongoing costs of an animal owning household, per animal. Other products and services have not been included above.

10 easy ways to remove dog hair from your car

Tips for naming your pets

Are You Taking Risks? Not Maintaining Your Electrical Home Appliances

Preparing your home for your new puppy