Australia is a nation in transition, especially when it comes to our homes and how we live in them.

A funny thing happened to Australia while you were sleeping – it became a completely different place. Okay, maybe it didn’t happen quite that fast, but it certainly seems like it. It’s sobering to think of all the things we take for granted today that didn’t even exist 20 or 30 years ago.

Take smartphones, for example. These days, everyone has one. But back in 1990 they were not only rare, but the few mobiles that existed were the size of jumbo burritos and had antennas sticking out of the top of them. And you certainly couldn’t take a photo or watch the latest movies on one.

How about televisions? 20 years ago we were all peering at these tiny, cubical boxes, and now we’ve got High-Def, flat-screen, fully digital, massively sized televisions with more pixels than you can shake a stick at. And if we’re not at home when our favourite show is on, it’s not a problem – we just record it for later viewing. We accept this as normal today, but it was unheard of before 1999.

Technologically, the hits have just kept on coming: the Internet, Wi-Fi, video streaming, digital photography (sorry, Kodak paper), online gaming and social networking. Floppy discs have been replaced with 1 TB flash drives and VHS tapes have given way to Netflix.

Today we have email (how did we ever live without that?), laptops, fibre optics, laser surgery, online shopping, advanced GPS systems, LED lighting, ATMs, genetically modified plants, human genome mapping and scanners at the supermarket checkout. And many of our latest advancements are probably newer than you think. Wikipedia wasn’t available until 2001 and Facebook (2004), YouTube (2005) and the Apple iPhone (2007) arrived on the scene even later.

The changing social face of Australia 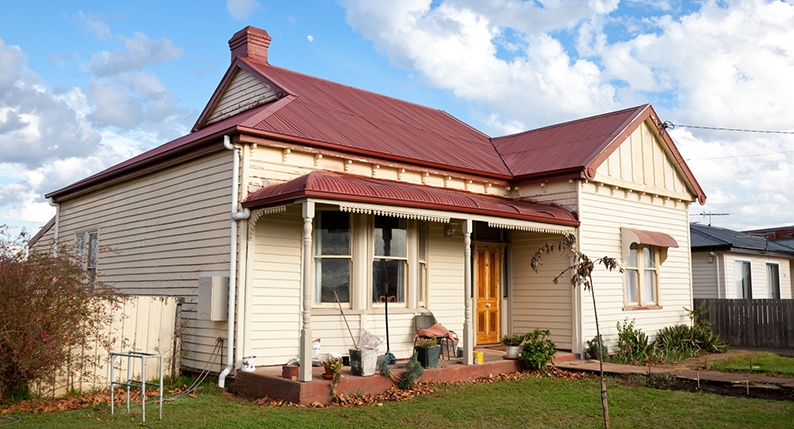 30 years ago, our population was around 16 million; today it’s over 23 million. Our life expectancy has increased and our national median age has risen from around 30 years to over 37

It isn’t just technology and new electronic gadgets that are changing the way we live. 30 years ago, our population was around 16 million; today it’s over 23 million. Our life expectancy has increased and our national median age has risen from around 30 years to over 37. Today, over a quarter of Australian residents were born in another country, with immigrants now more likely to be coming from Asia than Europe. Multiculturalism has become a prominent feature of our national identity.

Compared to three decades ago, fewer of us are now getting married, more of us identify as having ‘no religion’ and the industries we work in are constantly evolving and diversifying, with IT, financial, technical, mining, utilities, scientific and professional sectors comprising the most common employment opportunities in the modern age. 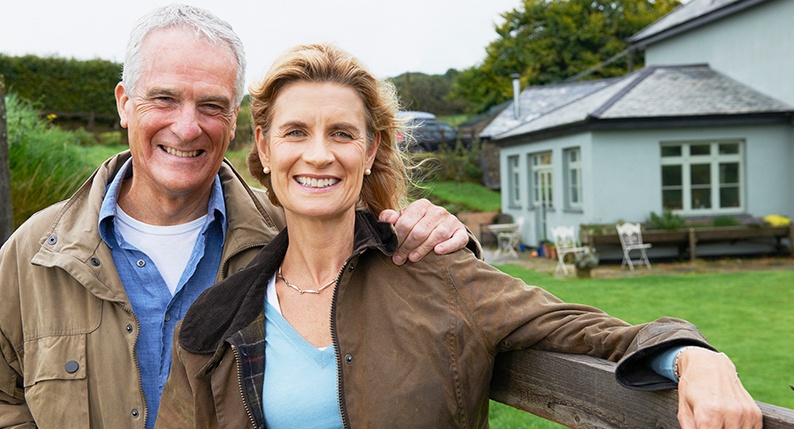 After the Second World War, Australia’s population dramatically increased and the national dream was to own a home in the suburbs, away from the hustle and bustle of the inner city. In 1947, home ownership rates stood at roughly 40%, but this jumped to over 70% by the time the Swinging Sixties arrived. Our cities expanded, our suburbs sprawled and our birth rates and immigrant numbers soared, with the Government actively seeking to boost the nation’s population. ‘Populate or perish’ was the motto of the time.

In the 1950s, houses were small, with the toilet and laundry often separate from the main structure. A fireplace, a veranda or a second story were often luxuries that were only available to more affluent Australians. Getting between your home and your workplace was tougher, too – there was limited public transport and many roads outside the cities were still unpaved.

In some areas, Council sewerage services had yet to make an appearance. With money tight in the post-war era, over a third of Aussies opted to build their homes themselves, with the family often squeezed into a small shed during the construction phase.

The wonderful world of brick veneer 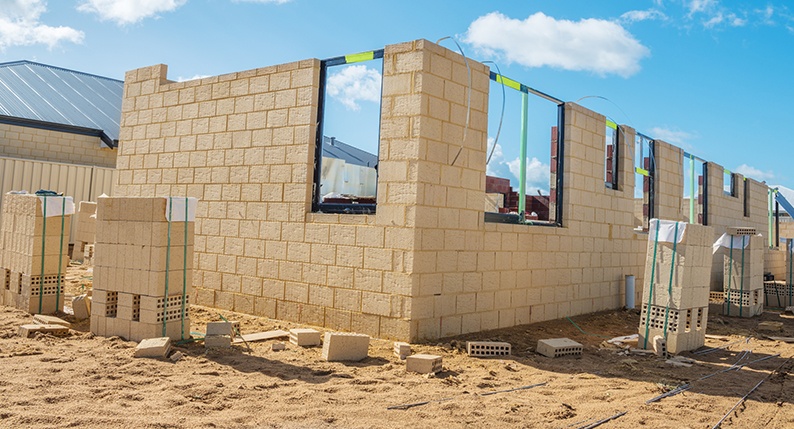 Before WWII, most Australian homes were made of timber or double brick construction. However, wanting a double brick home and being able to afford one were two different things. The high cost of double brick eventually led to the development of homes made of brick veneer, consisting of an internal timber structure covered with a single layer of brick on the outside. The brick veneer house has certainly stood the test of time, with many new Aussie homes still being constructed using this method.

While most of us consider car ownership a simple fact of modern life, back in the 1950s the most popular Holden automobile cost over a year and a half’s worth of the average wage. So most people simply couldn’t afford their own vehicle and relied on public transport or bicycles to get to and from work.
This changed in the 60s, and carports and garages became a standard fixture for many homes. Houses became a little larger as well, with annexes, patios, family rooms and additional bedrooms becoming common.

For those who weren’t in a position to buy their own homes, the 1960s saw a rise in city apartment construction as well, and the emergence of American-style ‘high-rise living’. Inner city accommodation still had considerable appeal for employees who liked being closer to their offices and wanted to avoid the traffic jams that the 70s and 80s had brought to urban Australia.

The 1980s were an era of more environmentally friendly homes and a boom time for the renovation of older houses. Many tired, ‘less-than-desirable’ neighbourhoods were given a facelift and revitalised. By the end of the 1990s our attraction to the conveniences of major population centres was plainly evident: 65% of us were living in a capital city.

And while the average mid-90s home had 2.5 more rooms than a house built in the year 1900, the basic materials used for construction really hadn’t changed all that much over the course of the 20th Century.

The appliances and gadgets were a lot more technologically advanced (no more washboards for you, Mum), but brick, timber, nails, mortar and glass still ruled as the essential ingredients for a typical Aussie home .

Welcome to the 21st Century – did you bring your wallet? 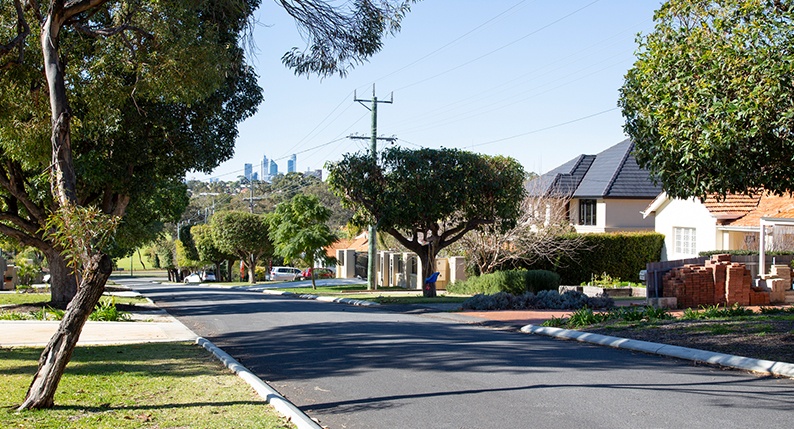 When we look at the state of Australian housing at the moment, one thing becomes glaringly obvious: we are spending a lot more of our available income on a place to live than we ever did before. And spending all that money is only part of the problem: housing availability isn’t keeping pace with our growing population.

Three decades ago (around 1985), more families relied on a single income, couples generally had more children and a typical first-time home buyer was younger than today. Mortgage options, generally provided by major banks, were more rigid and limited than what you find available today. But perhaps the starkest difference in the 1980s was the percentage of our income that went toward housing.

Is Australia in the midst of a housing crisis? 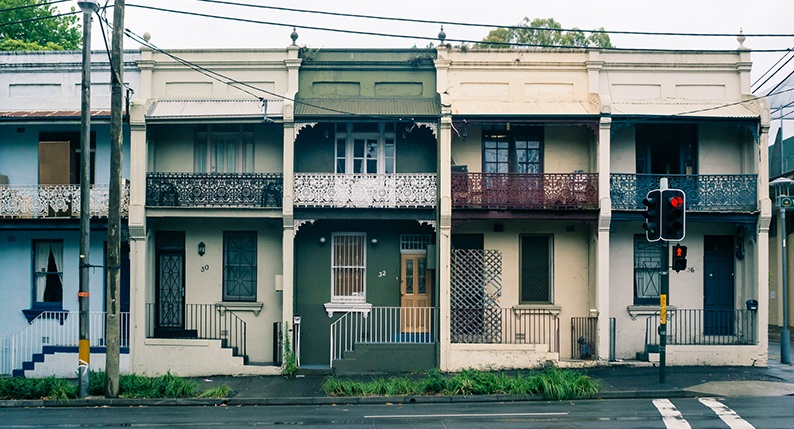 What this means is that it is now becoming harder for young people to afford to buy a new home, and many feel that they are perpetually chasing constantly rising prices. It’s a difficult dilemma: wait a little while until you’ve saved more money for a deposit, or bite the bullet and buy now because you’re afraid of what house prices are going to be like in as little as 2 or 3 years.

Home ownership among Australians in the 25-34-year-old age group was over 60% in 1981, but by 2011 it was down to 47%. Another ominous statistic is that housing stock in Australia (basically, the number of available places to live) had been consistently outpacing population growth in Australia since way back in 1947 – at least until 2001. Now a different trend has begun to emerge, with population growth starting to creep past housing stock for the very first time since the end of WWII.

For the first time in over a hundred years, the number of people living in individual dwellings in Australia actually went up (between the 2001 and 2006 Censuses)

The birth of the 21st Century also brought us another phenomenon: for the first time in over a hundred years, the number of people living in individual dwellings in Australia actually went up (between the 2001 and 2006 Censuses). This is rather astonishing when you consider that the size of the average family has been declining steadily since the 1960s, and the aging of our population overall would theoretically suggest that a higher proportion of people would be living alone.

Part of this trend might possibly be explained by the increasing number of younger Australians choosing, for financial reasons, to continue to live with their parents for longer periods after reaching adulthood.

The future of Aussie housing: lower expectations and more renting 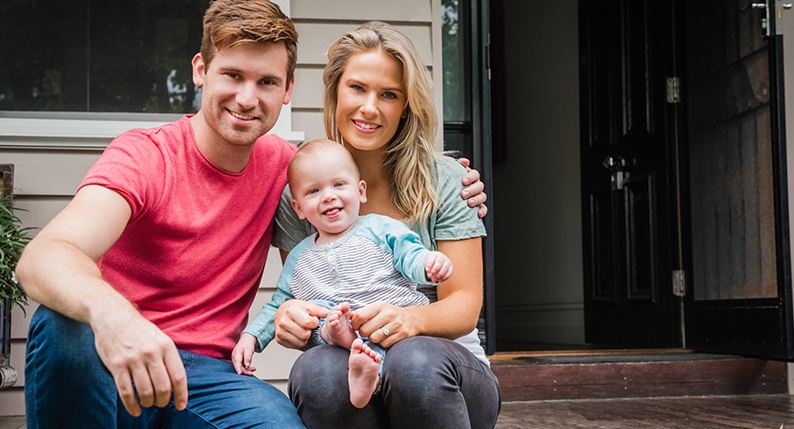 With the gap between average annual earnings and the cost of housing continuing to rise, more and more Australians are finding home ownership out of reach and are choosing to rent instead. Twice as many of us are now renting as compared to 1981, and this figure represents 23.4% of households, with projections suggesting that this trend will continue.

Twice as many of us are now renting as compared to 1981, and this figure represents 23.4% of households, with projections suggesting that this trend will continue.

A third of these renters have been renting for over 10 years, but there is still a perception in Australia that renting is a temporary solution rather than a permanent and accepted way of life. We have not yet adopted the European enthusiasm for renting (roughly 60% of German households rent, for example – over twice the Australian average) , but that day may come.

As we progress through this century, another factor enters the housing equation. Technological advances have blurred the once clearly defined line between home and workplace. The existence of email, laptops, phones-that-do-everything, Skype, PayPal and many other tools of an increasingly global economy mean that for an increasing number of Australians, our homes can also be our workplaces, either partially or completely. This has profound social and environmental implications for the future (less face-to-face social interaction at the workplace, a decrease in the need to commute, a growing ability for stay-at-home mothers to work from a home office, etc.).

Like so many other aspects of our society, the housing situation in Australia has changed dramatically over the past few decades, and our Government has some hard decisions to make. All that can safely be predicted is that those $132,000 house prices from the 1980s are unlikely to return.

How much does it cost to live in Australia?