Following the initial rollout of Lime scooters in 2018 ahead of competitors Neuron, Beam and Ride, Australia’s electric scooter laws continue to be a hot topic.

In March 2020, Lime pulled their scooters from Australian streets due to the COVID-19 pandemic and began putting its Generation Three model scooters back on our streets in July 2020.

These new e-scooters have addressed existing safety issues and defects (that conflicted with existing scooter laws) with a new electronic brake on the rear wheel and a mechanical drum brake on the front wheel.

Electric scooter laws in Australia have continued to vary from state to state in 2021. In some states and territories, users can ride an electric scooter at up to 25km/h, while in other states, electric scooters can only be used on private property.

Because of these laws, it can sometimes be difficult to know whether you’re following the rules or not. And this is why we’ve compiled a helpful list of Australia’s electric scooter laws by state so that you can keep track of all the do’s and don’ts when riding an e-scooter in Australia. 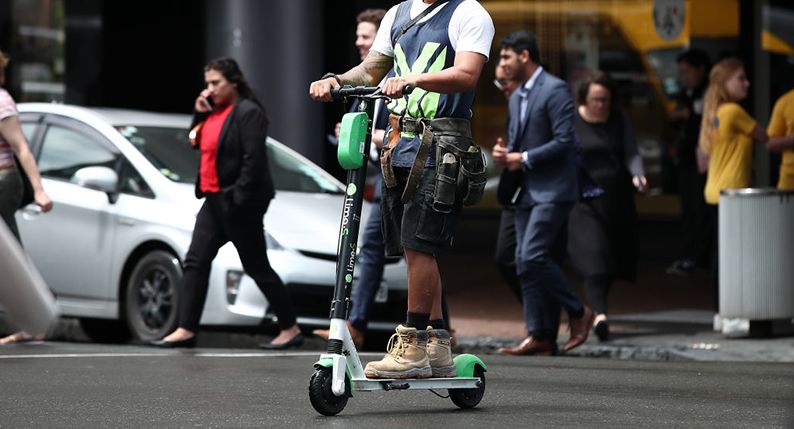 Brisbane was the first Australian city to trial electric Lime scooters back in 2018.

Since that initial trial, you can still only travel on an e-scooter at a maximum speed of 25km/h and should only be ridden on footpaths (wherever possible) – not on roads or in cycle lanes.

Some limited access to roads is permitted but only in specific circumstances. You can cross a road at a designated crossing and ride on local streets (with a speed limit of 50km/h or less) when it is safe to do so. Additionally, riders must wear an approved bicycle helmet. [1]

In May 2020 the Brisbane City Council extended Brisbane’s e-scooter trial for another 12 months with a larger focus on scooters being rolled out into the suburbs.

Both companies have a permit from Brisbane City Council; with Lime deploying up to 400 e-scooters while competitor Neuron has 600 e-scooters. [2]

It’s also important to note that Neuron has continued to keep its scooters on Brisbane streets even during the COVID-19 lockdown in 2020. 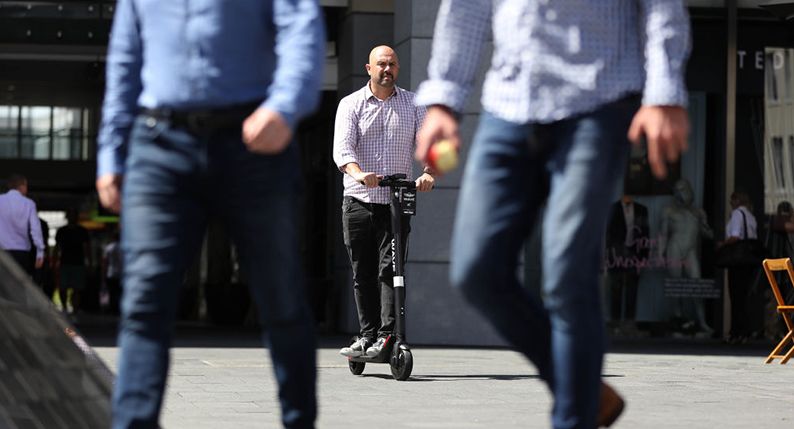 New South Wales road rules currently say that “powered foot scooters…cannot be registered and can only be used on private land.” [3] Therefore, it is illegal to ride an electric scooter in any public space (road or footpath) in New South Wales, other than on private property.

It’s important to note that an e-scooter trial was due to take place in 2021 but has now been rejected despite NSW’s Transport Department going as far as to recommend conditions for holding a trial.

The National Transport Commission also spent 18 months considering the barriers to the safe use of personal mobility devices with its final report (in August 2020) recommending “e-scooters be allowed on footpaths capped at 10km/h and on bicycle paths and residential streets up to 25km/h”. [4] 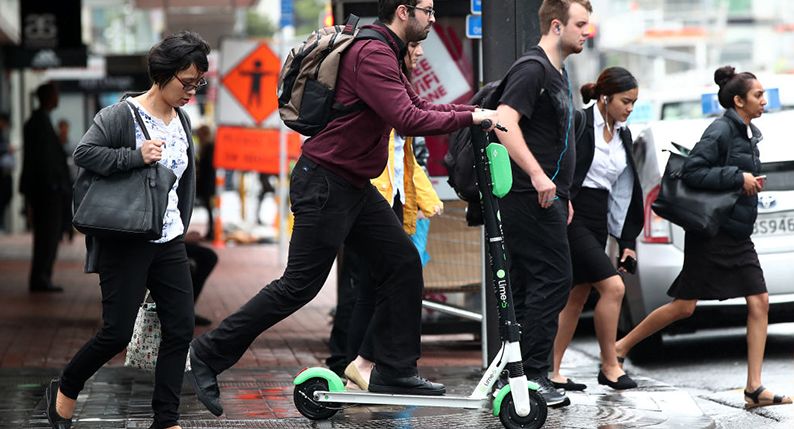 Victorian law stipulates that a motorised scooter cannot travel faster than 10km/h and must have an electric motor with a maximum power of 200 watts or less.

If an electric scooter doesn’t meet these conditions it can legally be used on private property, but not on a road, road-related areas, footpaths, shared paths and public areas. [5]

If an electric scooter fails to meet these requirements and is classified as a motor vehicle, then the electric scooter must be registered, and the rider must have a valid motorcycle license. [5]

Despite Lime holding electric scooter trials at Monash University in 2019, Victoria’s road rules continue to prohibit the use of e-scooters on footpaths.

Before the Lime scooter trial in Brisbane in 2018, electric scooters could only travel at 10km/h, however, this was changed to 25km/h during the trial. 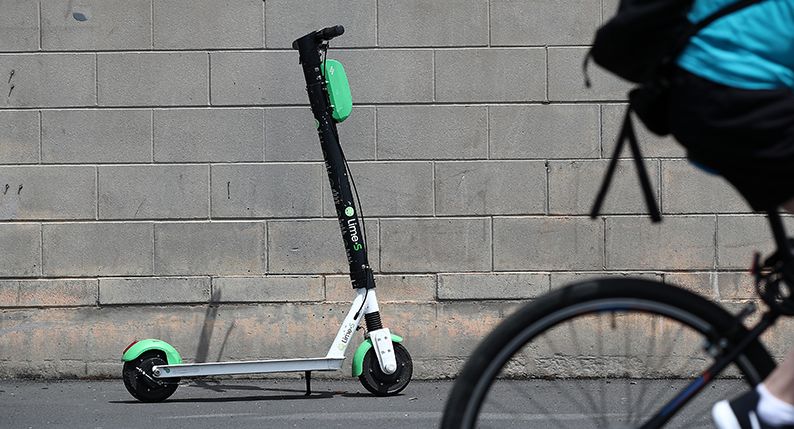 The law explains that “operating a motor vehicle requires a driver’s licence, registration and compulsory third-party insurance. As these devices [electric scooters] do not meet the safety standards under the Australian Design Rules and are not eligible for registration.” [6]

Despite these underlying laws, SA held their first e-scooter trial with 500 Lime scooters in Adelaide’s CBD from February to March 2019.

To ride these scooters, users had to be over the age of 18, wear a helmet and couldn’t exceed 15km/h. The scooters could only be used on footpaths or shared pathways, and could not be used on multi-lane roads, or any road with a speed limit of more than 50km/h. [7]

After the trial, Lime lost its permit to two competing e-scooter companies, Melbourne-based RIDE and Singapore-based Beam. This is said to be due to Lime’s failed attempts at enforcing council-imposed geographic boundaries around the CBD.

In December 2019 Beam failed to win an extension of its permit losing out to competitors RIDE and Neuron. [8] 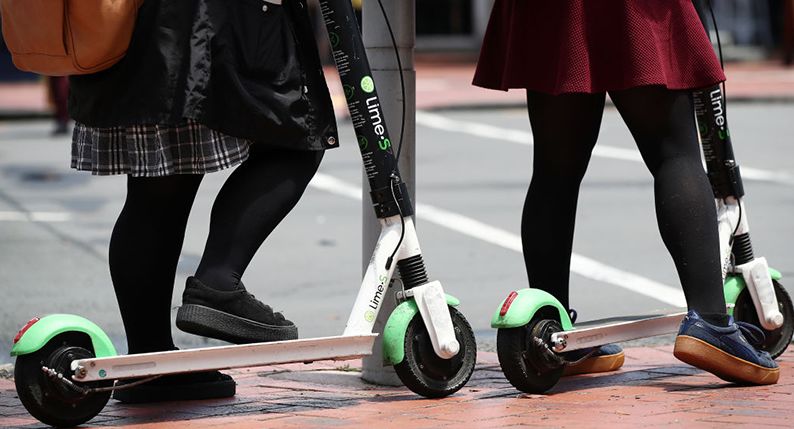 Currently, Western Australian laws stipulate that electric scooters can travel at more than 10km/h, have a maximum power outlet of no more than 200 watts and are permitted on roads, footpaths and shared paths as long as the rider keeps left and gives way to any pedestrians. [9]

If your e-scooter doesn’t meet these rules and regulations then it will be considered illegal to use on public roads and paths in WA and can only be used on private property.

E-scooter company Beam and the City of Bunbury, WA were finalising an agreement to bring the first e-scooter trial to Western Australia in early 2020.

Unfortunately Beam, in consultation with the City of Bunbury, decided to temporarily suspend its e-scooter roll out in Bunbury due to the ongoing COVID-19 crisis. [10] 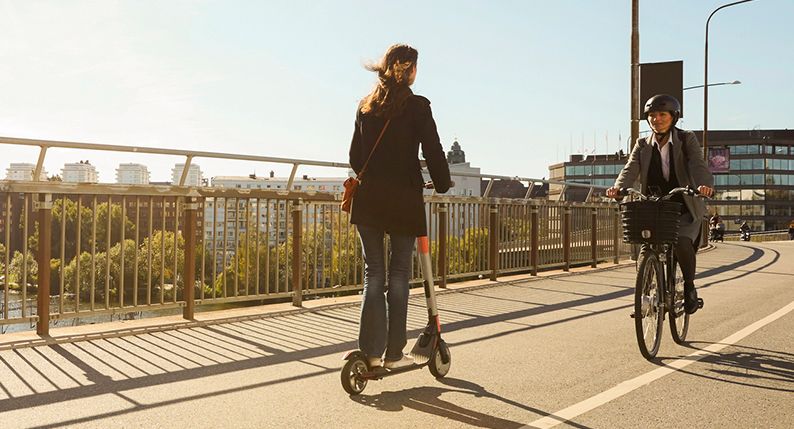 The Tasmanian State Growth Department is aware of e-scooter providers, their trials in other states and feels that e-scooters fall outside of the scope of use in Tasmania. 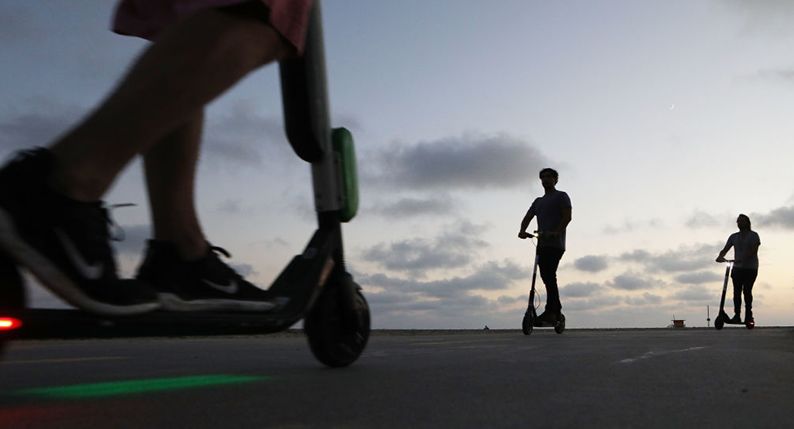 In the Northern Territory, a motorised scooter is defined as any “kick-type scooter that is equipped with an engine or motor.” All electric scooters are considered to be motor vehicles under Northern Territory law and must be registered to be used on roads or in other public places. [12]

Starting in January 2020 the City of Darwin has undertaken a 12-month trial of self-ride hire electric scooters from Neuron. At a base level, you must be at least 18 years old, wear an approved bike helmet and must not exceed 15km/h to ride an e-scooter during the trial.

The City of Darwin will monitor and evaluate the trial with expanding the use of e-scooters being dependent on the outcomes of the trial. [13] 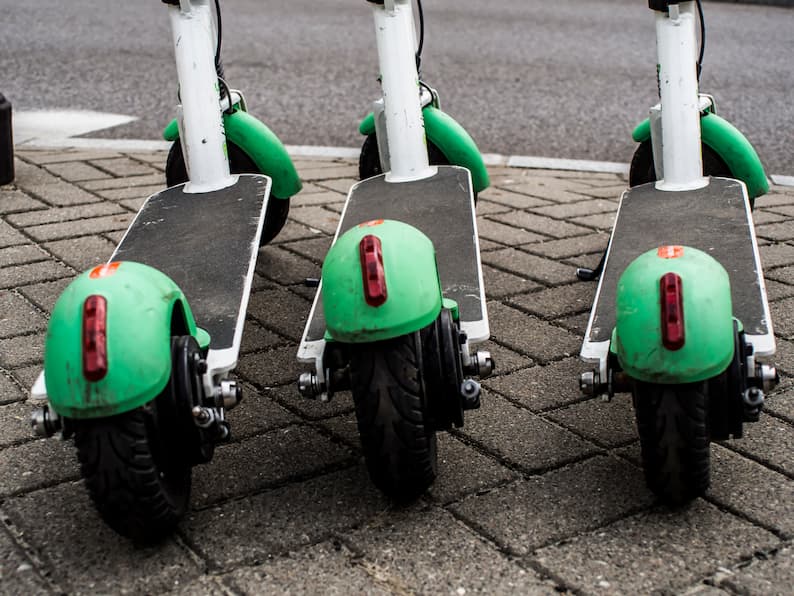 It’s important to note that you cannot ride on the road unless there is no footpath available or they are impractical to use.

Both Beam and Neuron operate shared e-scooters in Canberra. Shared e-scooters provide a convenient option for short trips on their own or combined with public transport.