Captain Risky has moved to the suburbs and is shaking up the neighbourhood with his new and improved house. We’ve all seen his Temple of Risk, complete with his own solar array system, man cave and dojo so we know there is nothing ‘normal’ about the way Captain Risky lives. So why the big move? Well, we can only think of one reason, and that’s so he can get insured with Budget Direct. But there is just one problem...the renovations.

Living in the suburbs was just not risky enough, so he’s done a little DIY renovation to make it feel more like home. He’s built a 10 foot ramp to launch his rocket car into his second level garage. There’s a helipad on the roof so he can land his trusty tiger stripped helicopter. The outside speakers play his theme song every time he opens the garage and his turbo charged Jetski sits proudly on the front lawn. It’s safe to say the neighbours are not impressed and Budget Direct definitely won’t insure him.

Most of his neighbours are insured by Budget Direct and 94% of them recommend Budget Direct to a friend. Captain Risky is starting to get the impression he’s never going to know that feeling.

This new ad further integrates our outstanding rating of 94%, with nine out of 10 customers recommending Budget Direct to a friend. In February 2015, we published our customer reviews website (www.budgetdirectreviews.com.au) that features claims and sales reviews from our customers all of which are collected and monitored by a third party. The site is updated daily and features both good and bad reviews from over 7,600 actual customers. 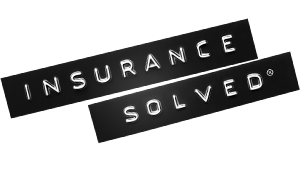 Figures represent average savings based on data provided by customers who reported they switched online to Budget Direct's, Comprehensive Car Insurance or Combined Home & Contents Insurance or Buildings Only Insurance or Contents Only Insurance from comparable policies, between 01/05/2020 and 31/10/2020. Individual circumstances and policy terms may vary. Please compare for yourself.

Help us direct your call

Get a Phone Quote Existing Customers Make a Claim Other Help