When you’ve decided to try for your first baby, you’ll want to find out as much as you can. If you’ve visited your doctor you’ll have already acquired some new knowledge about the whole magical process.

You’ll probably have learned some new terminology, too: words like antepartal, gravida and Lamaze. But if you want to learn even more about these matters, here are some interesting pregnancy facts for you:

The notion of eating for two

That whole ‘eating for two’ plan is a bad idea – you’ll just end up looking as big as two people. Experts say a pregnant woman at a healthy weight should only be eating an extra 300 calories per day. That’s the equivalent of a baked potato or half a cup of pasta.

Your statistical chances of having twins

According to the Australian Twin Registry, about one in 80 births in Australia is a twin. Of these, about 30 per cent are identical twins, the remainder non-identical (or fraternal).

Multiple births have increased over the past two decades, largely due to fertility treatments, assisted reproduction technology and the higher proportion of older mothers (who are more likely to have twins).

Looking for similar articles? Try one of these

Australia has one of the highest rates of caesarean sections in the world. In 2013, c-sections accounted for nearly one-third of all births, according to the Australian Institute of Health and Welfare. The World Health Organisation recommends c-sections only when they’re medically necessary.

Around half to two-thirds of pregnant women experience morning sickness. The exact cause is unknown but one theory is that it’s the body’s reaction to the pregnancy hormone, the levels of which are highest in the first trimester.

Symptoms can be relieved by eating a few dry crackers before getting up in the morning, avoiding foods that make you nauseous and drinking plenty of fluids1, among other things. Within the first full year of actively trying for a baby, 90 per cent of couples will achieve a pregnancy. But only a quarter will achieve this within the woman’s first cycle.

Hey, I didn’t order a whopper!

The largest surviving baby ever born came into the world in Sumatra in 2009, with a recorded birth weight of 19.2 pounds (8.7 kilograms).

If you’ve decided to use your baby’s due date as an excuse for some gambling, here are the odds. 90% of babies will pop out within two weeks of the due date and 50% within one week of it. Fewer than 10% will oblige by emerging on their exact due date.

The normal gestation period for us humans is around 280 days (nine months). The longest pregnancy ever recorded was reported in 1945 in Time Magazine – a whopping 375 days (over a year). The baby weighed in at a perfectly normal six pounds and 15 ounces2. 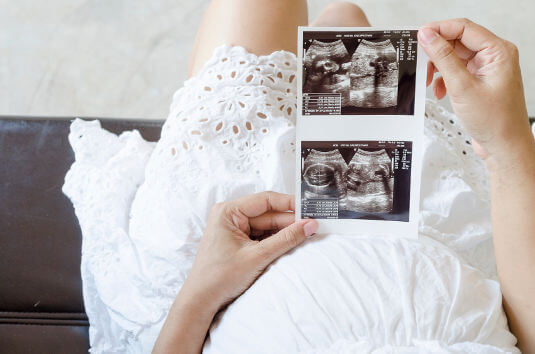 Legally, you’re not required to disclose your pregnancy to an employer at a certain time. However, most parental leave arrangements (like those under the National Employment Standards) assume a parental leave commencement six weeks before your due date.

This means you’ll have to tell your boss no later than the tail end of the second trimester if you’re planning on taking parental leave.

The human uterus can expand to 500 times its normal size to accommodate a baby.

If you choose, you can keep working during the last six weeks of your pregnancy. In that case, your employer may require a doctor’s certificate stating that you’re still fit to work3.

The human uterus doesn’t muck around: When it needs to grow to accommodate your new baby, it can expand to 500 times its normal size. Thankfully, it does eventually return to normal size.

Epidurals (regional anaesthetic provided as pain relief during labour) are used in about one-third of Australian births.

In the UK, only 25 per cent of births involve an epidural, while in the US the figure is up around 66 per cent. The use of epidurals in some European countries may be as high as 98 per cent for women in labour4. 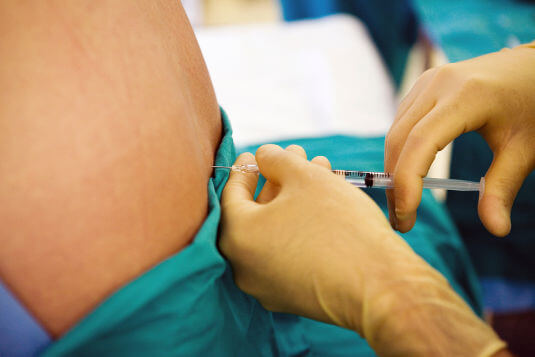 How many nappies does a typical baby go through in their first year? Well, experts say a newborn needs 10 to 12 nappy changes per day (this tapers off a bit after the first three months).

So, based on an average of eight to 10 nappy changes a day during the first year, you’re looking at between 3650 and 4380 yearly nappy changes. But this is good news (really!) – it means your baby is getting the nutrition and hydration it needs to grow5.

Modern home pregnancy tests didn’t come onto the market until the 1970s. And they were a lot more complicated that the ones we have today.

In 1978, a pregnancy kit first advertised in Mademoiselle Magazine consisted of a medicine dropper, an angled mirror, a vial of purified water, a test tube with a sheep’s red blood cells, and a clear plastic test tube support. The results took a couple of hours but were pretty accurate (97 per cent accuracy for a positive reading and 80 per cent for a negative).

In an age when we can duck down to the local chemist for a simple and inexpensive pregnancy tester, this may sound primitive, but it was the height of technology at the time (hey, back then we thought fax machines and mood rings were the bee’s knees).

And it’s an improvement on the oldest known use of urine testing for pregnancy, which the Egyptians swore by around 1350 BC.

When a woman was thought to be pregnant she would ‘personally water’ both barley and wheat seeds over a period of days. If the wheat grew, it meant she was pregnant with a girl baby. If the barley sprouted, a boy was on the way6.

The essential guide to travelling alone

The 6 best things to do on a cruise

Out with the mould, in with the new

The best travel gadgets you should take on holiday

Is credit card Travel Insurance enough for you?