You’ve graduated, degree in hand, and you’re ready to take on the world. The only decision left is where to ply your trade. With so many amazing cities in Australia, this can sometimes be a daunting decision. That’s why we’ve crunched the numbers to determine five of the best cities for graduates in Australia. 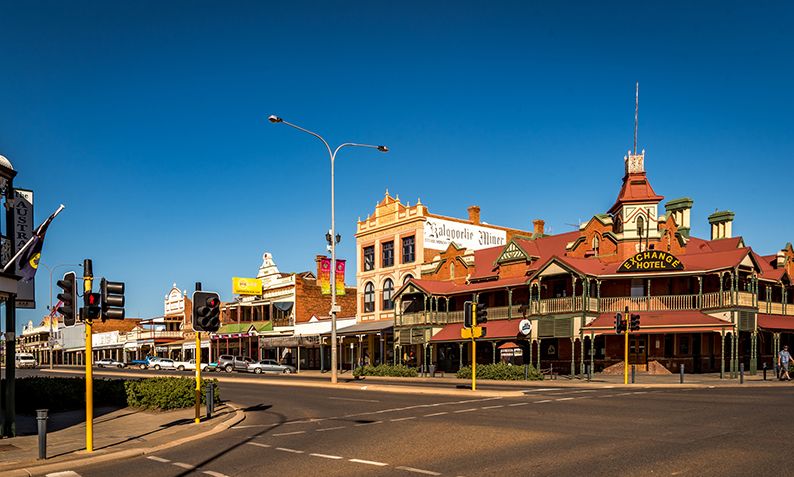 Conventional wisdom suggests you should move to a capital city after graduating, however, dig a little deeper, and there’s a lot to love about Kalgoorlie. Western Australia’s fourth most populous city, Kalgoorlie comes out on top in a number of crucial categories. First things first, according to Numbeo, Kalgoorlie has the highest average monthly salary of any city on this list at $6,368.78 net. To sweeten the deal, Kalgoorlie also has the lowest average rent price for a one-bedroom inner-city apartment of any city on this list at just $980. To round things out, Kalgoorlie has the lowest average price for monthly utilities – just $170.

Elsewhere, the average price of a cinema ticket is just $15 in Kalgoorlie, while a meal at an inexpensive restaurant will set you back just $20 on average and a mid-range bottle of wine costs only $15, all of which are in line with the Australian average. We’ve saved the best for last, too, as a 500ml bottle of domestic beer costs only $1.32 on average in Kalgoorlie – more than $3 less than the Australian average.

In terms of job prospects, Kalgoorlie is a very attractive destination for graduates. According to 2017 data from the Department of Jobs and Small Business [2], 95% of apprentice/entry level job vacancies are filled in Western Australia, which is the highest percentage of any Australian state.

Kalgoorlie might only have a population of 29,849 people, but if these figures are anything to go by, then the rest of us are missing out! 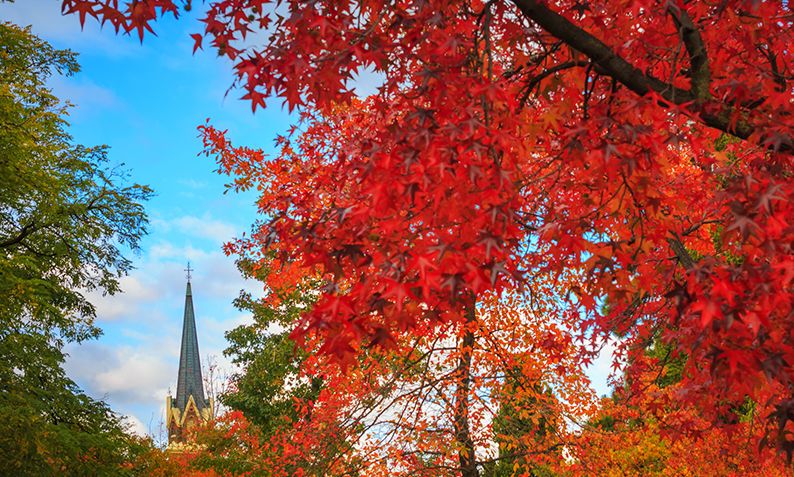 The best city for graduates in New South Wales, Armidale offers everything a recent graduate could want, plus a little more. Firstly, if you rely on public transport to get around, then Armidale is the place to be. According to Numbeo, a one-way public transport ticket costs just $2.00 in Armidale, which is half the national average and the cheapest of any city on this list. Armidale also comes out on top for the price of a meal at an inexpensive restaurant at just $15.

The average monthly salary in Armidale is $4,032 net, while the average monthly rent for a one-bedroom inner-city apartment is $1,068.84, meaning you’re unlikely to break the bank. Additionally, monthly utilities cost $185 on average in Armidale, while cinema tickets cost $18 and a mid-range bottle of wine costs $15.

Unfortunately, the bad news is that a 500ml bottle of domestic beer costs $6.04 on average in Armidale, making it slightly more expensive than the Australian average. However, with all the money you can save elsewhere, this shouldn’t be too much of a concern.

The job market in Armidale is also encouraging for recent graduates. According to March 2019 statistics from the Department of Jobs and Small Business [3], there are 649,000 job vacancies in New South Wales – by far the most of any Australian state – while 69% of entry level jobs are filled in New South Wales. 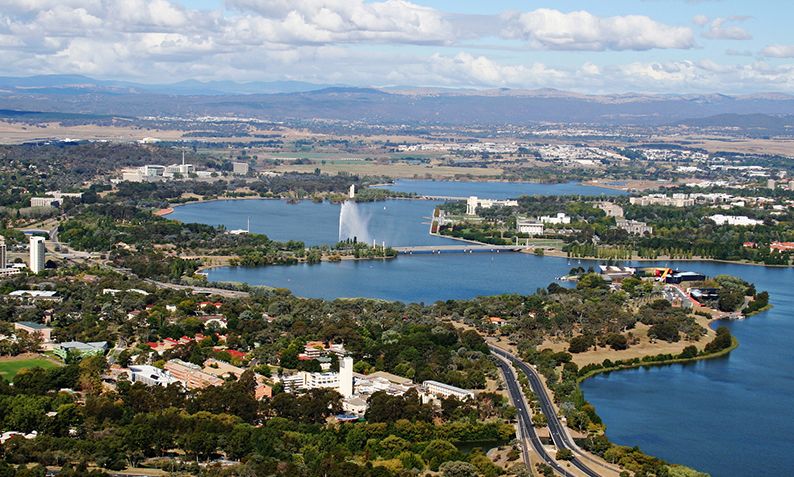 No, you don’t have to dream of a career in politics to move to Canberra. In fact, Australia’s capital city offers many benefits for recent graduates. Firstly, the Australian Capital Territory is one of only two Australian states or territories (the other being Tasmania) to experience growth (3.4%) in the number of job vacancies in 2019. In other words, there are plenty of jobs for graduates in Canberra, with the number of available jobs growing by the day.

In terms of leisure activities, a cinema ticket costs $18 on average in Canberra, while a mid-range bottle of wine costs just $15 and a 500ml bottle of domestic beer costs $4.11, which is slightly cheaper than the Australian average. Sun. Surf. Incredible nightlife. On paper, the Gold Coast is a graduate’s paradise. Thankfully, the numbers back this up. With an average monthly salary of $3,808 net and an average monthly rent price of $1,783.84, the Gold Coast is eminently affordable for recent graduates. Utilities are also fairly inexpensive at just $171.05 per month on average, while a one-way ticket on public transport costs $3.65 on average.

It’s the fun stuff where the Gold Coast really excels, though. Living up to its reputation, a mid-range bottle of wine costs just $15 on average on the Gold Coast, while a 500ml bottle of domestic beer costs $3.24, which is lower than the national average. Meanwhile, a cinema ticket costs just $14.50 on average – the lowest price of any city on this list – while a meal at an inexpensive restaurant costs $18.50.

Job prospects also look promising for graduates on the Gold Coast, as 74% of entry level/apprentice jobs are filled in Queensland [2], the second highest percentage of any Australian state. Queensland also has the third most job vacancies of any Australian state or territory, with 317,000 as of March 2019 [3], meaning there’s no lack of opportunity for recent graduates.

So, if you’re a recent graduate, the Gold Coast looks as good as gold! 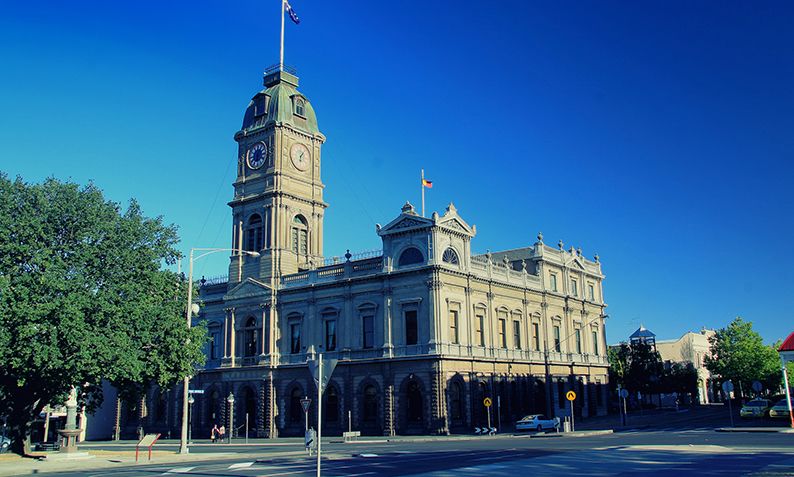 Last but definitely not least, Ballarat is the best city for graduates in Victoria. Incredibly, Ballarat beats the average Australian price in every category we measured except one (the average cost of monthly utilities), making it an extremely affordable destination for recent graduates.

According to Numbeo, the average monthly salary in Ballarat is $4,640.33 net, while the average monthly rent for a one-bedroom inner-city apartment is $1,252.17. The good news keeps coming, as the average price of a mid-range bottle of wine is just $14 and the average cost of a 500ml bottle of domestic beer is $3.50. You should have no trouble getting around in Ballarat either, as a one-way public transport ticket costs only $2.40 on average. Finally, a cinema ticket costs $17 on average in Ballarat, which pairs perfectly with a delicious meal at an inexpensive restaurant, which costs $16 on average.

Victoria also has the second most job vacancies (490,000) of any Australian state or territory as of March 2019 [3], meaning graduates should have little issue finding a job in Ballarat.

An instruction manual for your first job

5 Truths Every Renter Should Know

Holiday hacks: how to maximise your annual leave in 2020

Take Proper Inventory for Your Home and Contents Insurance Claims

Motorcycle vs car: 8 reasons to ditch your car for a motorcycle