When it comes to party-throwing, general celebration and epic public events, Aussies do it as well as anyone. Throughout the year in every corner of the country, you’ll find a huge range of events and festivals showcasing everything from art, music, sport, writing and Aboriginal culture to film, comedy, dance, food and beer. Here are our picks for the best Australian festivals in 2019:

Everyone has their favourites, so ‘the best’ will depend on your personal tastes. Here are just a few that are certainly worth putting on your calendar. Most are annual events, so just check with the organisers to find out when the next one is happening. 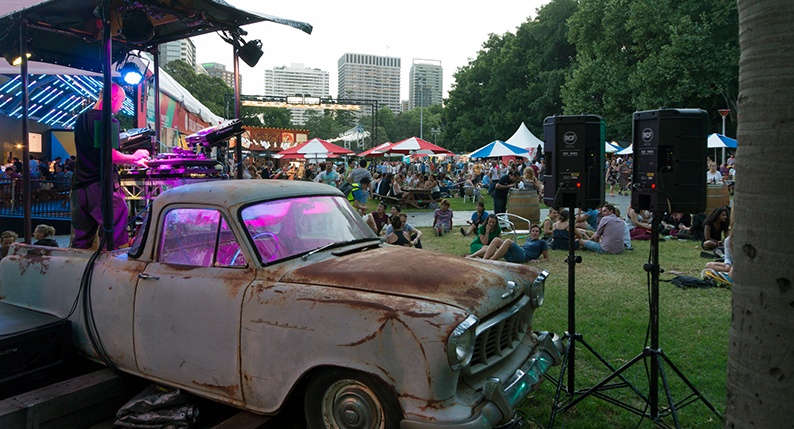 Every January, Sydney comes alive with free and ticketed events featuring some of the country’s most well-known performers. Experience jazz, indie rock, contemporary dance, theatre, circus performances and more. The scale is massive: in 2017 there were more than 1,000 artists, 150 events and 450 performances.

If you love country music, you’ll love this. Some of the most popular country music awards include the Australian Country Music Awards, Queen of Country Music Quest, Busking Championships, Battle of the Bands and People’s Choice Awards.

Now entering its 41st year, this colourful celebration of lifestyle diversity has more outlandish costumes, spectacular parade floats and uninhibited dancing than you can shake a stick at. Feather boas are optional.

This is Australia’s premier music festival, held each year over the Easter long weekend. When it first started in 1990, it attracted a crowd of 6,000 – now the numbers are well over 100,000. Expect to see some of Australia’s (and the world’s) biggest names presenting over 200 performances on several stages. Camping areas are available at this family-friendly event.

Beer-lovers unite! If fine ale, scrumptious food and organised street parties sound like a good time, here’s where you’ll want to be. A range of Oktoberfest events take place in various locations around Sydney, Melbourne, Brisbane and the Gold Coast starting in September/October. 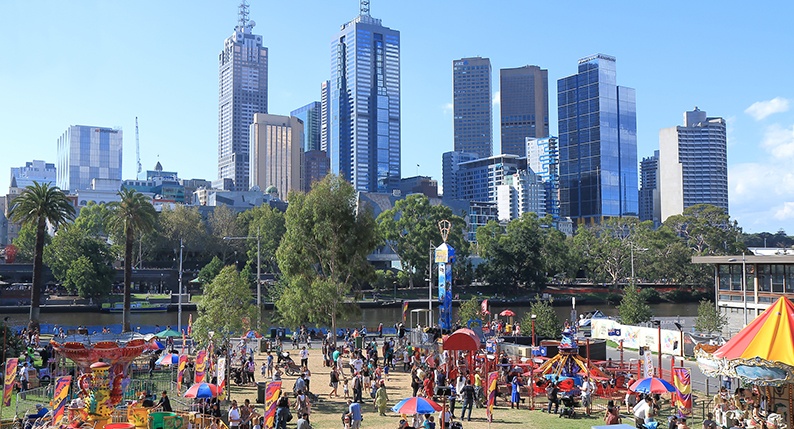 The Melbourne Festival brings together a selection of events in the fields of dance, theatre, visual arts, music and multimedia, and also features free and outdoor attractions spanning 17 days.

Port Fairy is a lovely seaside village on the southwest coast of Victoria, about 290kms from Melbourne. Their festival program includes music performances in several genres, comedy, street performers, craft stalls and an amazing exhibition of Aussie-made, handcrafted musical instruments.

If laughter is the best medicine, this is where to come to get your side-splitting dose. Playing at the Melbourne Town Hall on Swanston Street, the Festival features hundreds of the world’s top comics showing off their funniest acts. A range of shows catering for all tastes and age groups is presented each evening, with the late-night Festival Club keeping things moving along until well past your bedtime.

Running continuously since 1952, MIFF celebrates the world of Australian film through regular screenings spread over more than two weeks. If you’re a film buff, this festival has it all: opening night, engaging short films, awards, talks by film directors and actors, cinematography masterclasses and a whole lot more. 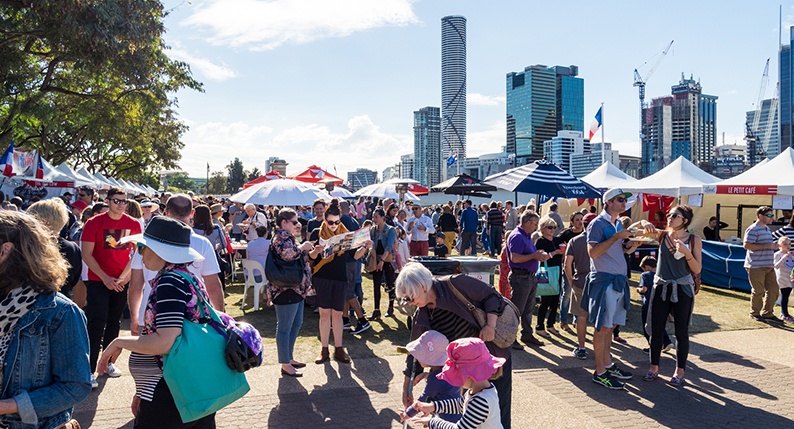 The CIAF is all about showcasing Aboriginal and Torres Strait Islander culture and bringing new audiences to the world of indigenous art. It provides a fair point of sale for indigenous artists and promotes cultural exchange through conversations, workshops, exhibitions, concerts and film screenings. 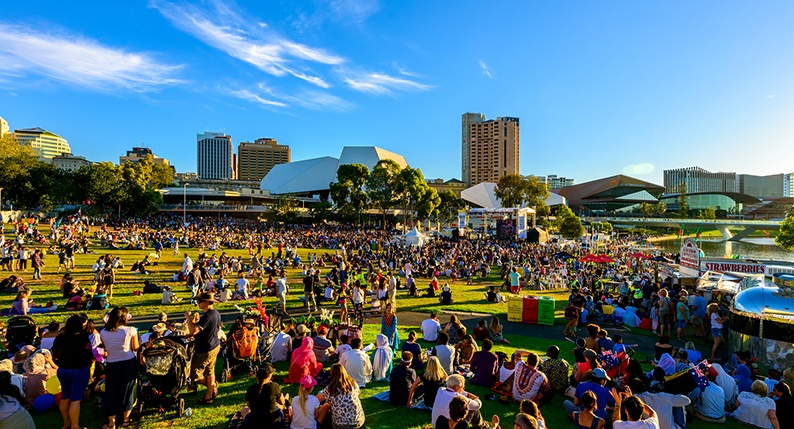 This open-access festival has been a rip-roaring feature on the South Australian landscape for 57 years and continues to grow in popularity. Free events and new talent are just part of what’s on offer. Adelaide Fringe prides itself on connecting audiences, artists and venues, pushing creative boundaries and nurturing cultural diversity.

For more than half a century, the Adelaide Festival has brought audiences an outstanding mix of globally acclaimed theatre productions, famous writers, premier musicians, stunning dance performances and innovative visual arts displays. March is a great month to be in Adelaide, with balmy days and star-filled nights – and this is a must-see festival if you’re in the neighbourhood.

This festival is all about children and families, and is divided into two categories: the public festival and a schools program that allows kids to participate in special events and performances organised through their school. It’s a wonderful display of engaged young minds, energetic performances, inspiring educational programs and youthful entertainment. 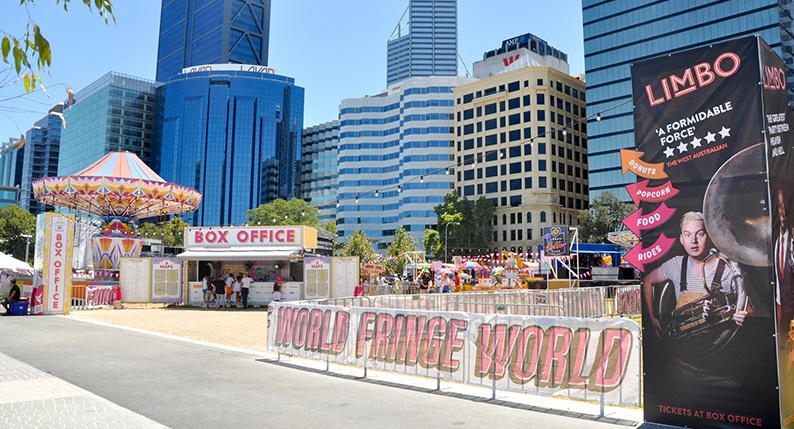 Perth’s Fringe Festival is big – and getting bigger. In 2017, the festival hosted 700 shows at over 150 venues, generating box office sales exceeding $10 million. Here you’ll find comedy, circus acts, music, theatre, dance, cabaret and much more. Fringe World has only been running since 2011 but is already the largest annual event in Western Australia.

The Perth Festival, founded in 1953, is the longest running international arts festival in the country and is considered the premier cultural event in W.A. It features some of the world’s greatest living artists and entertains over half a million people annually. It combines the finest in dance, circus, theatre, family events, classical music, film, visual arts, writers and more – there is truly something for everyone. 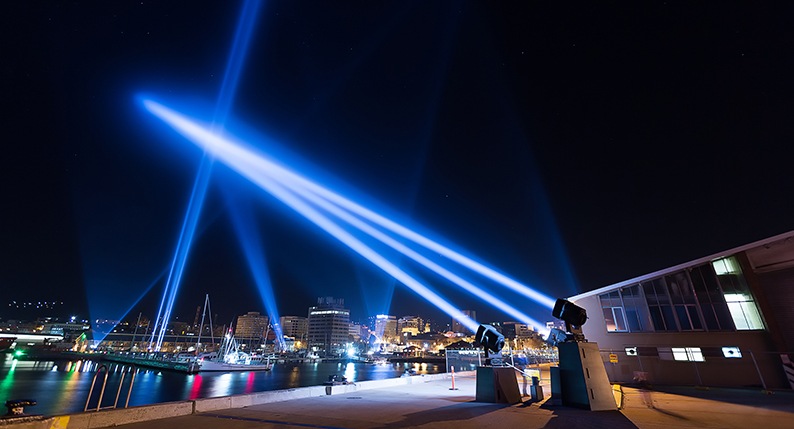 This festival only happens every two years, but it’s well worth waiting for. It celebrates artists from various islands around the world (Tassie, Hawaii, East Timor, Guernsey, etc.) – and their art. Additional events include film, dance, theatre and musical performances. 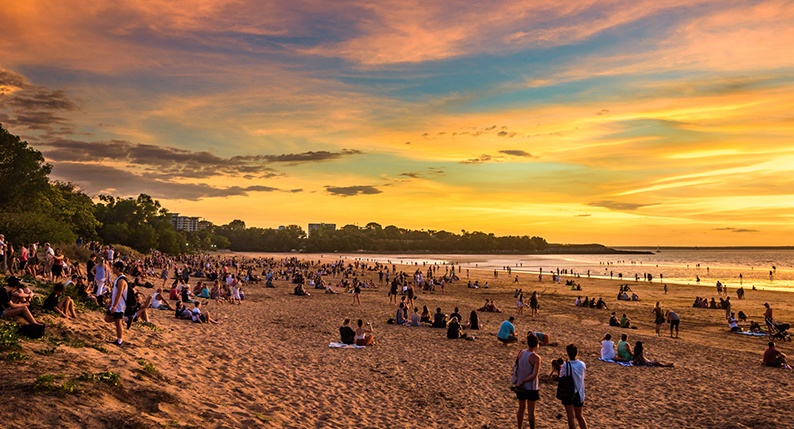 This has to be one of the coolest and most culturally enlightening festivals in Australia, celebrating the Yolngu culture in Arnhem Land. It includes community forums, dance performances, workshops, film presentations, open-air art displays and exhibitions. Best of all, it all takes place in beautiful bush settings in the Top End. 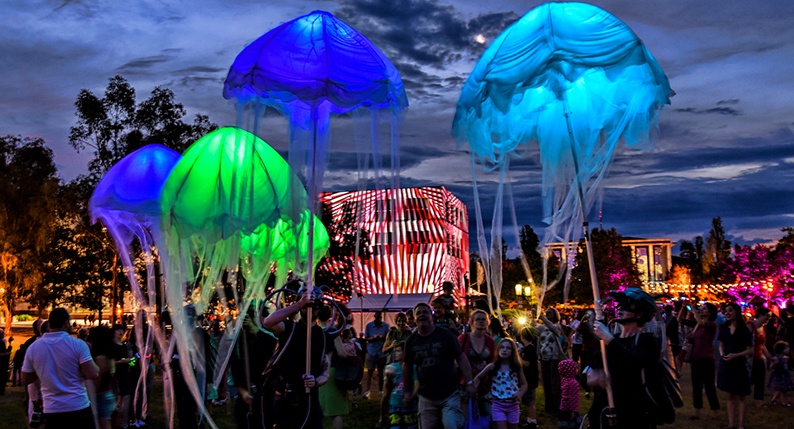 Here’s a festival for everything ‘folk’ – from traditional to contemporary. Listen to the music, stroll through the market stalls, experience A-list performers doing their thing and enjoy quality concerts, roving musicians and circus acts. It’s held every Easter at Exhibition Park in Canberra.

There are, of course, plenty of seasonal events like the Australian Open, New Year’s Eve on Sydney harbour and the Melbourne Cup Carnival to keep you busy too. It doesn’t matter where you find yourself across this sunburnt land – you don’t have to look far to run into a local festival or event. Here’s a handy list of major Aussie festivals to give you a few ideas. So get out there amongst it all – and don’t forget travel insurance for your added peace of mind.

The Rise of Urban Garden Design

Summer fitness: 7 tips for a healthier you