There’s no getting around the fact that cars are a big part of our lives, providing a convenient form of transport so we can get around and do what we need to do.

Their many advantages don’t come without a few drawbacks, however: all those vehicles contribute to climate change, traffic deaths, rush-hour gridlock and road rage.

In parts of Australia where public transport isn’t adequate for our daily needs, a car falls into the must-have, can’t-live-without category. But what do you really know about cars and driving, both at home and overseas?

If you’d like to become the go-to ‘auto expert’ at your next pub trivia night, here are some of the most unusual, random, enlightening and interesting facts about cars and driving: 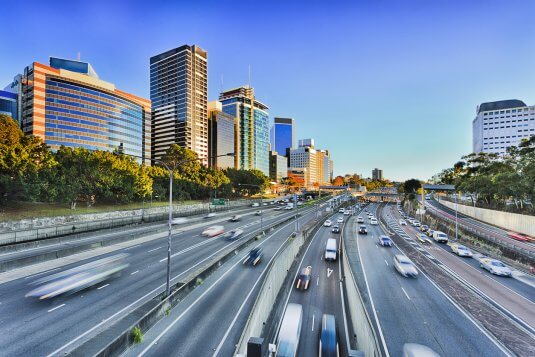 The average Aussie drives 14,000 kilometres each year in more than 13 million vehicles, which equates to driving a combined 182 billion kilometres annually. That distance would get you to and from the planet Pluto twenty times.[i] 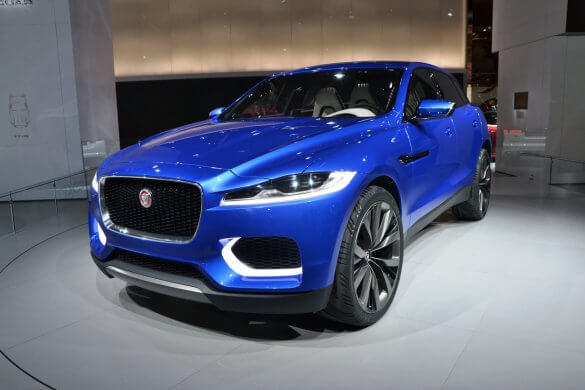 What is the best and most beautiful car on the whole planet? According to the 2017 World Car Awards, it’s the lovely Jaguar F-PACE, which scooped both the World Car of the Year and the World Car Design of the Year titles. This year’s votes were cast by 75 influential car journalists from 24 different countries.[ii] 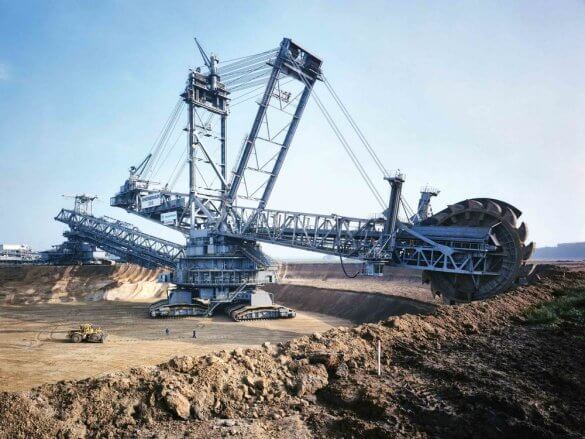 Ever wondered what the biggest land vehicle on earth is? No? Not even remotely interested? Never mind, we’re going to tell you anyway. It’s the Bagger 288 excavator, built by the German company ThyssenKrupp.

Worth around $100 million, it’s a mobile strip-mining machine, otherwise known as a bucket-wheel excavator. It can excavate 240,000 tons of coal in a day, which would be the rough equivalent of an entire soccer field being dug up to a depth of 30 metres. And in case you were wondering, yes, they’re incredibly hard to fit in the driveway.[iii] 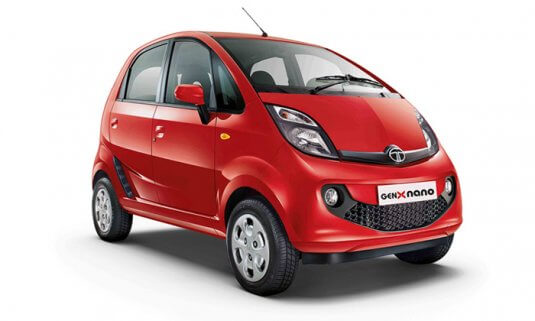 If your budget is tight and you’re searching desperately for the world’s cheapest car, you’ll want to check out the diminutive Tata Nano.

It’s a city car manufactured by Tata Motors in India and it’s currently the cheapest new car on the global market, coming in at a highly affordable price of 100,000 Indian Rupees. In Aussie dollars, that works out to about $2000.[iv]

The first recorded pedestrian fatality by car came in 1896, when Bridget Driscoll stepped off the kerb in a London street and was struck by a gas-powered Anglo-French model car driven by Arthur Edsall.

Witnesses described the victim as looking ‘bewildered’ by the approach of the vehicle and frozen in place, despite the fact that the car’s top speed was less than 10kms per hour. Edsall was arrested but not prosecuted, as the death was ruled an accident. The coroner famously said “I hope such a thing would never happen again.”[v]

Is driving backwards at speed something you aspire to? At the Goodwood Festival of Speed, a Nissan Leaf recently set a world record as ‘the fastest car driven over a measured mile in reverse’.

Stunt driver Terry Grant average around 55 miles per hour while zipping down the 3-mile long track, and said “The only complaint I have is a slight neck ache from constantly looking over my shoulder!” Don’t try this at home, folks.[vi] If you think your last speeding ticket was expensive, consider the case of millionaire CEO Richard Anderson, who was caught barrelling through a small Swiss village at 85 miles per hour in a 50mph zone.

Because he was a repeat offender and Swiss law dictates higher penalties for those who can afford to pay, Mr. Anderson was given a speeding ticket amounting to 290,000 Swiss francs. That’s about $300,000 in Australian dollars.[vii]
nbsp; 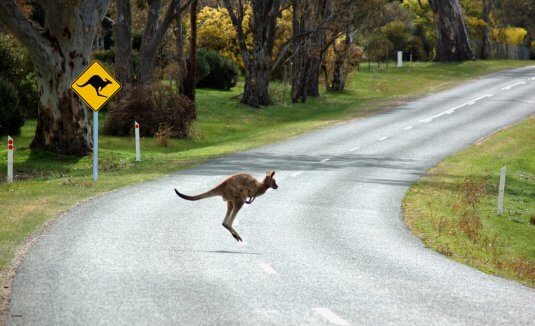 Did you know that animal-related crashes account for 5-6% of accidents on Aussie roads (and it’s believed this is under-reported)? Depending on which part of the country you live in, you might encounter kangaroos, cattle, emus, sheep, cassowaries or camels, but you should be especially alert during autumn, when deer mating season is in full swing.

In Australia, there are plenty of deer in parts of Tasmania, around Glen Innes in NSW, around Lake George in the ACT and in the southern highlands region on the Queensland/NSW border.[viii] To make life even more interesting, drivers in the Top End occasionally run into large crocs crossing the road in parts of the Top End during the wet season. 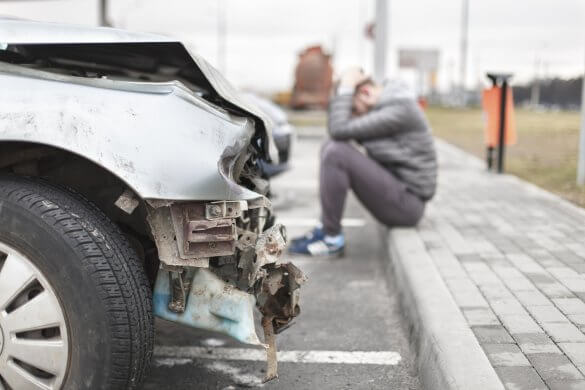 Is poor driving hereditary? According to a US study, children whose parents had experienced at least three accidents in the previous five years were 22% more likely to be involved in a crash when driving themselves.

The study, which looked at the accident records of 140,000 North Carolina families, compared the driving records of parents with those of children between the ages of 18 and 21. It also found that offspring were 38% more likely to have committed traffic offenses if their parents had three or more tickets for offences such as running a red light or speeding.

So while it’s a stretch to call bad driving ‘hereditary’, there’s an argument that bad motoring habits can pass from one generation to the next.[ix] 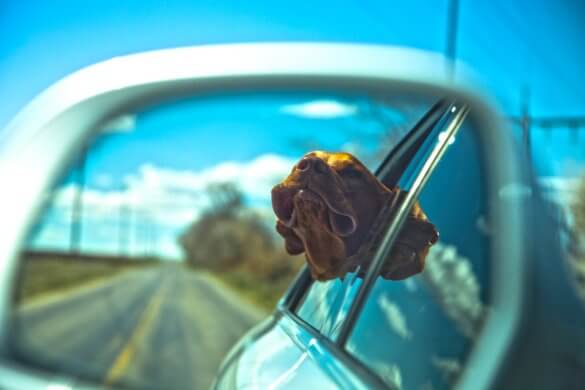 The world has some strange driving laws, many of which make you wonder about the circumstances that led to the law being created in the first place. Two that immediately spring to mind are:

(b) an Alabama law that stipulates that it’s illegal to drive while wearing a blindfold. Getting top marks for courtesy, however, is the law in Denmark that says you must check underneath your parked vehicle before driving off, just in case there’s someone hidden underneath (seems a bizarre place to nap, but who knows?). 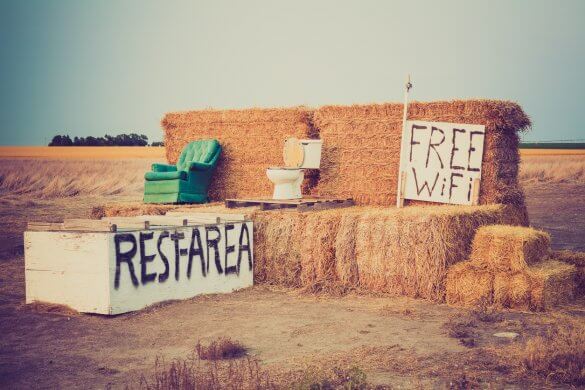 If you’ve heard of ‘trickle down theory’, you may be familiar with the urban myth that in the absence of a toilet, you’re legally allowed to urinate on the left rear tyre of your vehicle. Alas, aside from being incredibly disrespectful to your tyre, it’s also downright illegal.

Public urination is considered an offence all over the country, whether your own personal car tyre is involved or not. Queensland’s Summary Offenses Act even goes into a rather unnecessary amount of detail on the subject: “Evidence that liquid was seen to be discharged from the vicinity of a person’s pelvic area is enough evidence that the person was urinating.” Book ‘em, Dano.[x]

Although self-driving cars seem like some kind of distant fantasy, they’re becoming big business. According to the Boston Consulting Group, it’s estimated the driverless car market will be worth $77 billion by the year 2035 – just 18 years from now.

Not all of this money will come directly from the sale of vehicles, however – some of it is expected to come in the form of profits from self-driving ride-hailing services. The Brookings Institution predicts that a quarter of all cars on the road will be autonomous by 2040.[xi]

Although Aussies drive on the left side of the road, we’re in the global minority. Only about 34% of the world’s countries do the same. Several historical figures including Benito Mussolini, Adolf Hitler and Napoleon changed driving laws in certain countries while they were in power, switching the requirement from one side of the road to the other.[xii] 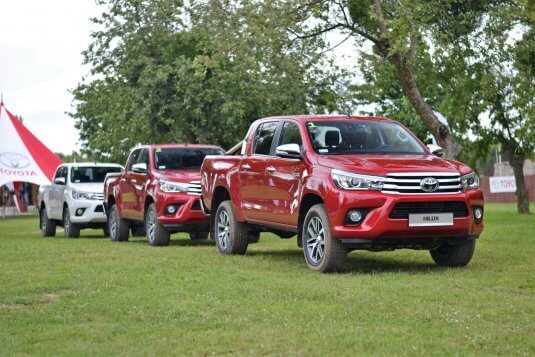 The best selling car in Australia in 2017 isn’t a car – it’s a ute: the Toyota Hilux. Over 4,000 were sold in the month of August alone. Taking second place is another ute, the Ford Ranger.

The Hilux has topped sales charts in Australia for several years in a row now, and its popularity shows no signs of diminishing any time soon. When it comes to sedans, the Toyota Corolla tops the popularity list as of August 2017, with the Hyundai Tucson hot on its heels.

Sort through contents: Declutter your home, organise your life

Australian jobs at risk of automation

The Road To Driverless Cars