In January 2015, Australian Treasurer Joe Hockey, while attempting to explain why Australians should be paying more for health care (and justifying his budget), made a comment that was met with some scepticism at the time: he said “it is highly probable a child has been born who will live to be 150.”

Opposition leader Bill Shorten shot back: “This proposition to justify his budget based on a not-yet-born baby’s 150th birthday… just shows that I suspect our Treasurer’s simply lost the plot.”

Putting the political point-scoring and rhetoric aside for a moment, Mr. Hockey’s comment does raise an interesting question – is it possible that a child born today might actually live to be 150 years old?

When we talk about human life expectancy, we have to take a close look at how we’re measuring it – and this is where things can get confusing.

What most of us refer to as ‘average life expectancy’ is actually ‘life expectancy at birth’. It’s based on the average number of years a newborn baby can expect to live in a specific society at a particular point in history, assuming living conditions will remain roughly the same for the duration of that life.

Unfortunately, this isn’t a terribly efficient way to measure and compare adult longevity.

Why? Because one of the most influential factors in life expectancy at birth is the infant (and child) mortality rate. For our ancestors (whether 200 or 2000 years ago), this figure was much higher than it is today, which had the effect of skewing ‘average life expectancy’ rates downward quite dramatically in previous eras.

To say that ‘the life expectancy of our prehistoric ancestors was only 37’ doesn’t mean that the average person in those times only made it to age 37. Many of them would have lived to 60 or 70, but extremely high infant/child mortality rates seriously dropped the average age of longevity.

So the common modern perception that we’re living nearly twice as long as people did in the not-too-distant past isn’t accurate at all. What these statistics show instead is that a lot more of us today are now surviving into adulthood, thereby increasing our ‘average lifespans’ in a big way

According to the US National Centre for Health Statistics, life expectancy for American men was 45.6 years in 1907 but rose to 75.5 years by 2007 – an astounding increase of 30 years within one century! What made the major difference, however, was infant mortality – a rate of around 10% in 1907, but only 0.68% in 2007. Infant mortality reduction wasn’t the only factor in this extraordinary increase of course, but it was the defining one.

So the common modern perception that we’re living nearly twice as long as people did in the not-too-distant past isn’t accurate at all. What these statistics show instead is that a lot more of us today are now surviving into adulthood, thereby increasing our ‘average lifespans’ in a big way.

Interestingly, if you look at the age of the oldest-living people from around 1960 (between 110 and 115 years of age), you’ll find that it’s virtually identical to the ages of the longevity record-holders of today – so maximum lifespans really haven’t changed at all in over half a century.

The Age Of Medical Miracles

Latest figures show that life expectancy in Australia is 79.9 years for men and 84.3 years for women [1], which puts us among the top 10 countries in the world for both male and female longevity [2] according to WHO World Health Statistics (2014).

There’s no doubt that medical advancements in the past century have played a huge part in improving life expectancy rates in Australia. Our understanding of the causes of diseases has progressed mightily, which in turn has led to major victories in the battle against illness and age-related ailments. Medical science has put a big dent in many of the diseases that once led to premature death.

There’s no doubt that medical advancements in the past century have played a huge part in improving life expectancy rates in Australia.

Looking back to the beginning of the 19th century, the primary causes of premature death were diseases like typhoid, scarlet fever, smallpox and rheumatic fever. Modern vaccination programs, antibiotics and a better understanding of medical science have made these diseases far less of a threat today.

Historically, here are some of the most important medical breakthroughs that have contributed to increased human longevity: Of course, these are just a few of the breakthroughs that have played a starring role in helping humans live longer. Others include X-rays, DNA research, blood-thinning agents, high blood pressure medications and cholesterol-lowering drugs.

Medical advancements have become such a normal part of our everyday lives that we now tend to take them for granted. Australian snakebite statistics present a classic example. Anyone who watches Animal Planet knows that 19 of the 23 deadliest snakes on earth are found Down Under, and that we’re the only continent where venomous snake species outnumber non-venomous varieties.

Every year around 2000 people are bitten by snakes in this country, so you would naturally assume the potent combination of lots of deadly snakes and plenty of bites would translate to a fairly high death rate. But the statistics tell a completely different story: on average, only 3 or 4 people die from snakebite in Australia each year [3].

This extremely low fatality rate is due to the increased availability and effectiveness of antivenins and the introduction of much improved first aid techniques.

As recently as the 1960s, some outdoor survival manuals were still advocating cutting a cross shape into the bite site with your penknife, sucking out the venom and then applying a tourniquet – methods considered not only ineffectual but downright dangerous today (the modern technique involves a pressure bandage and immobilisation).

And Now For The Bad News

It’s clear that recent generations have done a great job of eliminating or at least seriously reducing many of the factors that once resulted in lower life expectancies.

Poor sanitation practices have been replaced with a better understanding of hygiene (doctors didn’t adopt the practice of washing their hands before surgery until the mid-1800s). The quality of training for medical personnel has improved out of sight, along with health technology.

Guesswork about the causes and best treatments of illnesses has been replaced with scientific fact (people once believed malaria was caused by breathing ‘bad vapours’ and that bloodletting was a handy cure for just about everything).

Cutting edge stem cell research, new medications, space-age treatments and superior aged care are all playing a part in ensuring that people today have every chance of living to a ripe old age.

Unfortunately, just as we celebrate our successes in conquering many of the major health issues of yesterday, we find ourselves confronted with a whole new set of health and environmental challenges in the 21st century.

According to the World Health Organisation, the 3 major causes of premature death in 2014 were coronary heart disease, stroke and lower respiratory infections.

According to the World Health Organisation, the 3 major causes of premature death in 2014 were coronary heart disease, stroke and lower respiratory infections (such as pneumonia). We may have thrashed smallpox and diphtheria, learned how to tackle gangrene and put the bite on bubonic plague, but we’ve supplanted these gains with a whole new set of ‘lifestyle diseases’, many of which are caused by nothing more than physical inactivity, poor diet and unhealthy lifestyle choices.

The human race is now fatter than ever before – and this has all happened very quickly. Obesity rates in Australia have doubled in the past 20 years, and if current trends continue, 83% of Aussie men and 75% of Aussie women over the age of 20 will be overweight or obese by 2025 – not to mention about a third of all 5-19 year olds. This equates to roughly 17 million obese/overweight Australians within the next 15 years [4].

These days we sit more, move less and eat a lot of processed and adulterated foods that previous generations would scarcely recognise as food at all.

In an increasingly urbanised society, the family vegetable garden, chicken coop and milking shed are long gone. In their place are ‘diet’ soft drinks with no nutritional value (but plenty of ‘interesting’ chemical ingredients) and takeaway foods overloaded with harmful fats and excessive sugar. 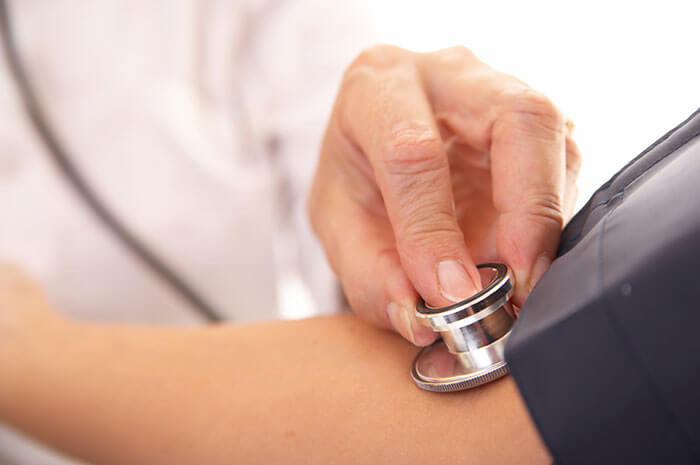 And while the number of smokers in Australia has been steadily decreasing since 1990 [5] (great news), diabetes is on the rise and is now the fastest growing chronic disease in Australia (and the 6th-highest cause of disease death in this country overall), with one person being diagnosed every 5 minutes [6].

21st century afflictions like obesity, heart disease and stress-related illnesses are sure to put a damper on any optimistic predictions of soaring life expectancies in the near future.

Global cancer cases are also on the rise, up 20% in just the past decade [7], with a fair chunk of this increase attributed to lack of exercise, excessive alcohol and tobacco consumption, poor dietary habits and other lifestyle-driven factors. We’re working longer hours, sleeping less and being bombarded with conflicting marketing messages about exactly what is ‘healthy’.

Be Careful What You Wish For

The other obvious question is this: even if we could live to be 150, would we really want to? From time to time, you have probably wondered how to live 150 years. But, by stretching out the human lifespan, age-related health issues would expand: Alzheimer’s, dementia, coronary heart disease, arthritis, osteoporosis, Parkinson’s, cancer, eye problems and much more; incidents of broken bones and head injuries from falls would soar.

Many of us like to think of increased human longevity as a wondrous possibility symbolising our ingenuity, but there are negative aspects to consider as well.

So, could we really live to be 150? At the moment, such a prospect is pure conjecture – there is no scientific evidence to suggest it will ever happen.

If you found this article interesting, read Can We Live Forever? Medical Science Says ‘Perhaps’. It is a fascinating read on how medical science is extending how long we live for.

Is Your Fitness Band about Fitness or Fad?

The Difference Between Food Allergies and Food Intolerance

Top 7 Overseas Travel Scams (and How to Avoid Them)